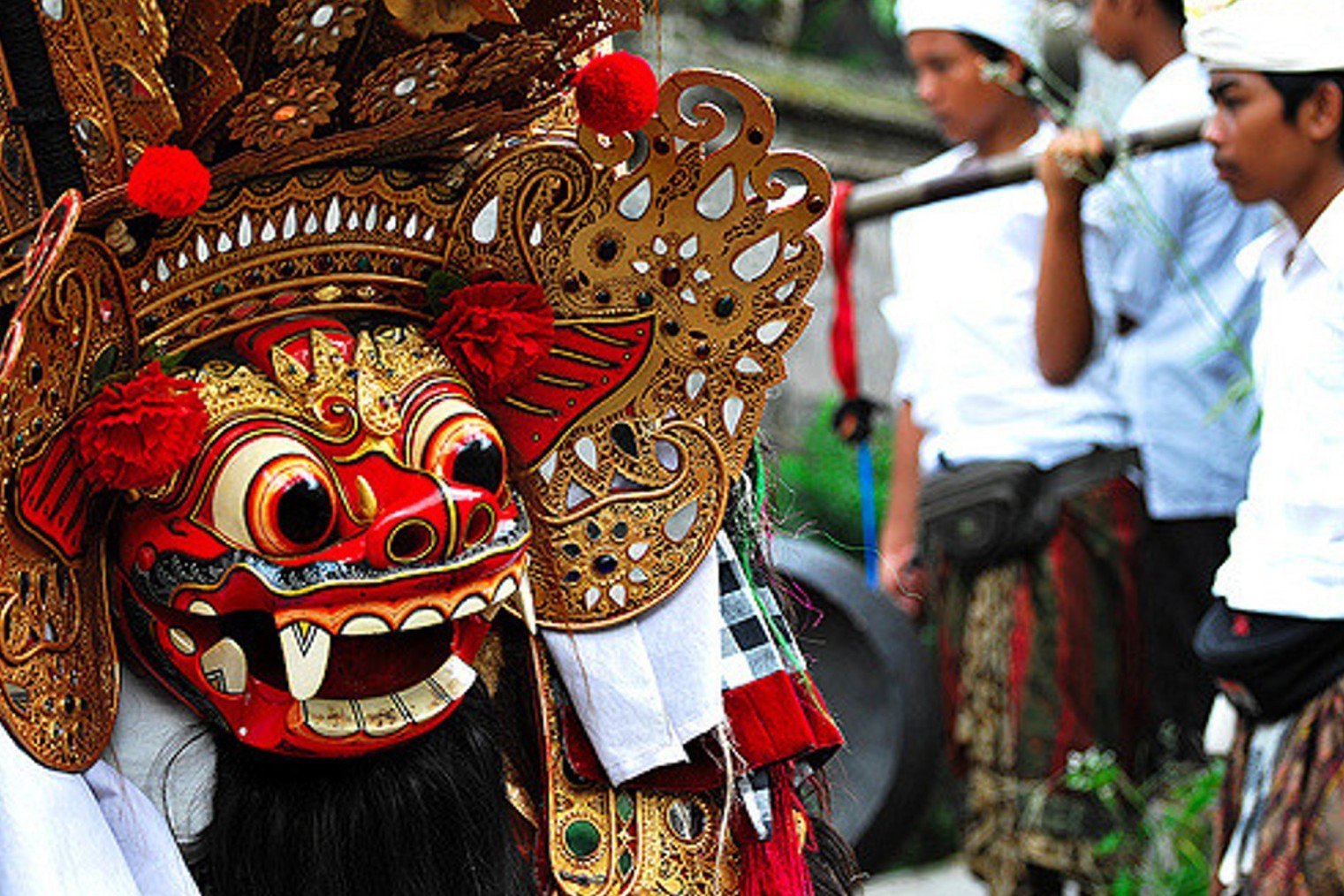 Galungan is a Balinese holiday celebrating the victory of dharma over adharma. It marks the time when the ancestral spirits visit the Earth. The last day of the celebration is Kuningan, when they return.

For 10 consecutive days, the entire island will be highlighted with all kinds of traditional decorations as well as various rituals and festivities concentrated on Bali’s many temples, including the island’s mother temple, Pura Besakih (map).

As one of the most important religious activities on the island, Galungan provides the best opportunity to observe the most fascinating part of Bali’s unique culture.

During the festival, all across island sprout tall bamboo poles called “penjor” – that are  decorated with fruit, coconut leaves, and flowers, and set up on the right side at  the entrance of every home. At each gate, one will also find small bamboo altars set up especially for the holiday, each carrying  woven palm-leaf offerings for the spirits.

The festival is preceded by several days of preparations which begin three days before the festival, and is called “Penyekeban”. Literally meaning “the day to cover”, Penyekaban marks the preparations mad for Galungan where families cover young green bananas in huge clay pots to speed up the ripening process.

The second day is called “Penyajahan” which marks a time for introspection for the Balinese, and more prosaically, a time to make Balinese cakes known as jaja. These colored cakes are made from rice dough then fried and are used in offerings, or eaten specially on Galungan. The last day of preparations is called “Penampahan” or slaughtering day. On this day, Balinese slaughter the sacrificial animals which will be used in the rituals.

During Galungan, a ceremony known as Ngelawang is performed in every village. Ngelawang is a ritual to expel evil and any negative spirit, which is performed by  “barong” – a divine protector in the form of a mythical beast. The barong is invited into homes as he makes his way through the village. His presence is meant to restore the balance between good and evil in the house. The residents of the house will pray before the dancing barong, uopn which he  will  give a piece of his fur as keepsake.

The last and pinnacle event in  the ten day festival is called Kuningan. It is believed that on this particular day, the Supreme God Sang Hyang Widi descends to earth to give blessing for all the people. As closure to the series of Galungan rituals, Kuningan also marks the return of the gods and all ancestors to their own realm.

BUS >   There are direct bus services to Bali from all major cities on Java and Lombok that link with ferries for sea crossings. These are cheap and easy, but slow. Perama bus company is a good option for budget travelers. There are no Perama bus from Java, only from Mataram, Lombok. Kura-Kura Bus is a public shuttle service that operates from southern Bali to Ubud, but oriented towards tourists as it stops at hotels and places of interest.