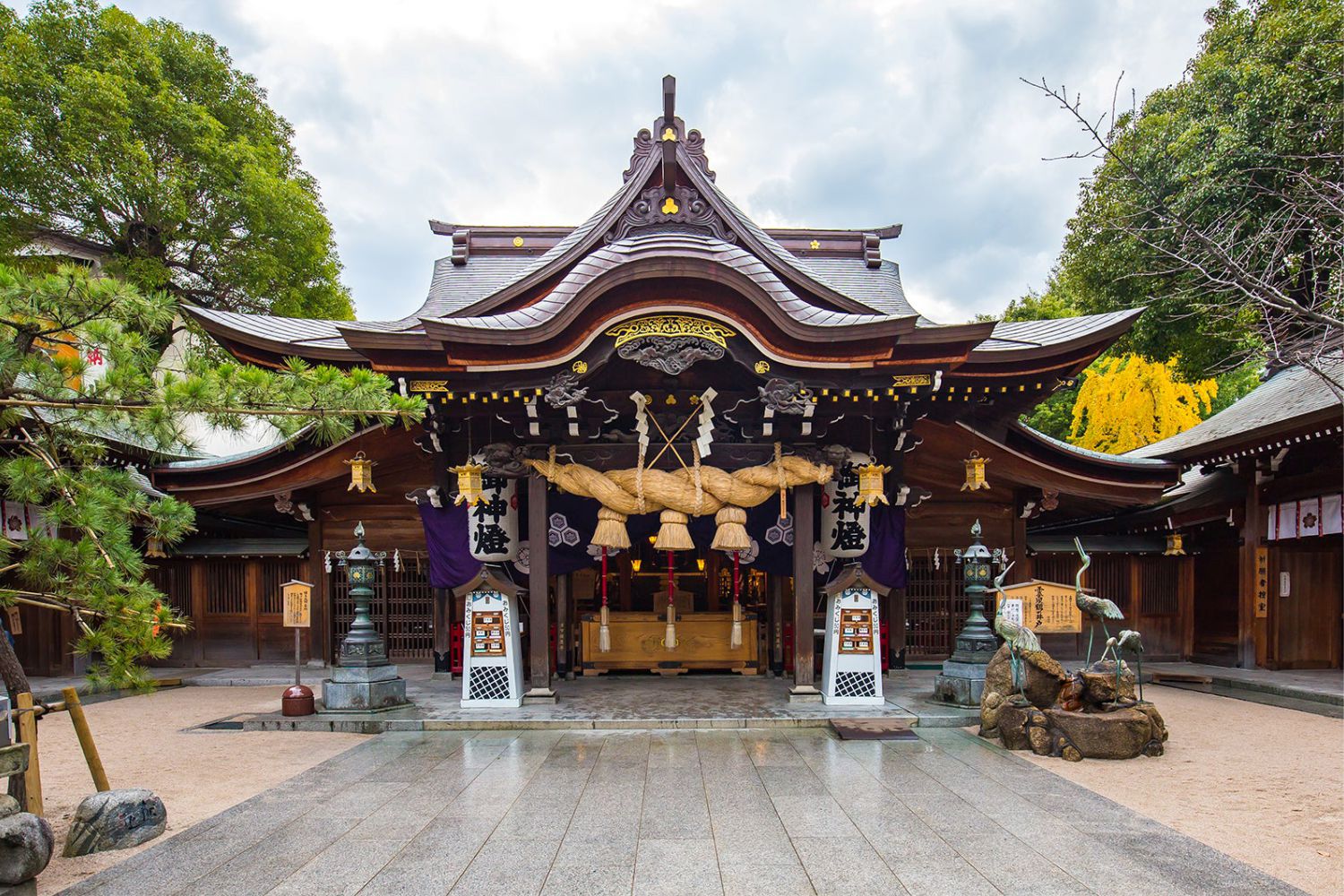 Fukuoka (map) is the capital of Fukuoka prefecture and the largest city on the island of Kyushu. Historically, Fukuoka was two cities divided by the central river: the merchant town of Hakata (博多) and the samurai feudal domain of Fukuoka (福岡).

Fukuoka is a good starting point for first-time visitors to Japan. As a historic port city, Fukuoka is more welcoming of foreigners than other parts of Japan, and has significant numbers of residents and tourists from abroad.

Being a sizable, modern city it’s still not hard to get around. A subway connects most of the city’s main attractions.

THINGS TO DO • Tourist Brochures

Downtown is small and compact enough to potentially wander around on foot. In the Tenjin area, Tenjin Chikagai (天神地下街, Tenjin Underground Shopping Center, map) runs under Watanabe Street and has many shops.

Nakasu (map). This area is next to Tenjin and is Fukuoka’s red-light district, with over 3500 restaurants, as well as ramen stalls (yatai), shopping, pubs, hostess bars, rooftop beer gardens in summer, and sex trade. It has the busiest street in Kyushu.

Kushida Shrine (map). Dedicated to Amaterasu and Susanoo, it is said to have been founded in 757. The Hakata Gion Yamakasa festival is centred on the shrine. Tōchō-ji (map) – it was founded by Kūkai in 806, making it the oldest Shingon temple in Kyushu. Shōfuku-ji (map) – it was founded by Eisai with support from Minamoto no Yoritomo, and construction was completed in 1195, making it the oldest Zen temple in Japan.

Atago Shrine (map). A hidden gem near the Muromi Subway Station (map), with a superb view of the city and Hakata Bay from a hilltop. You can also see many storks that fly by and nest in the area.

Ohori Park (map). Tourists visiting Fukuoka should not miss this beautiful park located 2 stops west of Tenjin on the subway. Next to Ohori Park is Maizuru park (map), featuring the ruins of Fukuoka Castle and a good view of the city.

Traditional festival with more than 840 years of history – Hakata Dontaku (博多どんたく). May 3-4, with a pre-ceremony on May 2. Japan’s largest festival, drawing well over 2 million people during the Golden Week holidays.

Hakata Gion Yamakasa (博多祇園山笠). July 1-15. Fukuoka’s second-largest festival, drawing up to a million spectators, is famous for the Oiyama parade float race. The elaborately-decorated yamakasa floats, around 5 m (16 ft) tall and weighing up to 1 tonne (1,000 kg), have no wheels; they’re picked up and carried by teams of loincloth-clad men, each team representing one of the seven historic districts of Hakata.

The Buddhist Nanzoin temple is located in Sasaguri (map). It is claimed to be the largest statue of a reclining Buddha in the world.

Autumn, often considered to be Fukuoka’s best season, is mild and dry, though the typhoon season runs between August and September.

The local rechargeable contactless smart card is called Hayakaken and is compatible with other smart cards like PASMO (Tokyo) and ICOCA (Kyoto and Osaka).

Buses are plentiful in Japan, and over the last few decades they have evolved into a major mode of intercity transportation, especially for overnight travel. Major operators of intercity include JapanBuslines.com • WILLER • JR Bus (kakuyasubus.jp) • kate.co.jp. >> (*Bus travel in Japan)

AIRPORTS >   Fukuoka Airport (to the east of the city, surprisingly close to the city centre, the domestic terminal is 2 subway stops away from the Hakata JR station (map) – there is a ~10-min free bus connecting the international terminal to domestic).