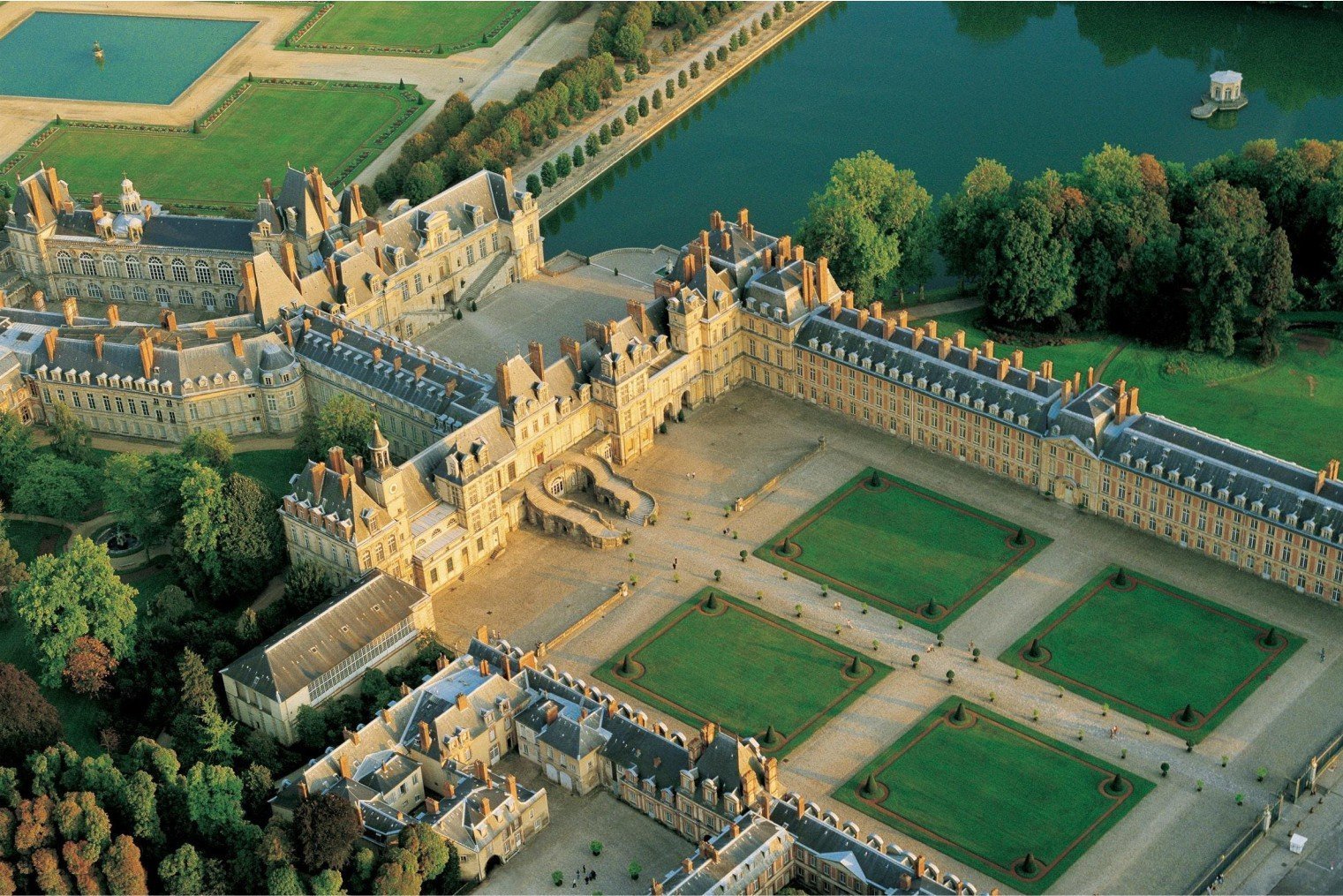 The medieval castle and subsequent palace served as a residence for the French monarchs from Louis VII to Napoleon III. Francis I and Napoleon were the monarchs who had the most influence on the Palace as it stands today. It became a national museum in 1927 and was designated a UNESCO World Heritage Site in 1981.

The earliest record of a fortified castle at Fontainebleau dates to 1137.

Orientation in town is very easy as there is only one main artery called the “Rue Grande” (map) which goes from the Castle to the other end of town, passing by the central “Napoléon Bonaparte” place.

During the late French Renaissance, the decoration of the Palace of Fontainebleau engaged some of the finest artists and craftsmen from Italy and France, including The style of painting and decoration they created became known as the School of Fontainebleau, and covered a period from about 1530 until about 1610. It helped form the French version of Northern Mannerism.

Its interior decorations are especially interesting as a fine example of the French Renaissance style. At the same time, its historical significance is hard to overestimate, since it was the preferred residence of French kings and emperors for 7 centuries. The first mention of the castle dates back to 1137.

Although by no means less interesting than the Versailles castle, the Fontainebleau castle is a bit more difficult to reach and less known to tourists; as a result, there are at least ten times less visitors in Fontainebleau than in Versailles. Except maybe on national holidays, there is never a queue to get in, and you can explore the immense castle almost on your own, which, together with the fresh air and the absence of street vendors contributes to make your visit a very peaceful and enjoyable experience.

The castle is open every day except Tuesday, January 1, May 1 and December 25th.

CityMapper – Paris | The ultimate transport app and technology for mobility in cities.

From the Gare de Fontainebleau Avon (map) you can use a line 1 bus to get to the Chateau (about 15 minutes).

BUS >   The Noctilien (Map of Noctilien) is a night bus service that operates in Paris and the Paris region from 12.30am to 5.30am. Ouibus • Isilines • FlixBus • Eurolines • Megabus >> (*Intercity buses in France)

RAIL >   Trains are a great way to get around in France. For regional trains, schedules can be found at ter.sncf.com. You can get from pretty much anywhere to anywhere else by train. For long distances, use the TGV (Train à Grande Vitesse, or High-speed train) on which reservations are obligatory. TGV • Thello • Ouigo. + RailEurope • Eurostar • Thalys • izy (Paris-Brussels) • TGV Lyria (Switzerland) • DB (Germany) • RENFE (Barcelona) >> *Rail travel in France