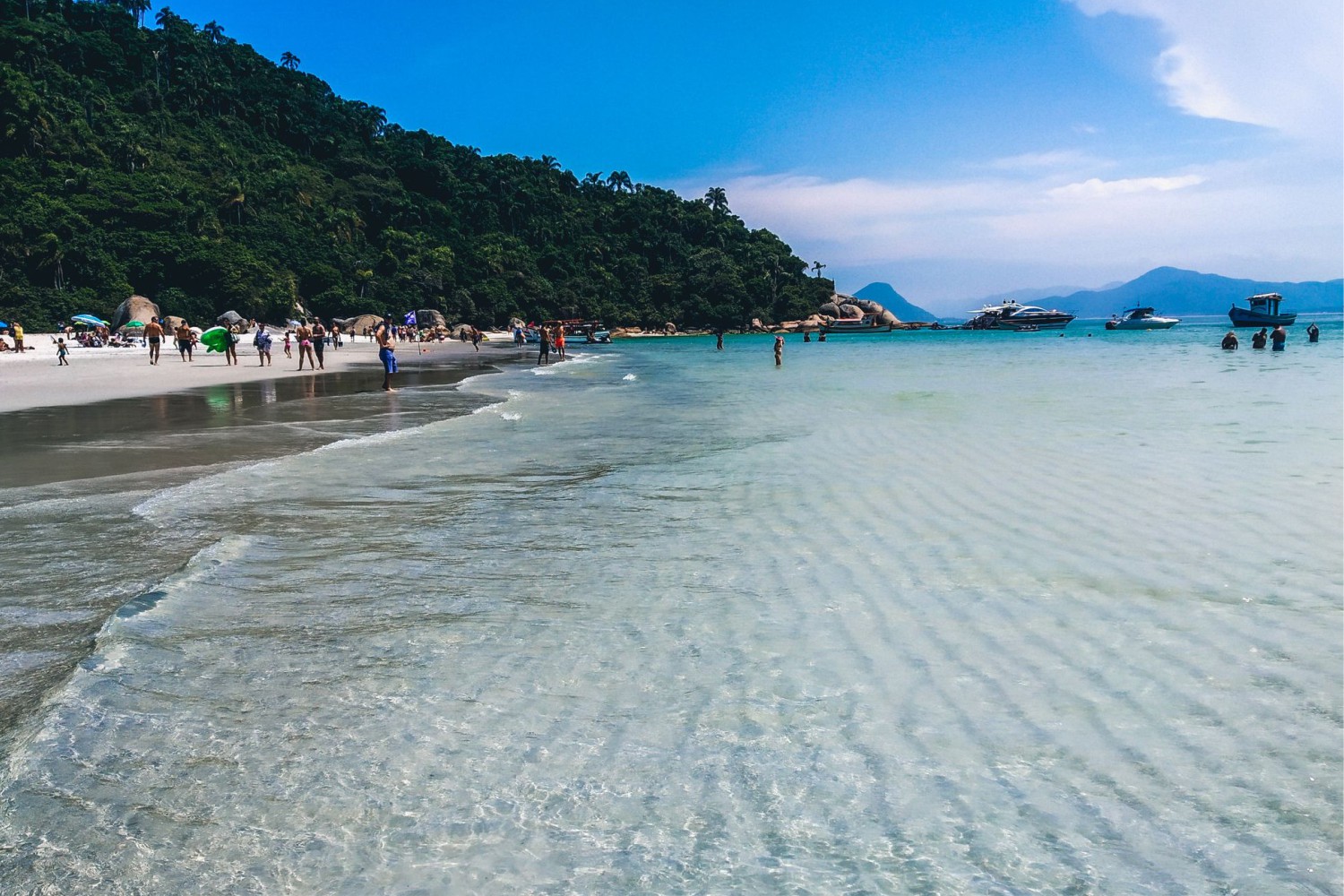 Florianópolis (“Floripa” for short, map) is a coastal city in southern Brazil, the capital of the state of *Santa Catarina. Most of the city’s area consists of the island of Santa Catarina, connected to the mainland by two bridges. Only a small part of the island can really be called urban—the rest is full of gorgeous beaches and nature, including a large lagoon.

Though famous for its beaches, Floripa also has great hikes and beautiful forested mountains. Here you can enjoy the outgoing culture and natural beauty of coastal Brazil in a less dangerous place than Rio de Janeiro, Fortaleza, or Recife.

The fishing boats, the lacemakers, the folklore, the cuisine and the colonial architecture contribute to the growing tourism and attracts resources that compensate for the lack of any large industry.

Lagoa da Conceição (Lagoon of Conceição, map) is the largest lagoon on the island of Florianopolis and one of the most visited area of the island by foreign travelers and backpackers. The area has the highest concentration of restaurants, bars, organic markets and shops. Many expats and Brazilian people from other cities choose to live by the lagoon because of its views, safety, nature and quality of life.

Joaquina Beach (Praia da Joaquina, map) – is accessible from the Lagoon of Conceição. It is one of the beaches that offers the best tourist facilities, receiving a large number of tourists from around Brazil and the world on the warm days in spring and summer.

The northern beach resorts Jurerê, Daniela, Canasvieiras, Brava and Ingleses get very busy during the summer and there are plenty of hotels, restaurants and other conveniences for the tourist.

Eastern beaches, like Joaquina, Mole and Moçambique are among the best surfing beaches and popular with young people.

Beaches heading south include Campeche, Armação and Morro das Pedras, which are all very beautiful and also good for surfing.

Isolated and unspoilt beaches, like Lagoinha do Leste and Naufragados, can be found at the southern end of the island and can only be reached only by trail. Lagoa da Conceição is a famous natural attraction, and the centerpiece of the island; it is relatively shallow, with high winds making it a world-class location for windsurfing. Peri Lagoon is quieter, on the other hand, and great for nature walks.

Cruz e Sousa Palace (map). It was built in the 18th century to be the residence and office of Santa Catarina’s Governor.

Catedral Metropolitana (map). One of the most beautiful buildings in the city.

Hiking >> Trilha da Boa Vista (map, to get to the trailhead, take the bridge east from Barra da Lagoa, turn right, and follow the signs that say “Trilha”). A challenging trail of around two hours from near Barra da Lagoa up through the mountains, with beautiful views of the ocean, that takes you to the beautiful Praia da Galheta.

Trilha da Costa da Lagoa (map, to get to the trailhead, follow Rua João Henrique Gonçalves all the way north). A roughly two-hour hike through the forest along the side of the lagoon, passing through some small fishing villages that are only accessible by trail and boat.

BUS >   Green Toad Bus – knows that booking local transport and activities around South America can be challenging and confusing at times. We make it easy, safe, cheap & fun with our carefully designed Bus Travel Passes! Busca Ônibus is a useful resource for finding bus schedules.