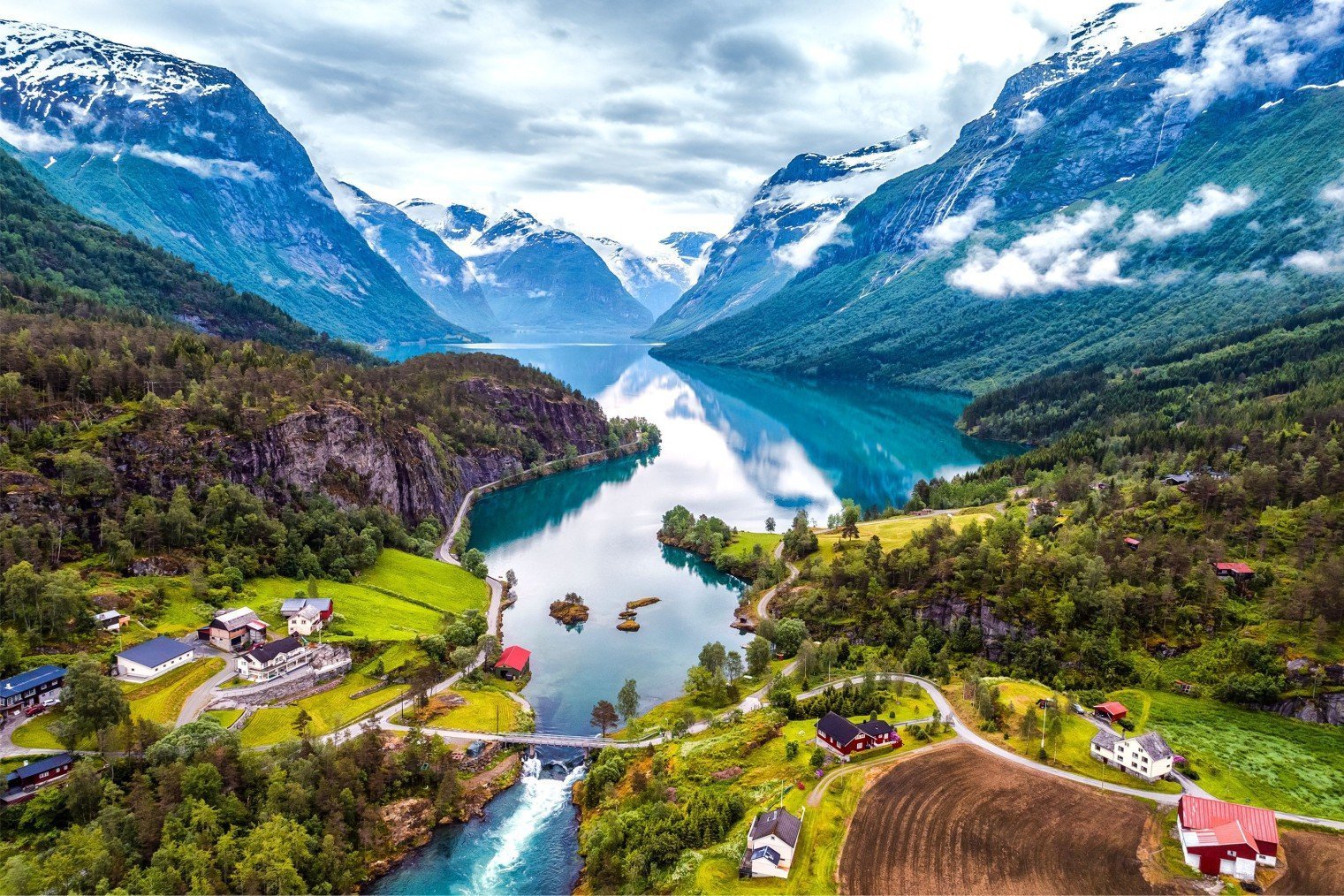 Probably the two main reasons people visit Norway are to see the fjords and the northern lights. Norway’s coastline is estimated at 29,000 kilometres (18,000 mi) with nearly 1,200 fjords, but only 2,500 kilometres (1,600 mi) when fjords are excluded.

In large parts of Norway the fjords create a particular kind of landscape, a wide tangle of islands and peninsulas, lakes and valleys. Along the south coast (Agder and Telemark) fjords are short and the “fjord-land” is a mere 30 km wide.

There are well over 1,000 named fjords. Geirangerfjord and Nærøyfjord are on inscribed on UNESCO world heritage list.

As there are fjords all over Norway there is little general advice about entry points or how to get in, advice mostly depends on fjord region.

The Western Norwegian fjords, approximately from *Stavanger (map) to *Molde (map), are rated as the worlds best travel destination by the magazine National Geographic Traveler.

Sognefjord (map) – The district surrounding the fjord is known as Sogn. Sognefjorden is the longest fjord in Europe and the second longest in the world. Nærøyfjord, a World Heritage Site, is one of the fjords of Sognefjorden.

Hardangerfjord (map) is 180 km long and about 850 meters deep. This the second longest and second deepest fjord in Norway, only surpassed by Sognefjord, and outside Norway these are only surpassed by fjords in Greenland.

Lysefjorden (map) the first fjord when you arrive from the south, is one of the most famous fjord in Norway. The 40 km long fjord surrounded by impressive mountains and cliffs carved out during successive Ice Ages is the dominant feature of Forsand municipality.