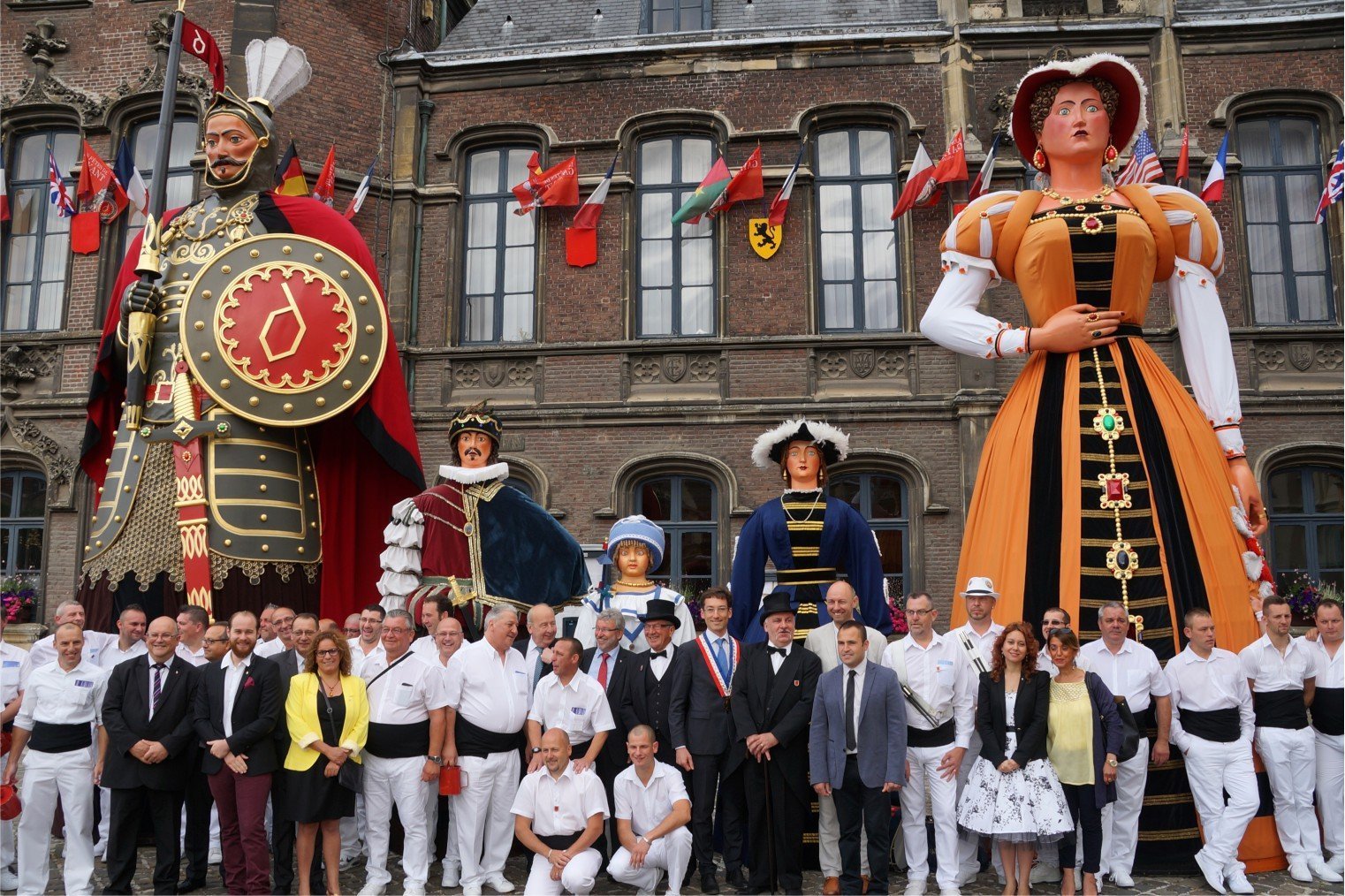 Gayant the giant is the symbol of Douai (map). Each year for three days at the beginning of July, the Gayant festival (Les Fêtes de Gayant) takes place.

The Gayant family, composed of the giant’s wife Marie Cagenon and their three children, Jacquot, Fillon and Binbin, are carried through the city. On Sunday the largest procession starts from the town hall.

Gayant is registered with the Masterpieces of the Oral and Intangible Heritage of Humanity like member of Giants and processional dragons of Belgium and France.

Across Europe, you find festivals with historical roots that run so deep they seem to twine around a medieval mindset that feels a little out of place within the modern context of the contemporary European Union. As these carnivals go, the Festival of Giants is one of the most spectacular and visually grand.

Douai Railway Station (map) is located quite close to the historical centre of the city. There is a direct train from Lille which takes about 40 minutes.

Lille (map) – the capital of the region is a handsome ex-industrial city with vibrant culture and lots of students.

RAIL >   Trains are a great way to get around in France. For regional trains, schedules can be found at ter.sncf.com. You can get from pretty much anywhere to anywhere else by train. For long distances, use the TGV (Train à Grande Vitesse, or High-speed train) on which reservations are obligatory. TGV • Thello • Ouigo. + RailEurope • Eurostar • Thalys • izy (Paris-Brussels) • TGV Lyria (Switzerland) • DB (Germany) • RENFE (Barcelona) >> *Rail travel in France