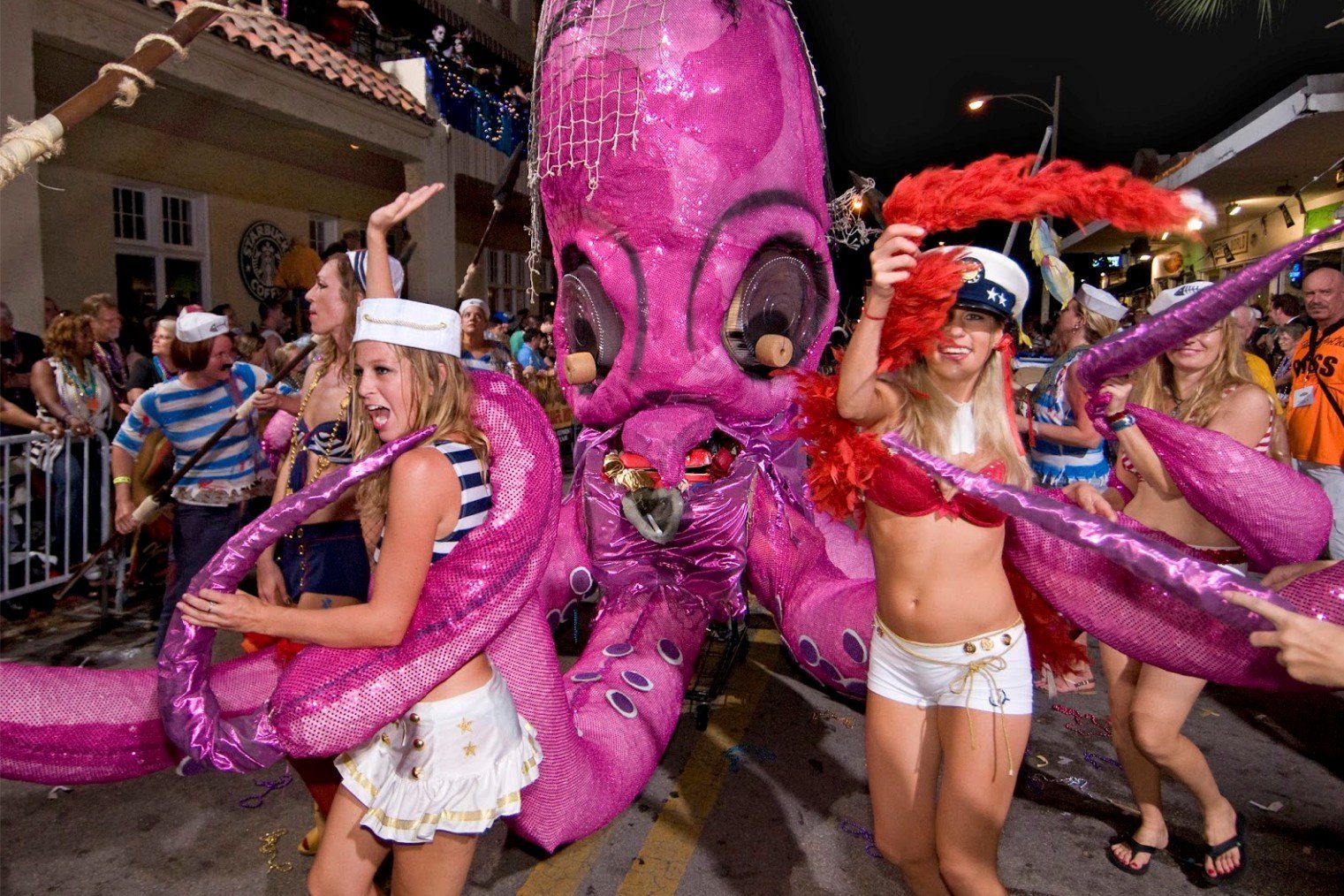 Fantasy Fest is a street party held annually in the last week of October in Key West, Florida. Fantasy Fest was initiated in 1979 to attract tourists during the slow season.

Fantasy Fest is an annual 10-day party in paradise for grown-ups. Started in 1979 by a small group of Key West locals, the party was created to bring visitors to the island in what was a typically quiet, but beautiful season. It worked.

Fantasy Fest has grown every year since its inception and is now the wildest extravaganza around! Fun-loving revelers from around the globe bring their creativity and imaginations as they descend upon Key West each year in October for 10 days filled with costuming, parades, libations, and excitement!

Fantasy Fest has been compared to New Orleans Mardi Gras and Carnival in Rio de Janeiro. The highlight of Fantasy Fest is its parade featuring humorous floats, including one carrying the annually elected Conch King and Queen.

Nudity is illegal in Key West, but on the last two days of Fantasy Fest the city designates a “Fantasy Zone” in the city where women may expose their breasts if they are covered with body paint. Costumes worn at Fantasy Fest often feature nudity and sexual symbolism.

Key West claims to be the only city in the lower 48 states to have never had a frost or a snowfall.