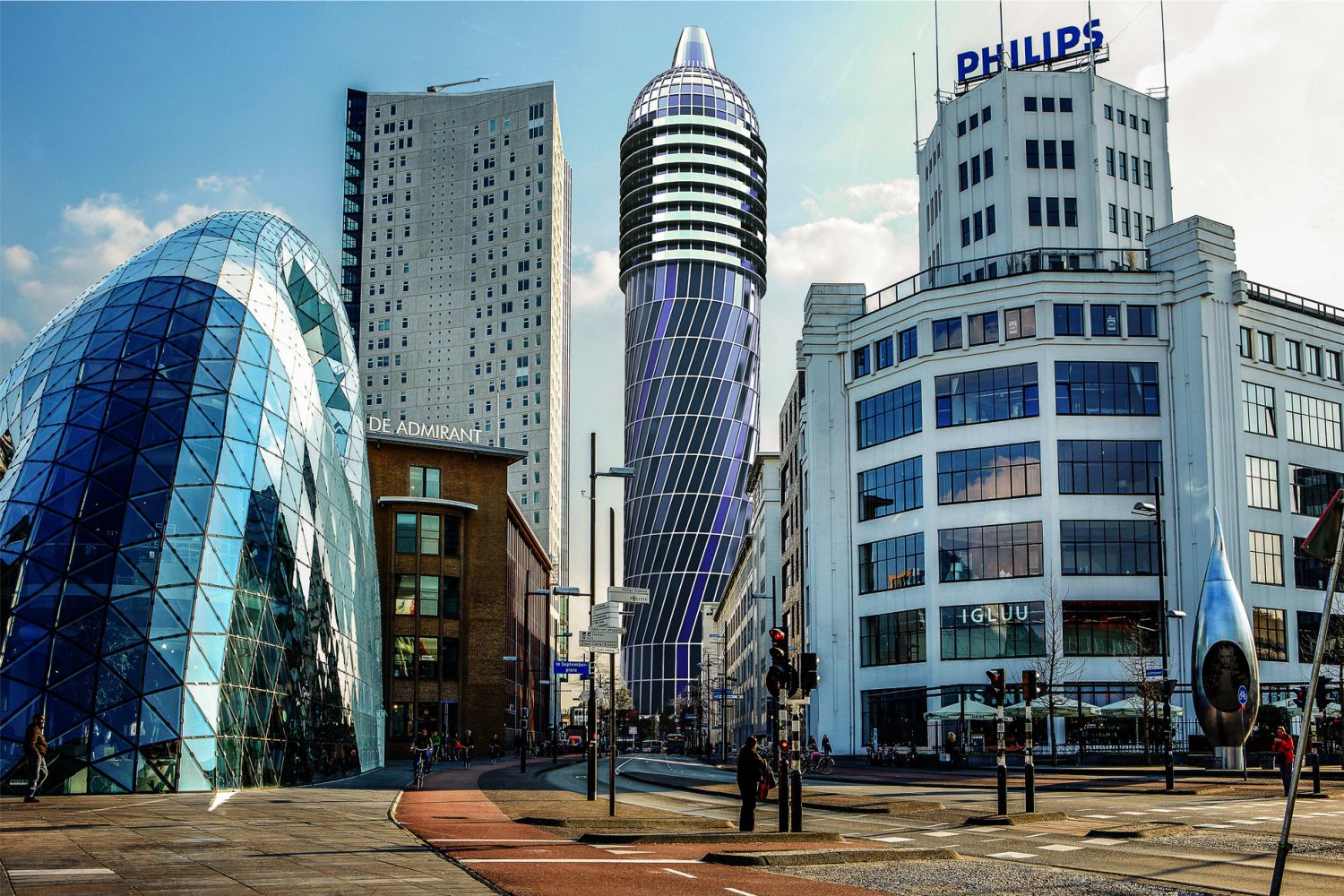 Eindhoven (map) is the largest city in the province of North Brabant. It is by no means a main tourist destination in the country and most travel guides will devote no more than a page or two to it. Nevertheless, this bustling and modern city has a lot more to offer.

Although Eindhoven is an old city, with town and market rights already awarded in 1232, little of this long history is visible when exploring its centre today.

Looks can be deceiving, when it comes to Eindhoven’s history. Modern as the city is today, it is in fact one of the oldest towns in the Netherlands. Nevertheless, there are 140 national heritage sites (Rijksmonumenten) in and directly around the city.

The Van Abbe Museum (map) is the main attraction listed by travel guides and is an excellent pick if you’re into modern art. The impressive collection includes works of Picasso, Chagall, Kandinsky, El Lissitzky, Theo van Doesburg, Mondriaan and Appel.

For going out, there are numerous bars on the Market square, Stratumseind (Stratum’s End, map) which is the largest pub-street in the Netherlands, Dommelstraat (map), Wilhelmina square and throughout the rest of the city.

The Eindhoven public space contains many forms of artistic expression (a book published by the Eindhoven tourist board records 550 as of 2001 and more have been added since), with high “concentrations” of them in the parks.

Despite its industrial character, Eindhoven is the “greenest” of the five largest cities in the country.

Carnival, all over the city. Five days of Carnival in almost all pubs. Street Carnival in the centre and the traditional parade on Saturday.

::: Source: Martijn Around The World – Travel