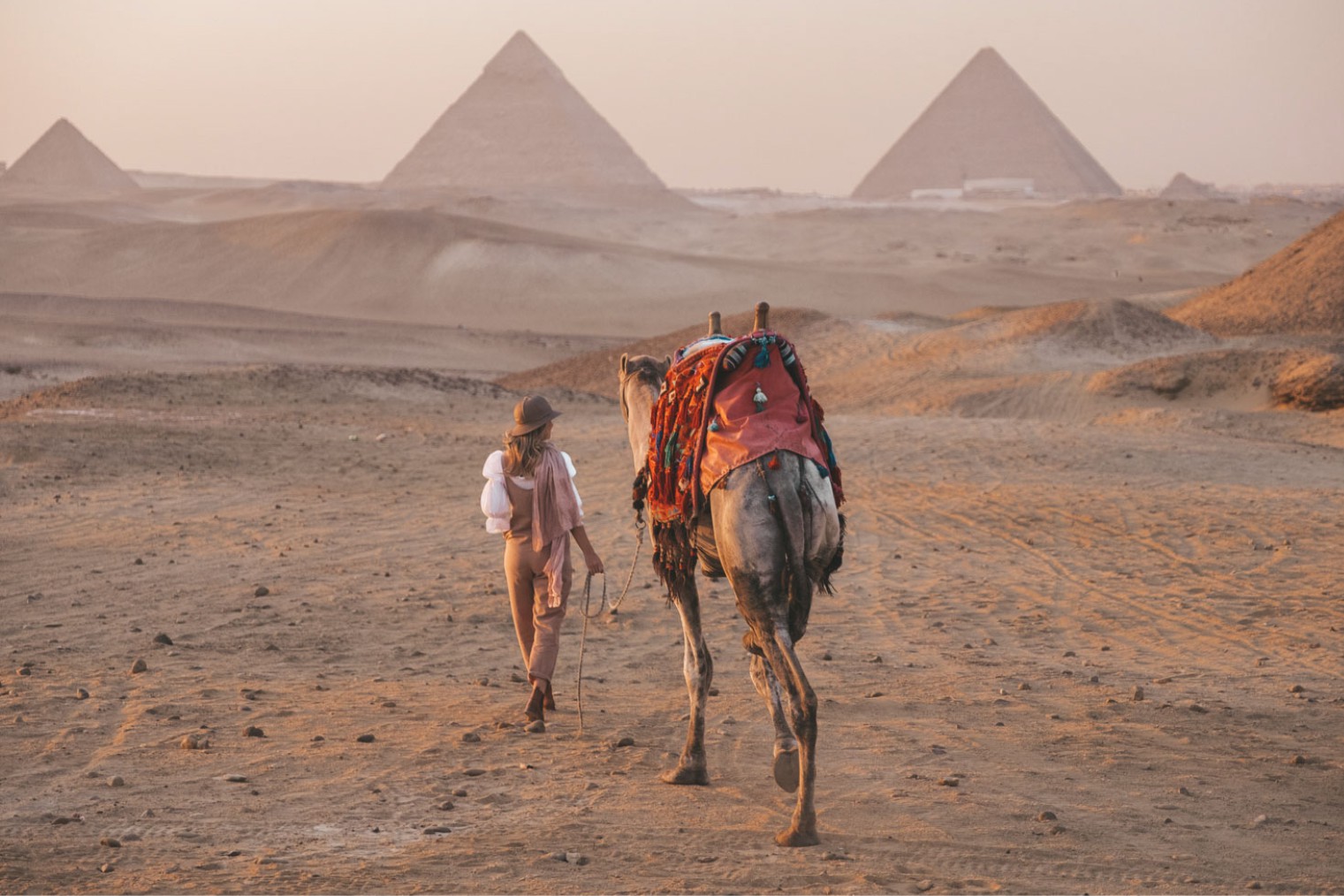 Major tourist destinations include the millennia-old monuments in the Nile Valley. Principal among them are the *Pyramids (map) and *Great Sphinx at Giza (map), the *Abu Simbel temples (map) south of Aswan and the *Karnak Temple Complex (map) and *Valley of the Kings near *Luxor. Attractions in Cairo include the *Cairo Museum / The Egyptian Museum (map) and the *Mosque of Muhammad Ali Pasha (map).

The coast of the Sinai Peninsula has well-visited seaside resorts, in addition to Hurghada city on the Red Sea coast and the Famous El Gouna Resort (map).

Several western governments have issued travel warnings to many areas in Egypt. The UK Foreign Office recommends against all travel to the northern Sinai, and against non-essential travel to the southern Sinai (although Sharm el-Sheikh is okay), and to the Western Desert region.

*Giza (map), 20 km southwest of Cairo, has several remains from the 26th century BC such as temples and monuments to pharaohs including the Great Sphinx, and the Great Pyramids of Giza.

*Saqqara (map), 30 km south of Cairo is a vast, ancient burial ground which served as the necropolis for the Ancient Egyptian capital of *Memphis. It features numerous pyramids, including the world’s oldest standing step pyramid, as well as a number of *mastabas.

*Luxor (map), about 500 km south of Cairo, is the site of the ancient city of *Thebes (map). It includes the ruins of the temple complexes at *Karnak and Luxor, which stand within the modern city. On the opposite side of the Nile River lie the monuments, temples and tombs on the West Bank Necropolis, which include the Valley of the Kings and Valley of the Queens.

*Alexandria (map) is a main summer resort, due to its beaches, ancient history and Museums, especially the *Bibliotheca Alexandrina, a modern project based on reviving the ancient Library of Alexandria.

Sinai Peninsula- Sinai has the beach resorts of *Sharm el-Sheikh (map), *Dahab (map), *Nuweiba (map) as well as locations mentioned in the Bible such as Mount Sinai (“Jabal Musa”, map). *Saint Catherine’s Monastery (map) may be the oldest working Christian monastery in the world.

Scams and hassle are the main concern in Egypt, especially in Luxor. Be aware that many Egyptians who start a conversation with you want your money.

Overland journeys between cities in Egypt are often long, hot, bumpy, dusty, and not altogether safe. There is a good domestic air network, and advance fares are not expensive, so flying internally is often a good option.

Egypt’s mainline railway follows the Nile: from Aswan north through Luxor to Cairo and Alexandria. Almost all trains are run by the state-owned company Egyptian National Railways. The sleeper service Cairo-Luxor-Aswan is run by Watania, a private company.