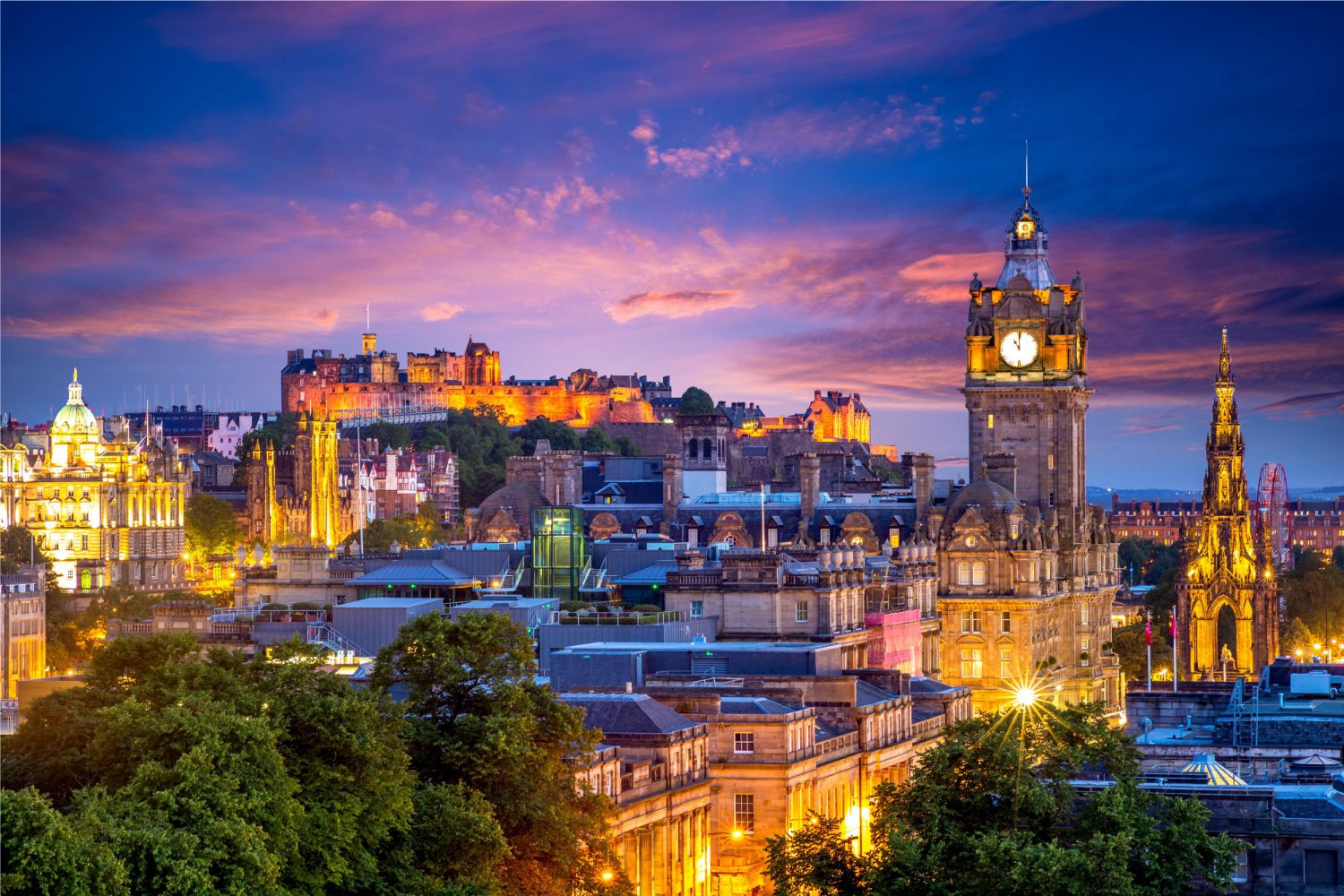 Edinburgh (map) is the capital city of Scotland. It is the second-largest financial centre in the United Kingdom, and the city’s historical and cultural attractions have made it the UK’s second-most visited tourist destination.

Historic sites in Edinburgh include Edinburgh Castle (map), the Palace of Holyroodhouse (map), the churches of St. Giles (map), Greyfriars (map) and the Canongate (map). Edinburgh’s Old Town (map) and New Town (map) together are listed as a UNESCO World Heritage Site.

The city is also known for the Edinburgh International Festival and the Fringe, the latter being the world’s largest annual international arts festival.

Walking should always be your first choice within central Edinburgh. The centre is compact – most of the sights and major tourist attractions are within the Old Town (mainly around the Castle and Royal Mile) and New Town. Walking along elegant or atmospheric streets is one of the pleasures of the city.

Edinburgh’s *Old Town (map) – medieval heart along the *Royal Mile (map), which runs from the Edinburgh Castle (map) to Palace of Holyroodhouse (map). Most of the really famous sites are in this area.

*New Town (map). The other half of the city centre is the Georgian (late 18th century) New Town. The commercial heart of the city, this is what shopaholics make a beeline for, as do artists and photographers who want to get their share of some of the smartest and most beautiful buildings in the country.

Also of note are the City Art Centre (map), the Fruitmarket Gallery (map) and Stills (map) in the Old Town. Furthermore, there are a number of independent galleries in the St Stephen Street Stockbridge (map) and Dundas Street (map) area of New Town.

Edinburgh Doors Open Day is an annual event, co-ordinated by the Cockburn Association, where many important and/or historic buildings across the city open up their doors to the public at no charge. Many of the buildings are not normally accessible so this can present a unique opportunity to see some of the city’s lesser-known architectural marvels. It usually takes place on the last weekend in September.

Victoria Street (map) is a nice street which is well worth a visit. You can find colourful buildings and interesting boutiques which are worth having a look at. Victoria Street also leads onto the Grassmarket (map), a street which gives stunning views of the castle, which dominates right over it, and is also full of interesting and nice shops, as well as several pubs and restaurants. The Grassmarket is definitely well worth visiting.

Edinburgh becomes overwhelmingly crowded (accommodation-wise) during the main festival periods of high summer (August to early September) and Hogmanay (around New Year’s Day/1 January). Visitors at these times should plan well ahead for booking central accommodation and event tickets at these times.