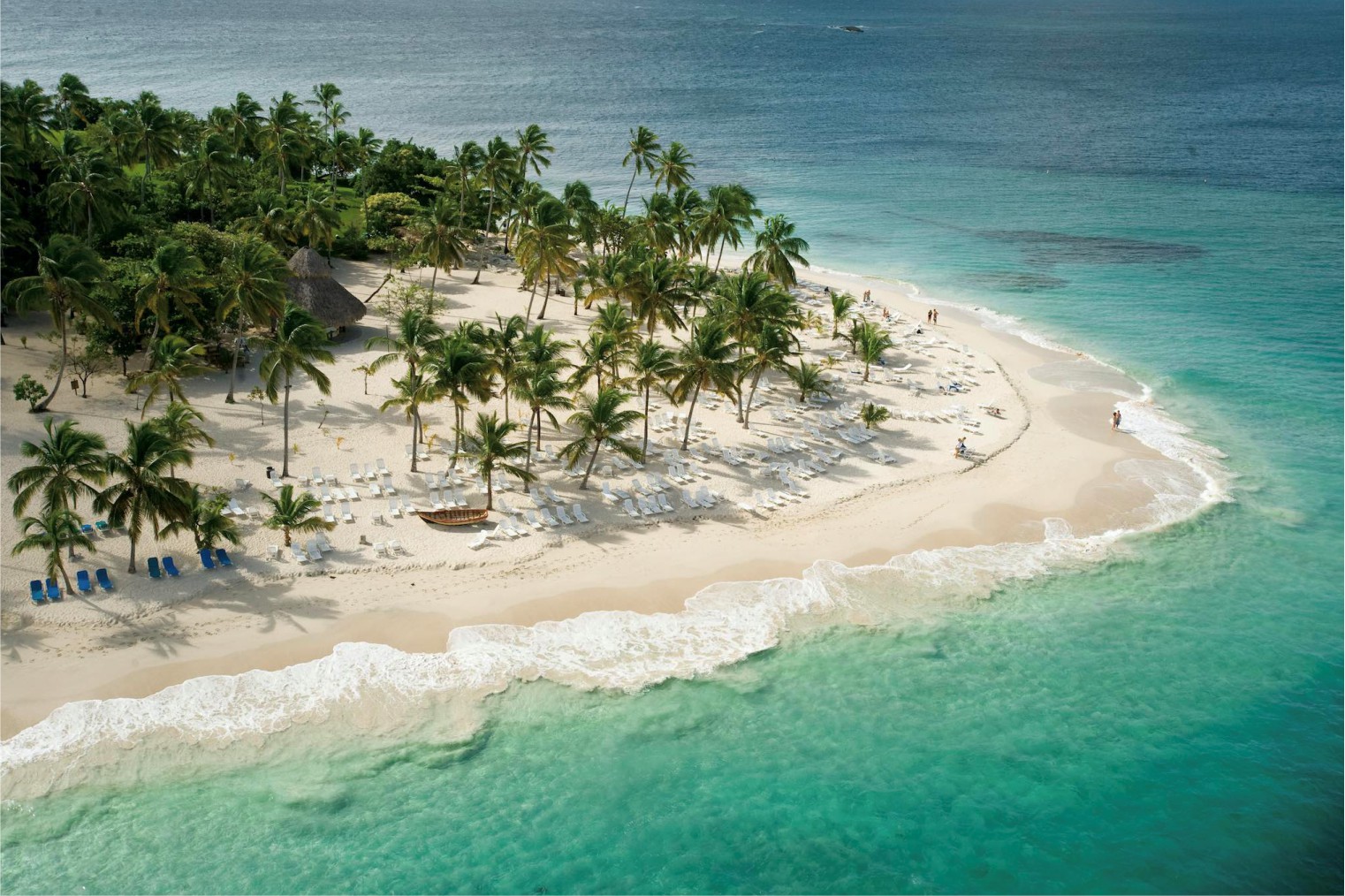 The Dominican Republic is a Caribbean country that occupies the eastern half of the island of Hispaniola, which it shares with Haiti. Dominican Republic is home to Pico Duarte (map), the Caribbean’s tallest mountain peak, and Lake Enriquillo (map), its largest lake and lowest elevation. Besides white sand beaches and mountain landscapes, the country is home to the oldest European city in the Americas, now part of *Santo Domingo (1495 y.). >> Colonial City of Santo Domingo – UNESCO

*Punta Cana: This resort area is located in the extreme east of the Dominican Republic, and it is one of the most important places for the realization of tourism in the country. *La Romana: One of the main options for foreign tourists when choosing a destination for their holidays.

Options for getting around the country include bus service, ‘gua-guas’ (pronounced “Gwa-Gwas”: small battered vans or trucks that serve as a collective taxi running fixed routes that are very cheap but can also be very overloaded), domestic air flights and charter air service. There is a rail system operating only in the city of Santo Domingo.

Most towns and cities have regularly scheduled bus service, if not by one of the big bus companies, then by gua-gua. The bus lines are most often simple, independently run operations, usually only connecting two cities within a region (Southwest, East, North) or between one city and the capital (with stops made for any towns on the route). Because of the geography of the country, to get from one region of the country to another you have to go through the capital

Try to avoid being alone in cities as muggings are fairly common.

Tourism in the Dominican Republic (wiki)

Transport in the DR (wiki)

Culture of the DR (wiki)

Carnival in the DR (wiki)