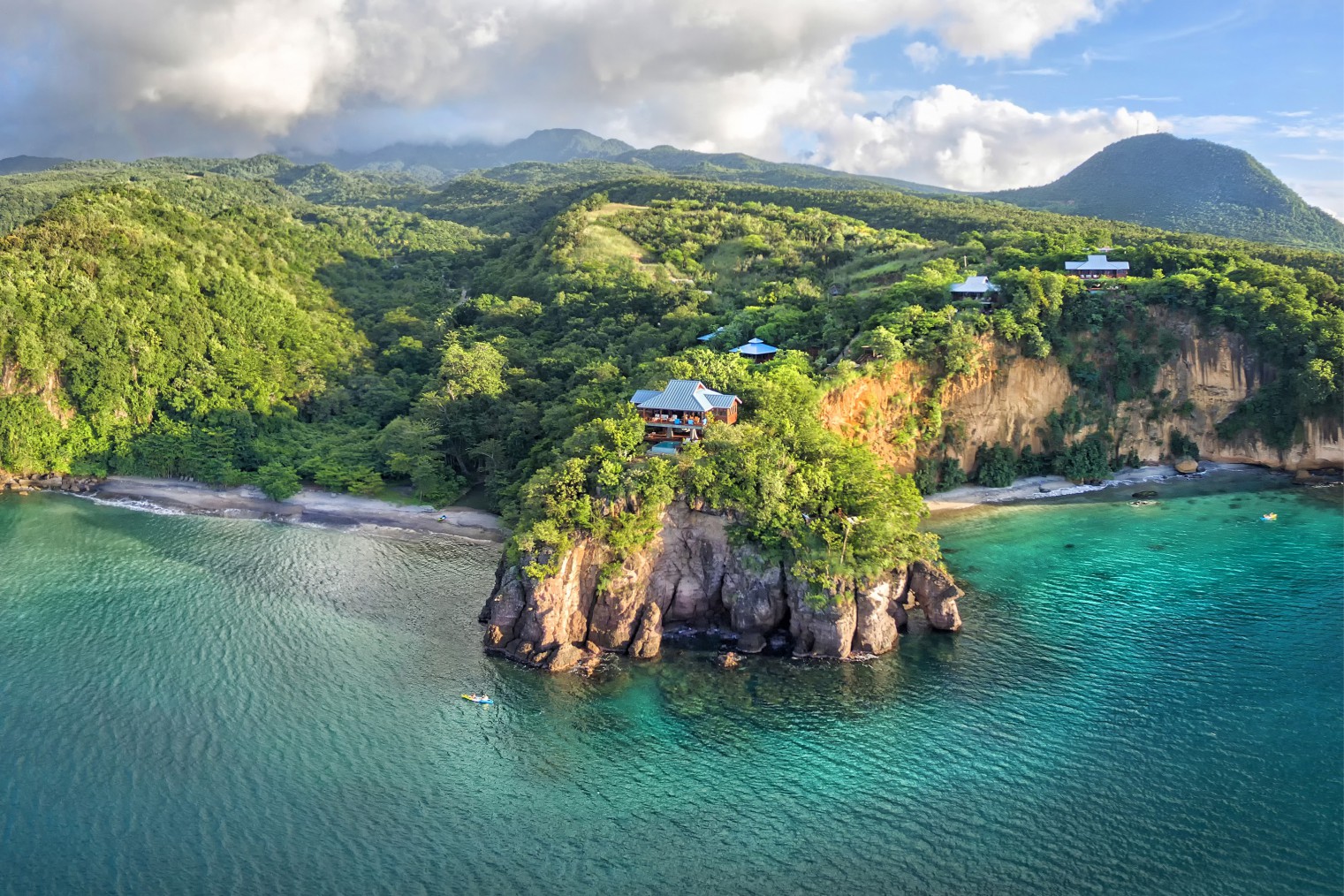 Officially the Commonwealth of Dominica, is an island country (750 km2) in the Caribbean. The island has lush mountainous rainforests, and it is the home of many rare plants, animals, and bird species. Dominica’s tourist industry is in its infancy compared to other Caribbean islands.

However, Dominica has a few famous tourist spots, such as the Indian River (map) in Portsmouth, Emerald Pool (map), Trafalgar Falls (map), *Scotts Head (map, where the Atlantic Ocean meets the Caribbean Sea), and the world’s second-largest boiling lake, which is inside *Morne Trois Pitons National Park (map).

Dominica is one of the safest places to travel in the region. There are no poisonous snakes or insects in Dominica

There are two regional airports on the island, but no international airports. Therefore, flying to Dominica requires travelling through San Juan, Puerto Rico or other nearby islands in the Caribbean such as Martinique, Guadeloupe, or Barbados.

The most extensive official service is operated by Express des Isles, which runs services to Martinique and Guadeloupe ferries on most days of the week.