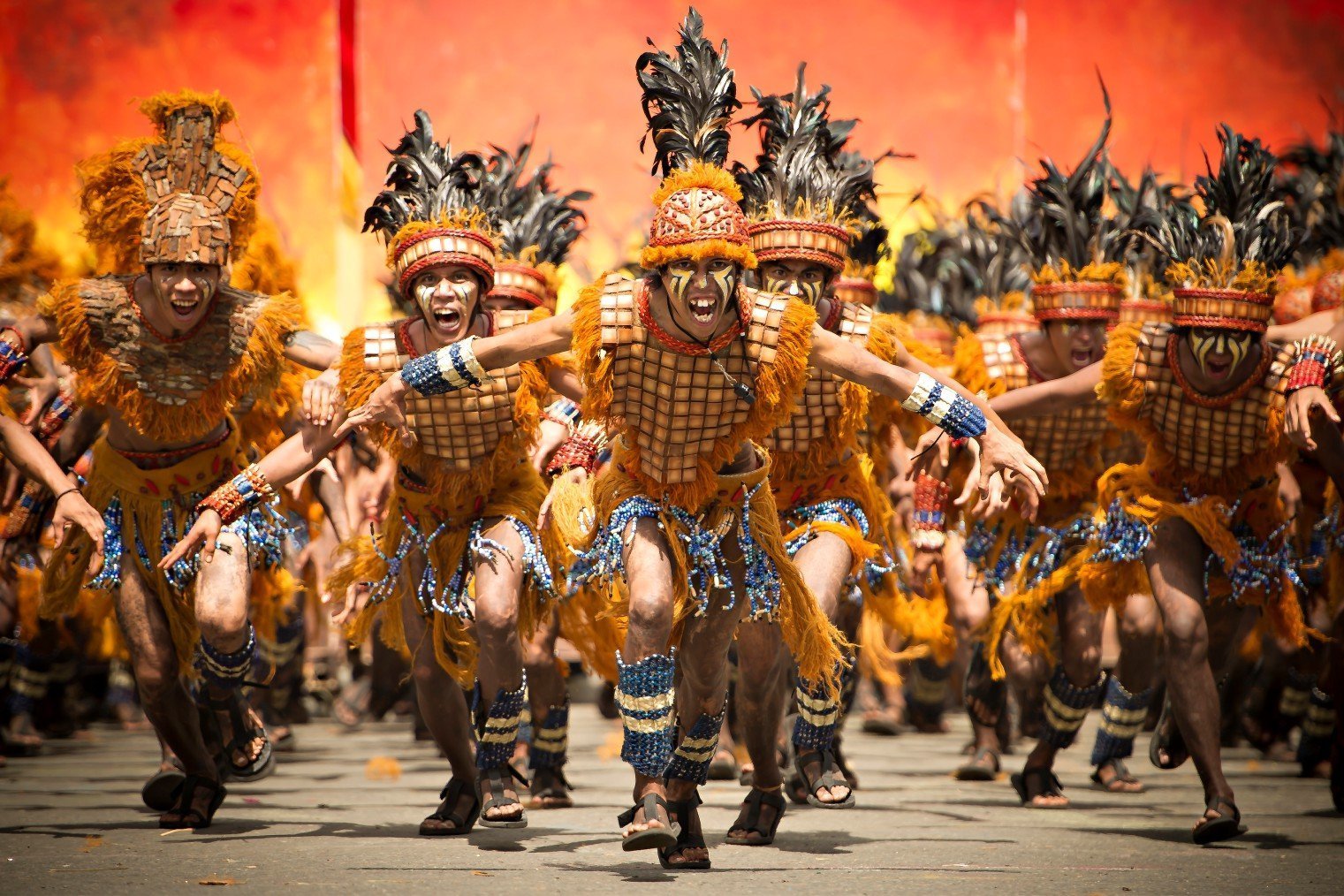 The Dinagyang Festival is a famous and religious and cultural festival in *Iloilo City (map), Philippines held on the 4th Sunday of January, or right after the *Sinulog-Santo Niño Festival in *Cebu (map) and the *Ati-Atihan Festival in *Kalibo (map).

Every 4th Sunday of January, the festival transforms the Iloilo City into a massive street party with overflowing drinks and food.

Dinagyang was also voted as the Best Tourism event three times in a row among any other festivals in the Philippines. It is also the most awarded festival in the country because of its legacy, popularity, and innovation. Dinagyang received honors and regarded as a World Class Festival and dubbed as the “Queen of all festivals” in the Philippines.

Dinagyang was voted as the best Tourism Event for 2006, 2007 and 2008 by the Association of Tourism Officers in the Philippines. It is one of few festivals in the world to get the support of the United Nations for the promotion of the Millennium Development Goals, and cited by the Asian Development Bank as Best Practice on government, private sector & NGO cooperatives.

Gigantes Islands (map). Also known as Islas de Gigantes, Gigantes Island is a set of islands that make up a paradise of pristine beaches, clear water, and huge rock formations.

Molo Church (map). Molo Church is one of the most notable Iloilo City tourist spots that will truly interest you. Because of an all-women ensemble of statues of the saints in the church, Molo Church has been dubbed as “The Feminist Church.”

Jaro Cathedral (map). If Molo Church is the “Female Church,” Joro Cathedral is the “Male Church.” It is called such because all the saints displayed here are male.

*The Philippines has had some of the world’s worst maritime disasters in peacetime. If a boat appears to be overloaded, do not board. Always check the latest weather reports before travel by ferry, as some captains are willing to sail even when a typhoon is approaching.