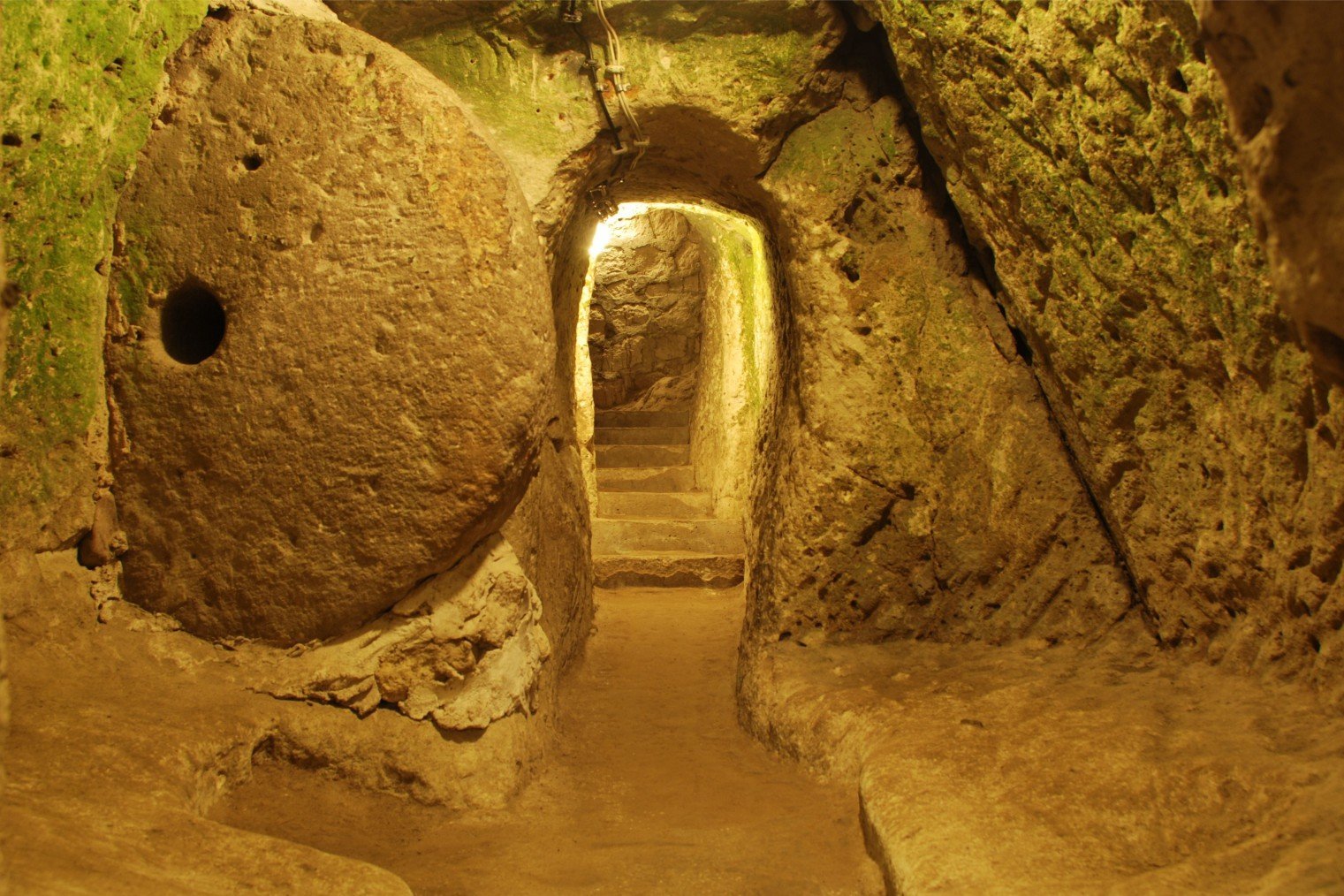 It is the largest excavated underground city in Turkey and is one of several underground complexes found throughout Cappadocia.

The city at Derinkuyu was fully formed in the Byzantine era, when it was heavily used as protection from Muslim Arabs during the Arab–Byzantine wars (780–1180 AD). These cities continued to be used by the Christian natives as protection from the Mongolian incursions of Timur in the 14th century.

Nevşehir Province has several other historical underground cities including *Kaymaklı Underground City (map). The underground cities and structures are carved out of unique geological formations. They may have been used as hiding places during times of raids. The locations are now archaeological tourist attractions.

*Nevşehir (map) is one of the major cities in Cappadoccia Region, which displays a beautiful combination of nature and history.