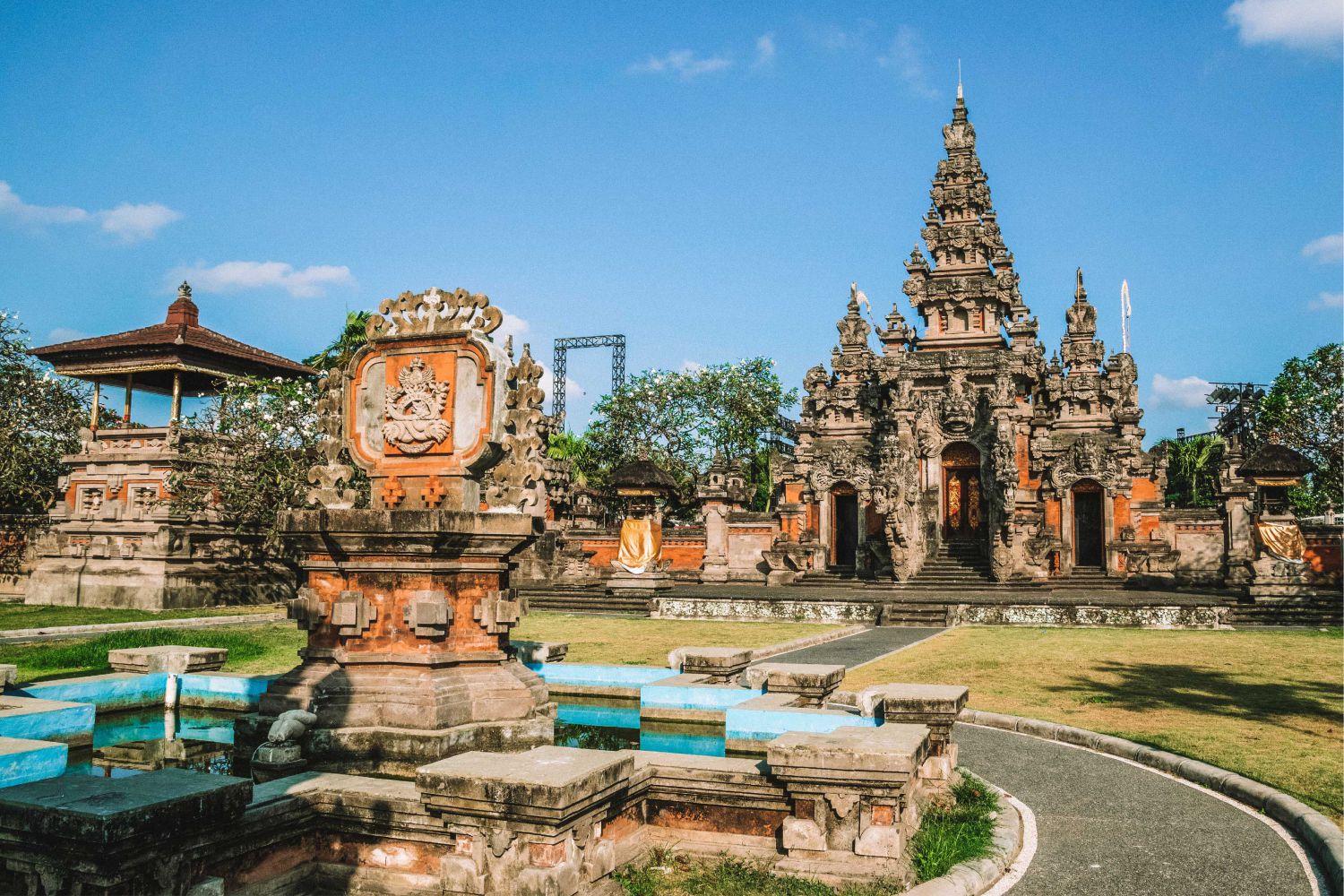 Denpasar (map) is the largest city and capital of the island of Bali, Indonesia. Denpasar is a bustling, multi-cultural city and although it can seem a little intimidating the first time you visit. Denpasar is bristling with temples, palaces and museums and its occupants are outstandingly friendly.

Denpasar, located just south of the equator, has a tropical wet and dry climate, with hot and humid weather year-round. Due to this, there is little temperature change throughout the year. The wet season lasts roughly from November to May, while the dry season lasts from June to October.

After spending time in the crowded city, head 45 minutes north to *Ubud (map) for clean air and spiritual refreshment. The golden beaches of *Sanur (map) are just 15 minutes drive east.

When visiting any of the temples in Denpasar, remember to bring a sarong and sash with you. These temples receive relatively few foreign visitors and are unlikely to have temple dress available for hire or loan.

Pesta Kesenian Bali (*Bali Art Festival). The Bali Arts Festival is a full month of daily performances, handicraft exhibitions and other related cultural and commercial activities during which literally the whole of Bali comes to the city to present its offerings of dance, music and beauty.

It is a month long revelry that perhaps no other place in the world can put up on such a low budget as the Balinese.

There are many small budget hotels in Denpasar which are primarily aimed at domestic business travellers as few foreign tourists stay in the city here.

Alun-Alun Puputan (Puputan Square, map). The huge four-faced, eight-armed Catur Mukha statue is situated here at the centre point of the city. The square is a key point of orientation for the whole city. If you get lost, find your way back here and all will be clear.

Bali Museum (Museum Negeri Propinsi Bali, map), eastern side of the Alun-Alun Puputan. The grounds and architecture are quite charming, and the museum is housed in four separate pavilions. The main pavilion has a great collection including ancient stone, bronze and wooden artifact. The southern pavilion houses many textiles, the northern pavilion concentrates on the history of Balinese performance art, and the central pavilion is devoted to Balinese Hinduism and ritual.

Pura Agung Jagatnata (map) Adjacent to the northern boundary of the Bali Museum. This temple is open to all worshipers without any restriction as it is a government building and not a village temple. There are large ceremonies here twice a month at full moon and dark moon.

Denpasar is a melting pot of different cultures from all over Indonesia. There are few places where the results of the government trans-migration policy are more evident than here. For that reason it is a wonderful place to eat with restaurants specialising in different regional and ethnic Indonesian cuisines.

BUS >   Trans Sarbagita is a bus rapid transit (BRT) system in Denpasar. There are direct bus services to Bali from all major cities on Java and Lombok that link with ferries for sea crossings. These are cheap and easy, but slow. Perama bus company is a good option for budget travelers. There are no Perama bus from Java, only from Mataram, Lombok. Kura-Kura Bus is a public shuttle service that operates from southern Bali to Ubud, but oriented towards tourists as it stops at hotels and places of interest.

RAIL >   There is no train station in Denpasar, since there are actually no trains in Bali.

PT Kereta Api – the government-owned train company, runs trains across most of Java and some parts of Sumatra. + tiket.com (*Rail transport in Indonesia)