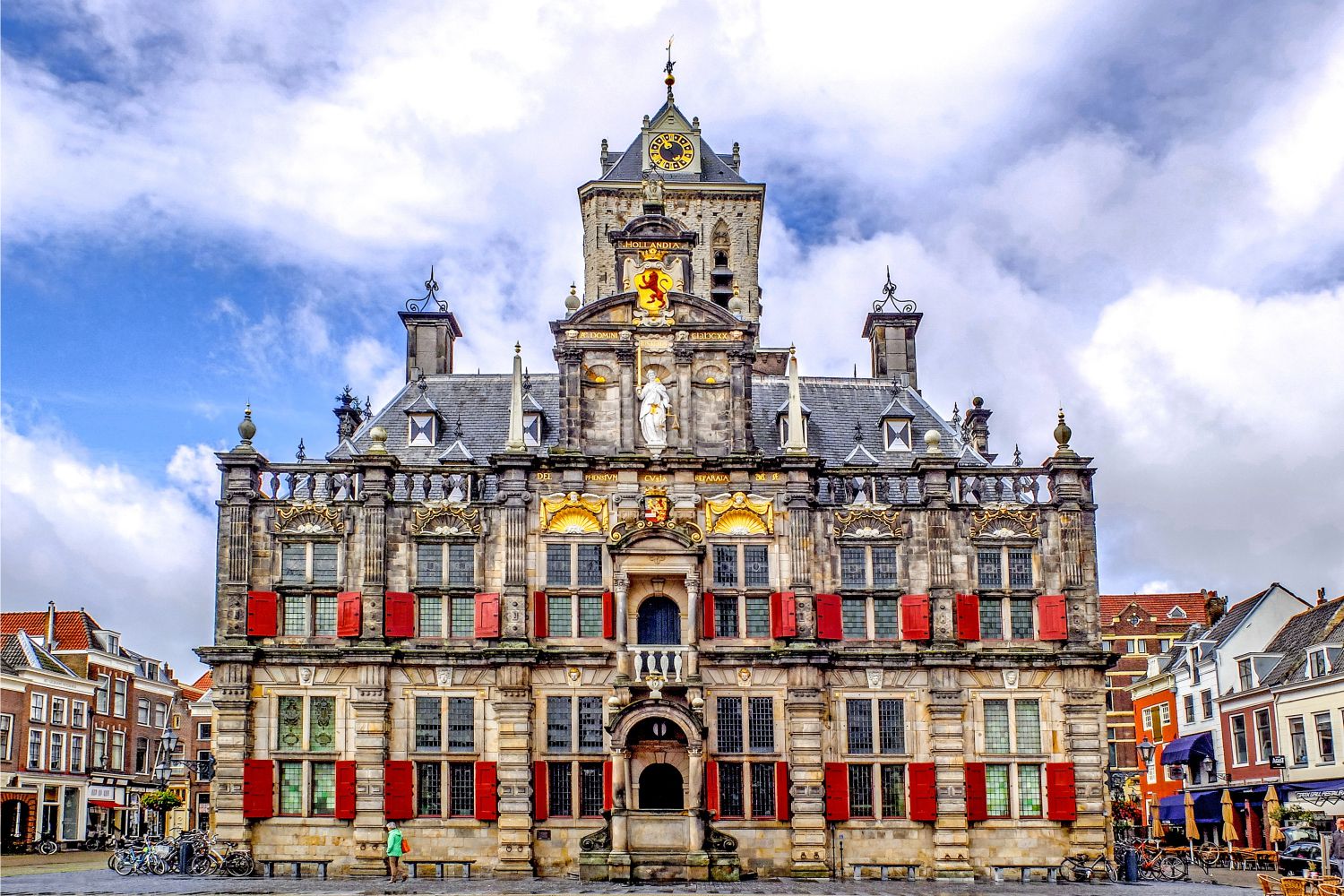 Delft (map) is a beautiful, unspoiled town with traditional architecture, canals and bikes. It is located between Rotterdam, to the southeast, and The Hague, to the northwest. Together with them, it is part of both Rotterdam–The Hague metropolitan area.

It’s also home to the world famous blue and white ceramics. And if the bustling crowds of Amsterdam are not really your thing, Delft is a lovely alternative, offering an equally interesting insight into the cultural wealth of old “Holland”, on a far more intimate scale.

Nieuwe Kerk (New Church, map). Located at Markt, this church was built in 1496. The royal burial chamber is in this church but is not accessible. Prince William of Orange was the first to be buried here, after being shot in 1584. It is possible to climb the 108.75 m tower to get a impressive view of Delft and surroundings. It’s the second highest church tower, after the Dom church of Utrecht. You can see both Rotterdam and The Hague. On clear days is it possible to see Leiden and even Amsterdam. It’s well worth the effort.

Oude Kerk (Old Church, map). This is Delft’s oldest church, built in 1246. The interior of this church is excellent. Famous Dutchmen are buried in this church, including: Piet Hein, Maerten Tromp and Johannes Vermeer.

Stadhuis Delft (map). After a fire in 1618 after which only the tower remained, Hendrick de Keyser rebuilt the town hall. He reused the tower and some remaining walls. In 1620 construction was finished. The building was renovated in the 19th century.

Beestenmarkt (map). This is a tree-covered square with restaurants, cafés and bars all with outside seating. Very busy all year round. Many pubs have patio heaters to provide comfort after sunset.

Delfts Blauw (Delft Blue) is a traditional Delft pottery. In the 18th century the city was famous for its porcelain. Around 1750, 32 earthenware factories were located in Delft. Avoid anything that says “Holland” on it, or depicts windmills. Check out the antique stores if you want something really traditional. >> Koninklijke Porceleyne Fles (Royal Delft factory, map) is the only porcelain factory still operating in the town. It is possible to visit the factory or to participate in a workshop. + Aardewerkfabriek De Candelaer (map)