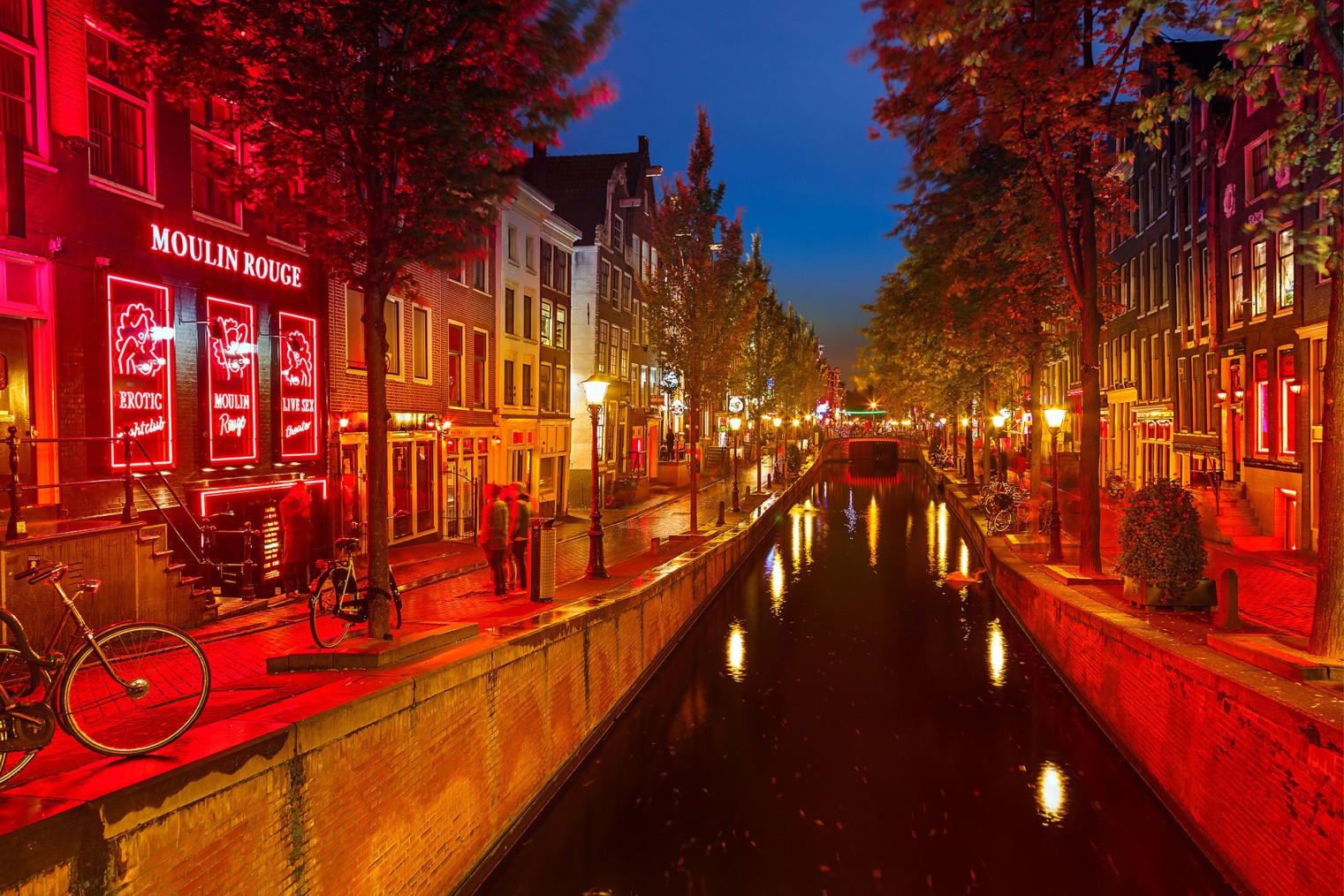 De Wallen (map) the largest and best known red-light district in Amsterdam. It consists of a network of alleys containing approximately three hundred one-room cabins rented by prostitutes who offer their sexual services from behind a window or glass door, typically illuminated with red lights and blacklight. Window prostitution is the most visible and typical kind of red-light district sex work in Amsterdam.

According to Job Cohen, the former mayor of Amsterdam, “We’ve realized this is no longer about small-scale entrepreneurs, but those big crime organizations are involved here in trafficking women, drugs, killings, and other criminal activities” (*Prostitution in the Netherlands)

The *Binnenstad (map) is the medieval heart of Amsterdam. It is where most foreign visitors arrive and leave, and has a lot of the city’s prime attractions.

De Wallen, together with the prostitution areas Singelgebied and Ruysdaelkade, form the Rosse Buurt (red-light areas) of Amsterdam. Of these De Wallen is the oldest and largest area. It is one of the city’s major tourist attractions and the government of Amsterdam is examining ways to limit tourist numbers.

Cannabis coffeeshops in the RLD and elsewhere in the Netherlands are licensed to sell cannabis and serve soft drinks. Some may serve small packaged food, or even whole meals infused with cannabis. The sale of tobacco on its own is not permitted, but many offer pre-rolled joints filled with a mix of cannabis and tobacco. Alcoholic beverages are generally not permitted inside of coffeeshops.