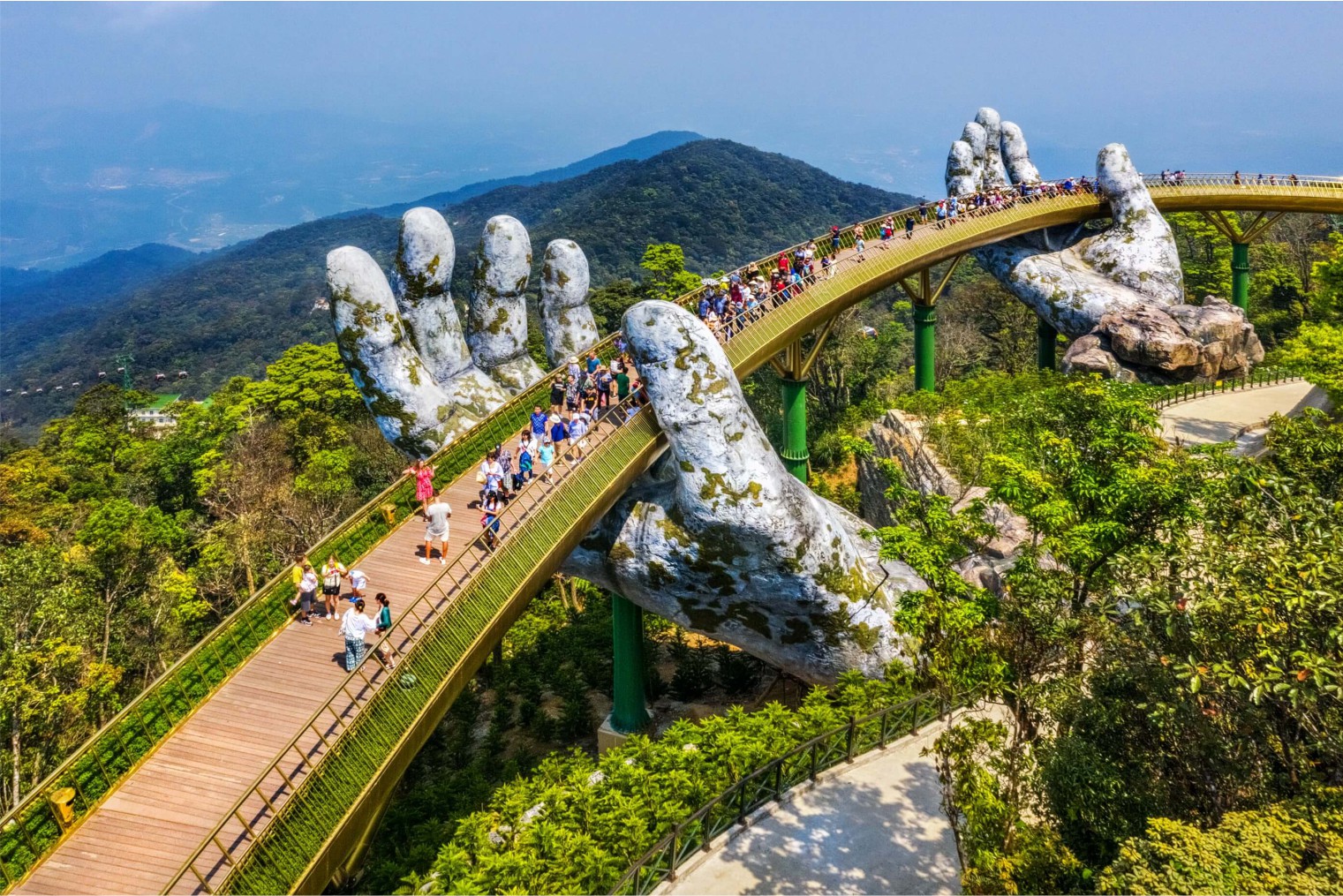 The city is often overlooked by tourists but it is one of the friendliest to backpackers in all of Vietnam. My Khe Beach (map), known to American GIs as China Beach, is now home to a small community of guesthouse owners, marble statue shops, and other various trades. Some of the most beautiful and isolated beaches in Vietnam are found here, among some of the friendliest people. This is a must-stop for the budget traveler.

The downside to the very laid-back, less serious and frenetic aspect of Da Nang is that even locals frequently complain that there is nothing to do except drink, which they do a lot.

The hottest months of the year are Jun-Aug, when the temperature can go as high as 40°C, and it is very humid. There are usually tropical storms from Oct-Nov.

Ba Na Hill Station (Bà Nà, about 40 km west, map). Ba Na is 1,487 m above sea level in the Truong Son Mountains. It was formerly a 1920s French resort and once boasted 200 villas, restaurants, and clubs. It is known as the second Dalat or Sa Pa in central Vietnam. Today the area still attracts locals and tourists alike thanks to a cable car system that was opened in 2009 and set two Guinness World Records for its height and length.

Dragon Bridge (map). A 2013 bridge built in the shape of a dragon, breathing fire and water each Saturday and Sunday night at 21:00.

Marble Mountains (Ngu Hanh Son, map). The group includes Kim Son (Mountain of Metal), Moc Son (Mountain of Wood), Thuy Son (Mountain of Water), Hoa Son (Mountain of Fire), and Tho Son (Mountain of Earth). Several Buddhist temples have been built into the caves and grottoes, and it’s a popular pilgrimage site. The real fun, though, is at the Am Phu cave, where you can make the steep climb up toward the light and a view from the top of the mountain, surrounded by approving sacred images.

BUS >   danangbus.vn. Every major city will have a centralised bus station, and most of the major companies will have ticket offices at the stations. Some reputable companies include Mai Linh Express and Sinh Tourist. (*Buses in Hanoi)

AIRPORTS >   Da Nang International Airport. Flights are the fastest way to traverse this long country. The flight from Hanoi to HCMC is only about 2 hours. >> vietnamairport.vn