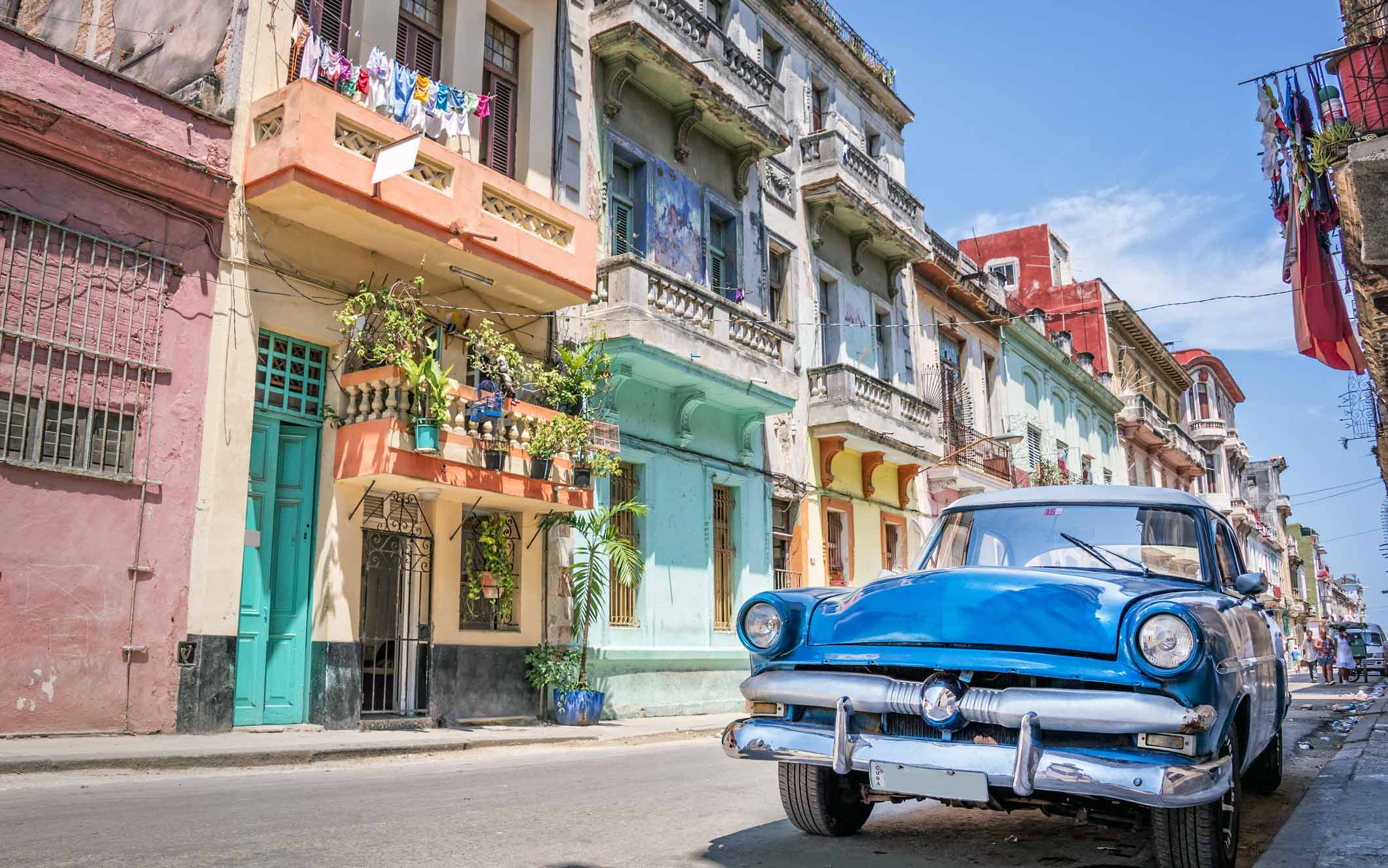 With its favorable climate, beaches, colonial architecture and distinct cultural history, Cuba has long been an attractive destination for tourists. Until 1997, contacts between tourists and Cubans were de facto outlawed by the Communist regime. Tourist areas are highly concentrated around *Varadero (map), *Cayo Coco (map), the beach areas north of *Holguin (map), and *Havana.

The *Old Town of Havana, ‘La Habana Vieja, is a UNESCO World Heritage Site and strolling along its streets and enjoying the beautiful buildings is a must for any visitor. An evening walk along the Prado (map) is a great way to sip in the street life and enjoying the hums of numerous cafes and restaurants. Another favorite stroll for tourists and locals is along El Malecón (map), Havana’s waterfront with stunning views of the city.

*Camagüey (map) – Cuba’s third-largest city is a maze of narrow alleyways, Catholic churches, and jars known as tinajones. *Matanzas (map) – with a name that translates to “massacres,” this industrial port city at the end of the Hershey railway is a hidden gem of Afro-Cuban culture and history. *Trinidad (map) – World Heritage Site with charming, colonial-era buildings.

The best times to go are between December and April, to avoid the storms and hurricanes before December and the sticky heat of the Cuban summer which can be unbearable for some. This is also the high season so expect a price increase during this period.

Do not stay at a resort, unless you do not want to experience the local culture. Authentic Cuba are mostly non-touristy and cheap things, like dark local bars with local people, packed local buses, hitch-hiking with the amarillo, or casa particulares.

If you want to experience something of the real life of Cubans, the best places to stay are casas particulares, which are private houses licensed to offer lodging services to foreigners. A casa particular is basically a private family establishment that provides paid lodging, usually on a short-term basis.

Internet in Cuba has some of the lowest penetration rates in the Western hemisphere.

OpenStreetMap still has the best coverage of Cuba.

José Martí International Airport outside Havana is the main gateway and is served by major airlines.

There are also local provincial buses that serve local destinations such as neighbouring provinces (for example from Santiago you can use these buses to get to Bayamo or Guantanamo). These buses are often overcrowded and are usually old (pre-1960s) Eastern European vehicles.

The main train line in the country runs between Havana and Santiago de Cuba, with major stops at Santa Clara and Camagüey. Trains also run to other cities such as Cienfuegos, Manzanillo, Morón, Sancti Spiritus, and Pinar del Rio.

Calm roads and beautiful scenery make Cuba an ideal country for biking. In January – February, you can be confident you will come across at least a few bike tourers. If touring independently, you will have to bring your own bike as bikes suitable for trekking are not readily available in Cuba.