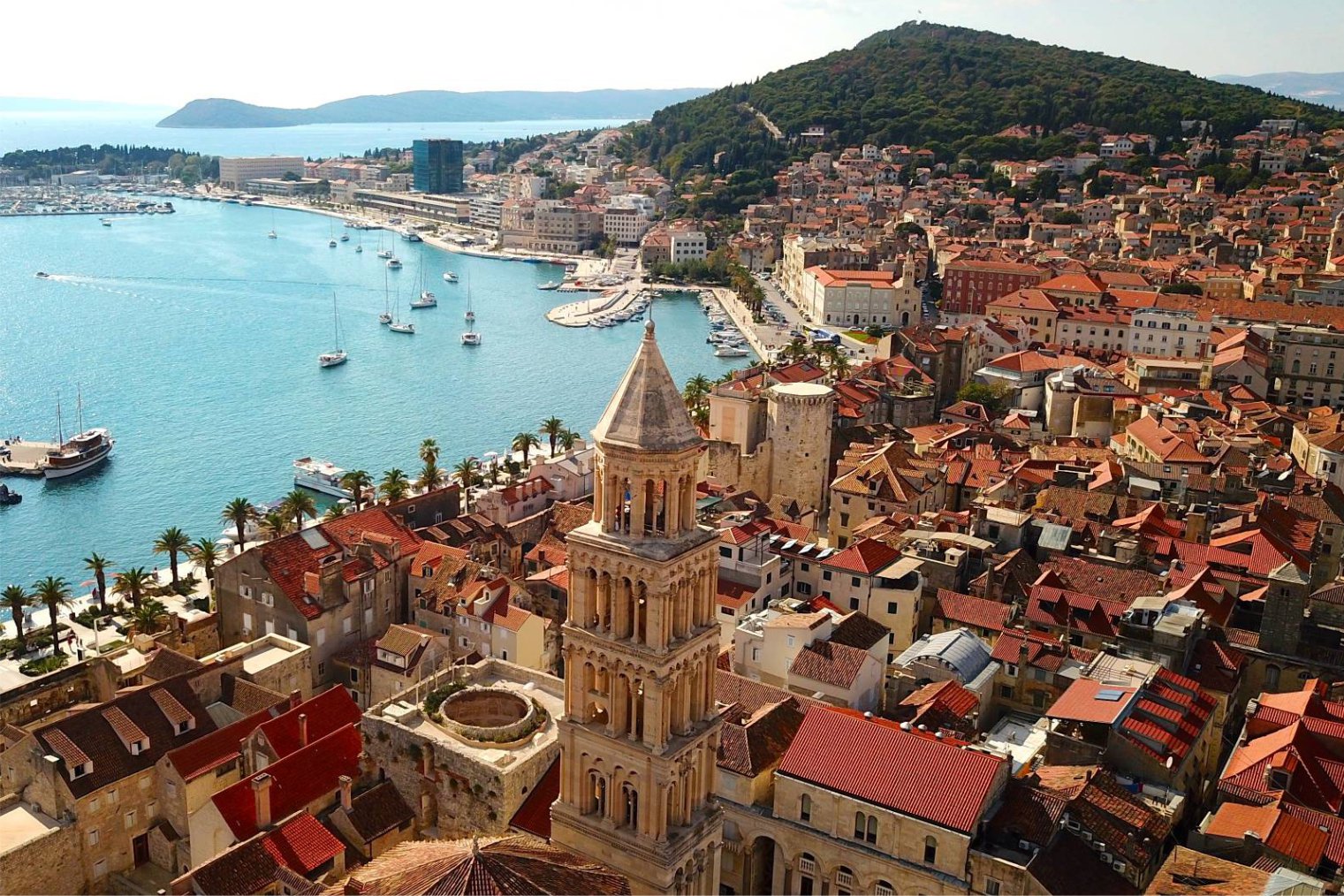 Croatia has an impressive history, a fact that is best explained through the vast array of sites worth visiting. Most towns have an historical centre with its typical architecture. There are differences between the coast and the continental part, so both areas are a must.

Like Prague or Budapest, Zagreb has a Central European feel to it, with a large and well-preserved old town on the hill and a 19th-century city center. The Croatian capital is also the country’s largest cultural center, with many museums and galleries.

One of the best-known Croatian tourist sites is the fortified city of Dubrovnik (map) with its Renaissance culture. The highlight is the Sponza Palace which dates from the 16th century.

How to arrive • Beaches beyond

*Insular Croatia consists of over a thousand islands and islets varying in size, 48 of which are permanently inhabited. The largest islands are *Cres (map) and *Krk (map).

Tourism in Croatia is concentrated in the areas along the Adriatic coast and is strongly seasonal, peaking in July and August.

The city of Poreč (map) is known for the UNESCO-protected *Euphrasian Basilica. The region’s largest city Pula (map) has one of the best preserved amphitheatres. Pula is the end point of the EuroVelo 9 cycle route that runs from Gdańsk on the Baltic Sea through Poland, the Czech Republic, Austria, Slovenia and Croatia. The town of Rovinj (map) contains well-indented coastal areas with a number of small bays hidden within dense vegetation.

Opatija (map) is the oldest tourist resort in Croatia, its tradition of tourism ranging from the 19th century. The former Venetian island towns of Rab (map) and Lošinj (map) are popular tourist destinations. The island of Rab is rich in cultural heritage and cultural-historical monuments.

Zadar (map) the largest city in the region, gained its urban structure in Roman times; during the time of Julius Caesar and Emperor Augustus, the town was fortified and the city walls with towers and gates were built.

The old city of Trogir (map) contains a mixture of influence from the Hellenistic period, Romans, and Venetians with its Greek architecture, Romanesque churches, Renaissance and Baroque buildings.

Paklenica National Park (map) is the most visited climbing site in Croatia, and the largest in Southeast Europe. The Park area contains 150–200 km of trails and paths intended either for tourists or mountaineers. The trails in the Park are marked with boards and mountaineering signs.

The coastal city of Split (map) is also the second largest city in Croatia, and is known for its unique Roman heritage which includes UNESCO-protected Diocletian’s Palace (map). The city was built around the well-preserved palace, which is one of the most complete architectural and cultural features on the Croatian Adriatic coast.

Croatia’s most famous lakes are the Plitvice lakes (map), a system of 16 lakes with waterfalls connecting them over dolomite and limestone cascades. The lakes are renowned for their distinctive colours, ranging from turquoise to mint green, grey or blue.

The rail network passenger lines are operated by Hrvatske željeznice.

Jadrolinija is the main Croatian passenger shipping line that maintains the largest number of regular international and domestic ferry and shipping lines.