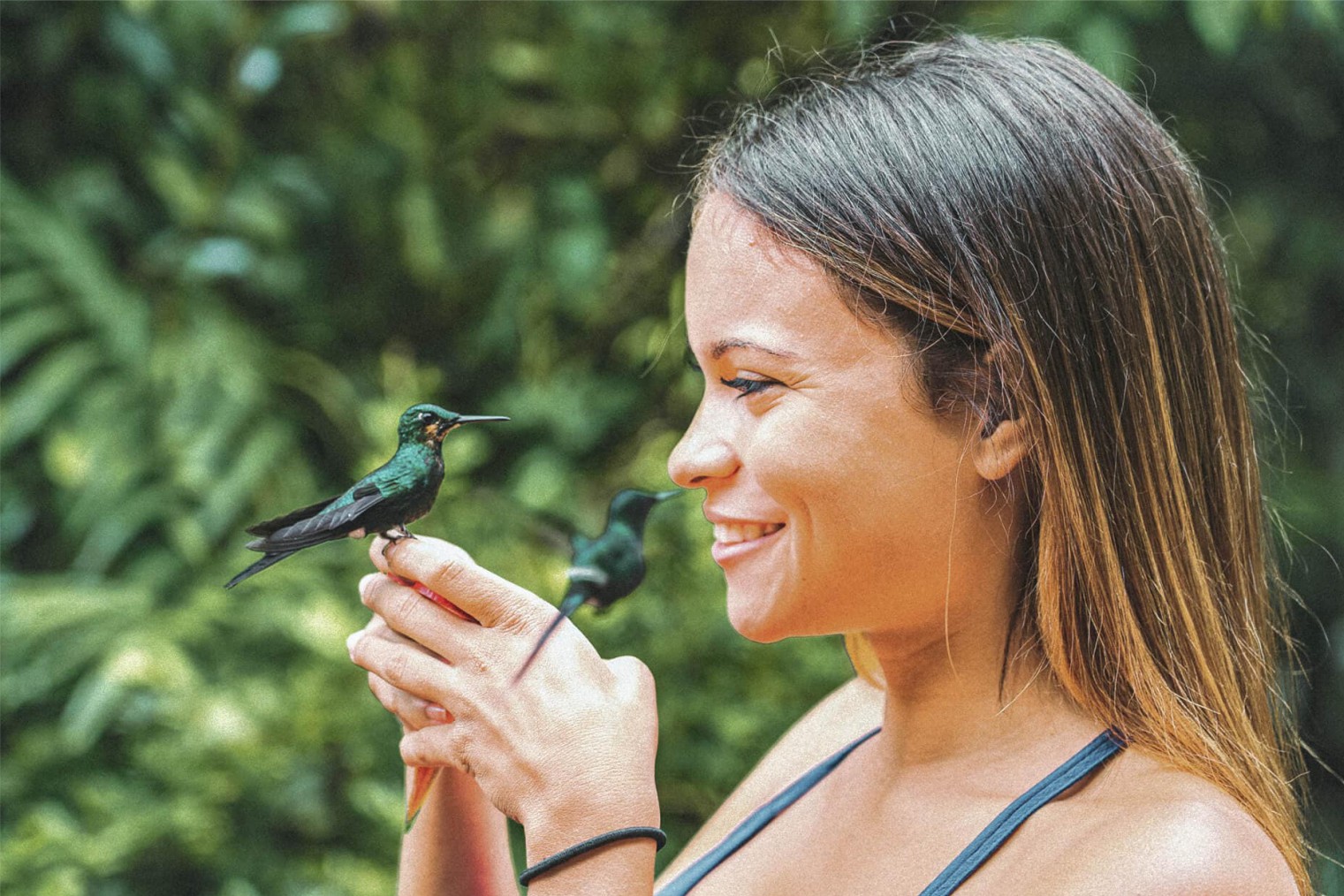 In November 2017, National Geographic magazine named Costa Rica (CR) as the happiest country in the world. The article included this summary: “Costa Ricans enjoy the pleasure of living daily life to the fullest in a place that mitigates stress and maximizes joy”. Especially compared to its volatile neighbors it’s an exceptionally stable and peaceful country and is one of the world’s top destinations for nature and ecotourism.

Costa Rica is generally regarded to be one of the less crime-ridden and more politically stable countries in Latin America. Still, travellers should exercise caution.

There are two seasons. The “summer” or dry season is December to April, and “winter” or rainy season is May to November.

Entry Requirements • Bus itinerary • Things To Do • Tips for travelers

*South Pacific. One of the most bio-diverse environments on the planet, full of exotic endemic flora and fauna, and some of the planet’s most beautiful and remote tropical beaches.

There is a wide variety of exciting rafting trips offered. For many years, the rafting Mecca of CR was *Turrialba (map), a large town embedded in the mountains near the Reventazon and Pacuare Rivers.

For proper mountain hiking head to the mountains near San Isidro de General (map), which are probably the most alpine mountains. If you are a keen hiker interested in a Nepal-like feel, head here for some serious adventure. Check out *Chirripo National Park.

CR has many surfing hotspots. The best time of year to surf is from November to August.

A pioneer of ecotourism, CR draws many tourists to its extensive series of national parks and other protected areas. The trail Camino de Costa Rica (wiki) supports this by allowing travelers to walk across the country from the Atlantic to the Pacific coast.

One national park, the *Corcovado National Park (map), is internationally renowned among ecologists for its biodiversity (including big cats and tapirs) and is where visitors can expect to see an abundance of wildlife.

English is spoken by staff at most tourist establishments, and information for visitors is often bilingual.

One of the most wonderful activities for people who love nature is bird-watching, over 800 species.

Here is a quick list of the country’s biggest and most popular beach destinations: *Manuel Antonio (map) — one of the best known destinations in Central America, its main feature is a beautiful and tiny National Park. *Jacó (map) — the “city of surf”, holds national and international tournaments and it is conveniently located with beautiful wildlife spots such as Carara National Park.

*Corcovado (map) — one of the most diverse and nature dense spots, the main attraction in the Osa Peninsula, with black sand beaches. *Montezuma (map) — the bohemian option, on the Nicoya Peninsula, full of dreadlocks, surfers, and what you would expect would come along with them.

*Tortuguero (map) — caters to eco-tourists looking to explore the rainforest and spot some manatees, monkeys and birds. Tortuguero is both a small town only accessible by boat, but also the name of the National Park, dubbed “the Amazon of Central America”. *Puerto Viejo (map) — the main hub of Costa Rica’s South Caribbean, has a nice laid-back vibe with small hotels and beautiful light sand beaches.

The Interamericana (*Pan-American Highway) runs through CR and is the main entry point by car. It is labeled as “Ruta 1” North of San José and “Ruta 2” south of it.

There is an extensive network of bus routes within the country with reasonable fares. Departures are very punctual, though routes often take longer than expected. San José has a remarkably large number of bus stations for a town of its size; bus departure points occasionally change. Make sure to double check the location of the terminal for the bus you want to take.

Centrocoasting.com is a free and invaluable resource for navigating the country (and rest of Central America) by bus, and offers bus schedules and prices for most of the major routes in the region.