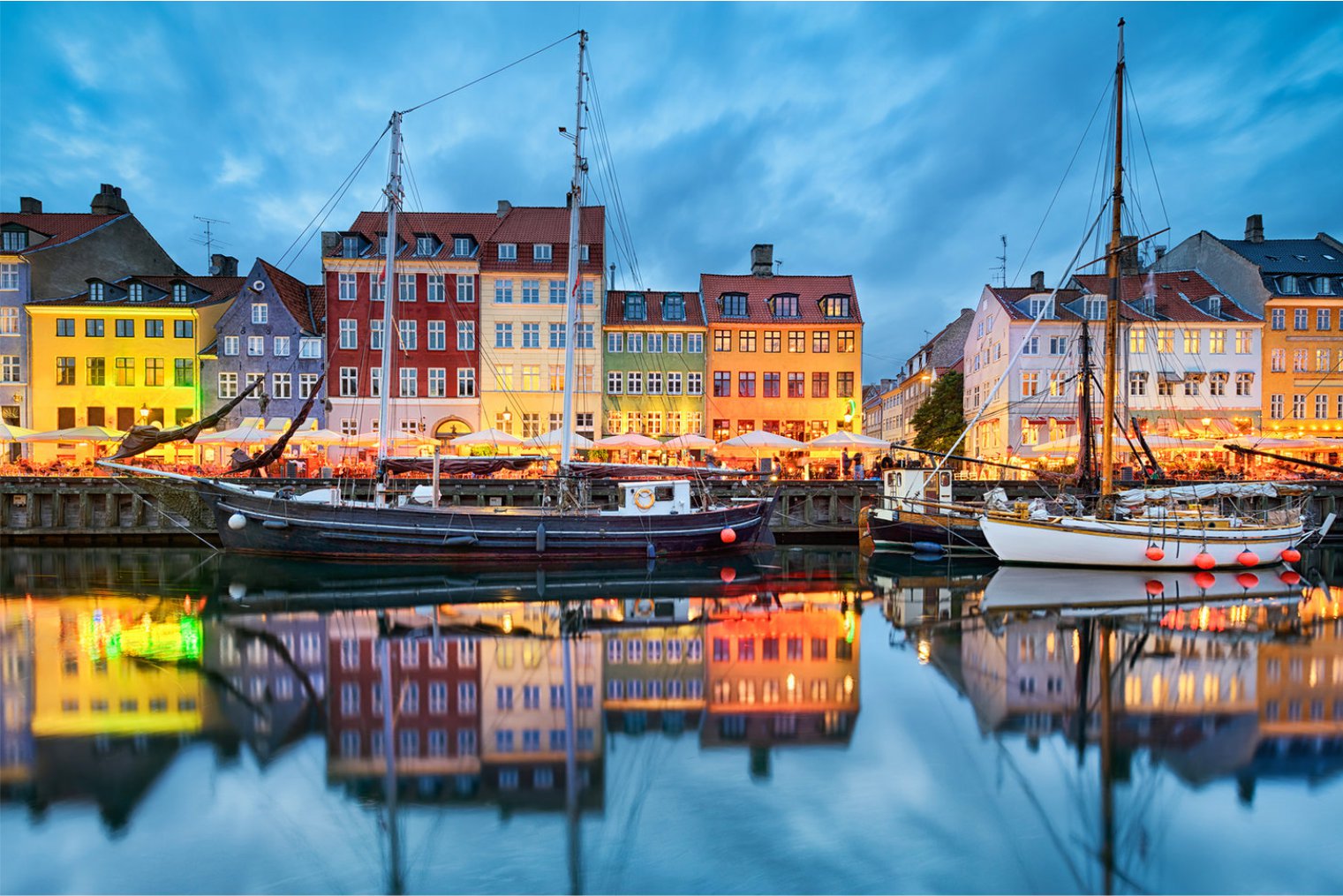 Copenhagen (København, map) is the capital city of Denmark. It is big enough to form a small Danish metropolis, with shopping, culture and nightlife par excellence, yet small enough still to feel intimate and be safe.

Copenhagen serves as a cultural and geographic link between the Nordic countries and central Europe. Copenhagen is where old fairy tales blend with flashy modern architecture and world-class design; where warm jazz mixes with crisp electronica from Copenhagen’s basements.

You could feel you have seen all of Copenhagen in one day, but further exploration will keep you discovering more for months.

The oldest section of Copenhagen’s inner city is often referred to as Middelalderbyen (the medieval city). However, the city’s most distinctive district is Frederiksstaden, developed during the reign of Frederick V. It has the Amalienborg Palace (map) at its centre and is dominated by the dome of Frederik’s Church (or the Marble Church, map) and several elegant 18th-century Rococo mansions.

Indre By (map) Centrum, the Medieval City. The heart of the district is the medieval city, shaped like a square with Rådhuspladsen (map), Kongens Nytorv (map) and Nørreport (map) as its corners. It is dotted with historic buildings, church spires and narrow streets.

Many of them has been pedestrianized and is commonly known as Strøget (map), Copenhagen’s main shopping area. But it gets much more interesting if you venture into the narrow streets and squares, since it hides some interesting shops, restaurants and old traditional bars hidden away for the curious traveler.

Christianshavn’s (map) main attraction, is Christianshavn itself. It bears some resemblance to Amsterdam, with its quiet streets branching out from the main canal, flanked by old houses, in bright colours, some dating back to 18th century – one of the photogenic ones is Amagergade on the right side of the main street, at the end nearest the dam to Amager. And of course the green oasis of the free town Christiania (map), with its creative home build houses.

The National Museum (map), Nationalmuseet, is Denmark’s largest museum of archaeology and cultural history, comprising the histories of Danish and foreign cultures alike.

Copenhagen has one of the highest number of restaurants and bars per capita in the world. The nightclubs and bars stay open until 5 or 6 in the morning, some even longer. Denmark has a very liberal alcohol culture and a strong tradition for beer breweries, although binge drinking is frowned upon and the Danish Police take driving under the influence very seriously.

Copenhagen, like the rest of Denmark, has four distinct seasons. The best time to visit is definitely the warm period from early May to late August. Current weather forecasts can be checked at the Danish Meteorological Institute website.

AIRPORTS >   Copenhagen Airport is the largest airport in Scandinavia.

Transport in the Faroe Islands (wiki)