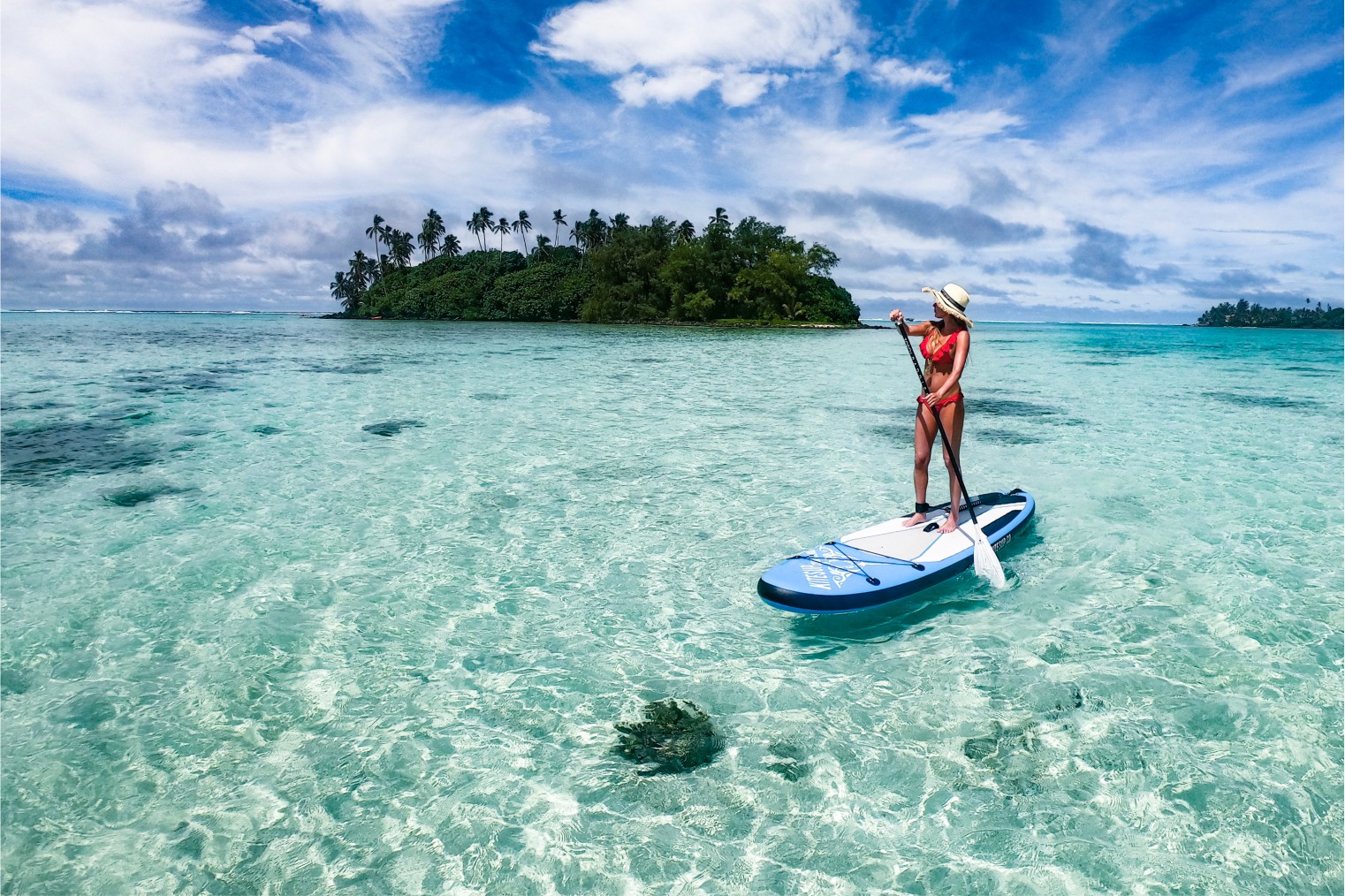 The Cook Islands (map) is a self-governing island country in the South Pacific Ocean in free association with New Zealand. It is an archipelago with 15 islands spread out over 2.2 million km2 of ocean.

*Northern Cook Islands (map). Low coral atolls close to the equator. The islands are sparsely inhabited and difficult to travel to.

*Southern Cook Islands (map). Mostly volcanic and hilly islands, with a few atolls. These islands host most of the population and includes the two main destination islands of *Rarotonga (map) and *Aitutaki (map).

+ discovercookislands.com • Islands • Getting around • Things to do

The first European contact with the islands took place in 1595 when the Spanish navigator Álvaro de Mendaña de Neira sighted the island of Pukapuka, which he named San Bernardo (Saint Bernard).

Cyclone season is November to March, but there’s a large cyclone only once every five years or so.

Rarotonga International Airport is the main gateway. There are daily services to Auckland (3½ hours) and weekly services to Sydney and Los Angeles.

Culture of the Cook Islands (wiki)