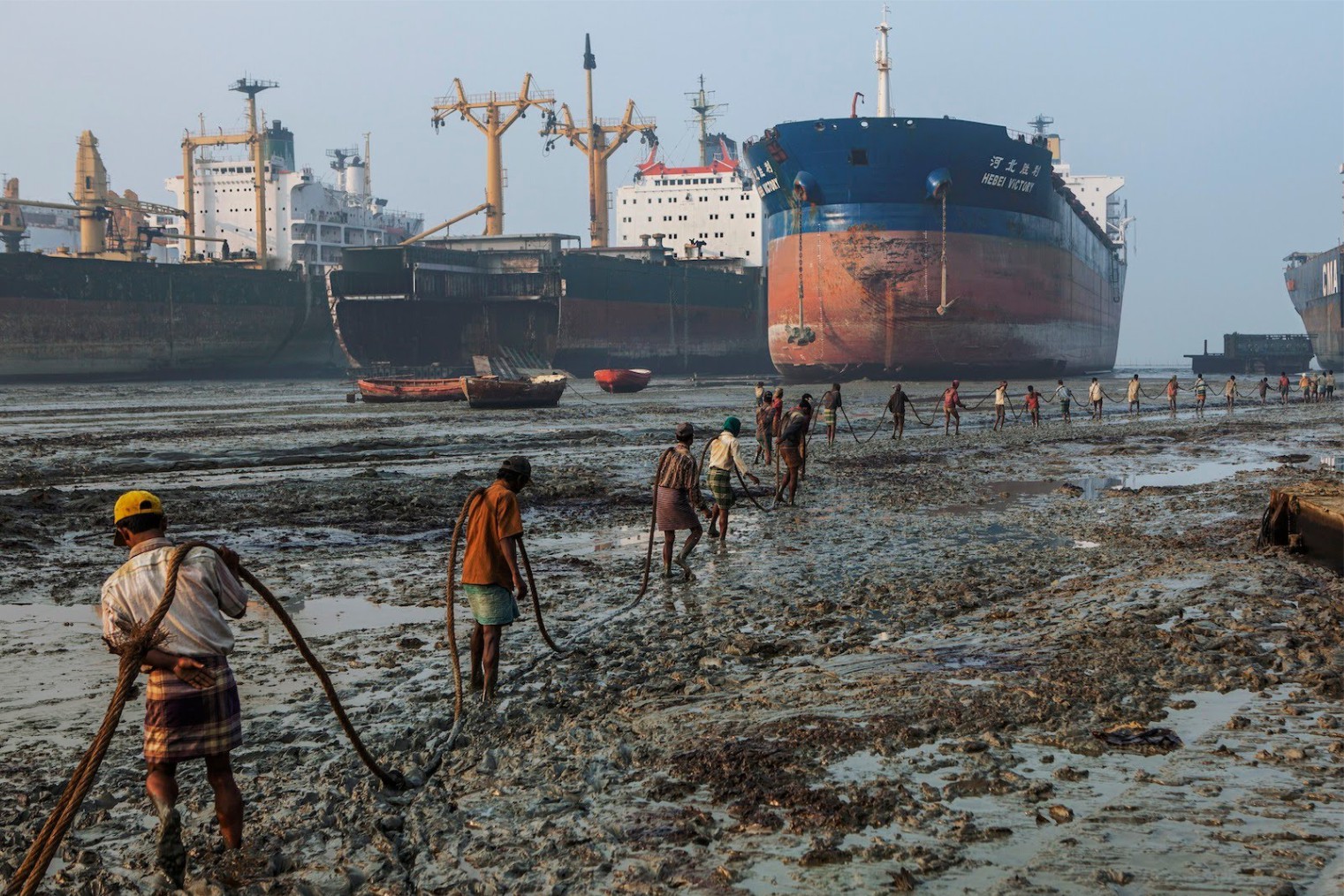 Chittagong (officially Chattogram, map) is the main international seaport and second largest city in Bangladesh. As in *Dhaka, its streets are filled with masses of rickshaws. Chittagong puts in a little more effort than other Bangladeshi cities to keep its streets and sidewalks clean.

Chittagong Ship Breaking Yard is located in Faujdarhat (map) along the 20 kilometres (12 mi) north-west of Chittagong. Handling about a fifth of the world’s total, it was the world’s largest ship breaking yard, until that record was taken by Alang (map) in India.

In 1960, after a severe cyclone, the Greek ship M D Alpine was stranded on the shores of Sitakunda, Chittagong. It could not be re-floated and so remained there for several years. In 1965, Chittagong Steel House bought the ship and had it scrapped. It took years to scrap the vessel, but the work gave birth to the industry in Bangladesh.

Tourists are not usually welcome, but some travellers have been able to sweet-talk the gate-keeper and get amazing photos of massive ships being dismantled for parts and steel. There are many breaking yards stretching for miles, so start at one end and try your luck until you have success. Keep your wits about you, safety practices leave something to be desired. It’s also wise to keep your camera hidden until you’re out of view of the officials, lest you be mistaken for a journalist out to do them harm.

Central Railway Building (map). Completed in 1872, it is one of the oldest buildings of the port city.

Chandanpura Masjid / Masjid-e-Siraj ud-Daulah (map). Situated in the old city, the multi-domed mosque is an architectural sight to behold. For its impressive architecture consisting of multiple domes and minarets painted in bright colors the mosque is one of the famous landmarks in the city.

Getting around in Chittagong is always an adventure. Traffic is, by and large, horribly congested and many drivers will think nothing of quoting ten times the going price to a tourist.

BUS >   There are 2 spots in the city where the major private companies operate from and have offices – just to the south of GEC Circle on CDA Ave (map), and on Station Road near Hotel Golden Inn (map).

RAIL >   Chittagong Railway Station (map). Trains run to *Dhaka, *Sylhet, *Mymensingh and other cities. Chittagong is a terminal station on the metre gauge eastern section of the Bangladeshi Railway.