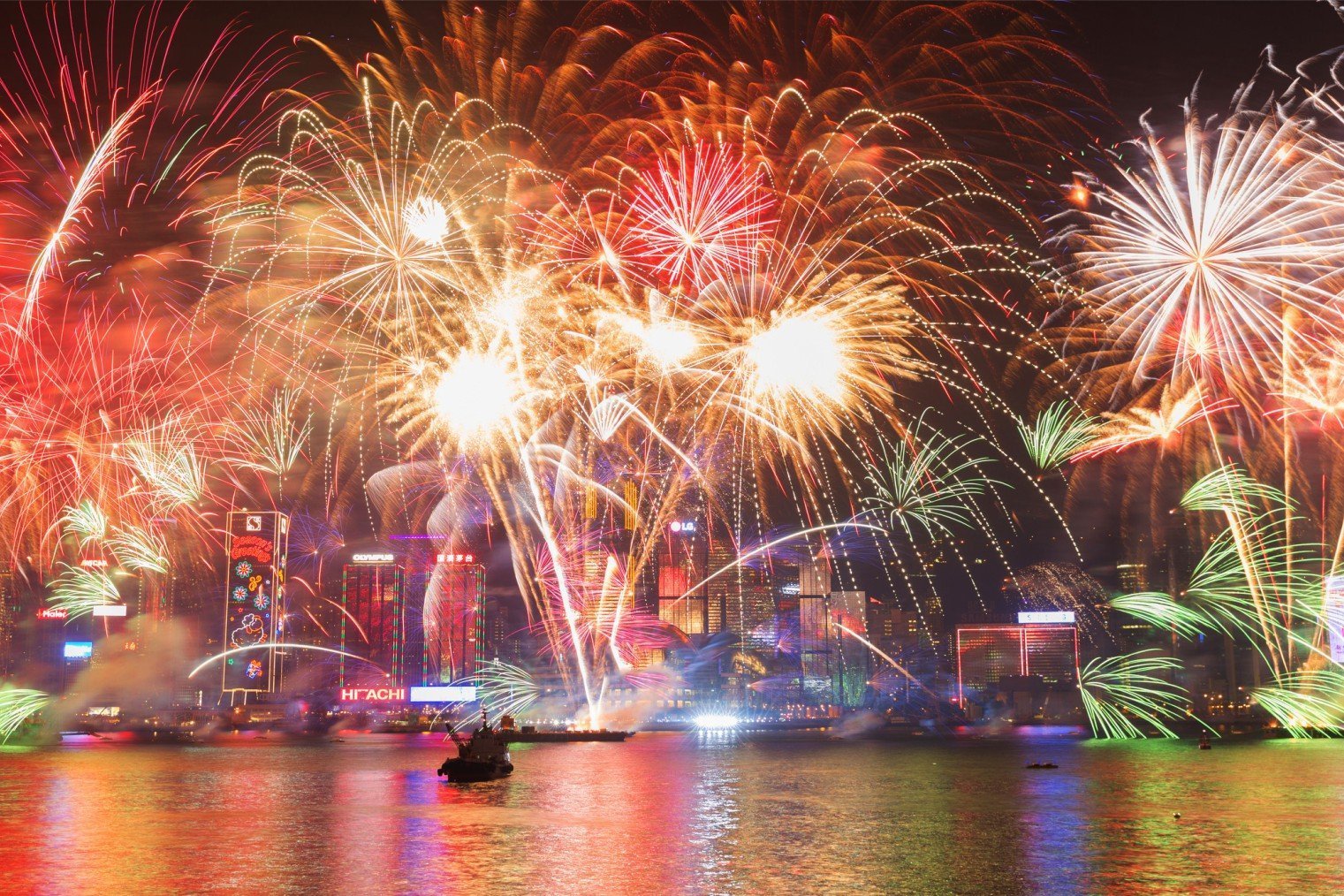 In Hong Kong, people mark the occasion with a unique fusion of modern fun and ancient customs. The three days comprising a night parade, spectacular fireworks, and horse racing often make it to the top of world festival event lists.

Crowds line the streets and make way for the parade in the Tsim Sha Tsui area (map) near Victoria Harbour. The night parade begins at 8pm but pre-parade street performances usually begin at 6pm. You’d better arrive early to get a good spot.

In modern China, migrant workers in China travel home to have reunion dinners with their families on Chinese New Year’s Eve. Buses and airlines starting from 15 days before the New Year’s Day. This 40-day period is called chunyun, and is known as the world’s largest annual migration. More interurban trips are taken in mainland China in this period than the total population of China.

Come midnight on the eve of Chinese New Year, thousands gather at Wong Tai Sin Temple (map) to make offerings – it’s believed that the earlier they arrive, the bigger the blessing. Set on the south side of Kowloon’s Lion Rock mountain, this sprawling complex of altars, pavilions and gardens is an important site for Taoist, Buddhist and Confucian worshippers.

The Temple Street Night Market (map) pedestrian street is a place to browse for bargains and to snack or have a meal beforehand.

On the second day of the Spring Festival, Victoria Harbour is scheduled to roar with a giant firework display with choreographed pyrotechnics. The show is set to last for about 25 minutes. It usually coincides with the daily record-setting Symphony of Lights with its colorful building lights and laser light show.

The best places to view the display are both sides of the harbor front in Tsim Sha Tsui , Central, Wan Chai, by boat on the water, or from The Peak.

Octopus card – a contactless smart payment card, is widely accepted on railways, buses and ferries, and can be used for payment in most retail stores.