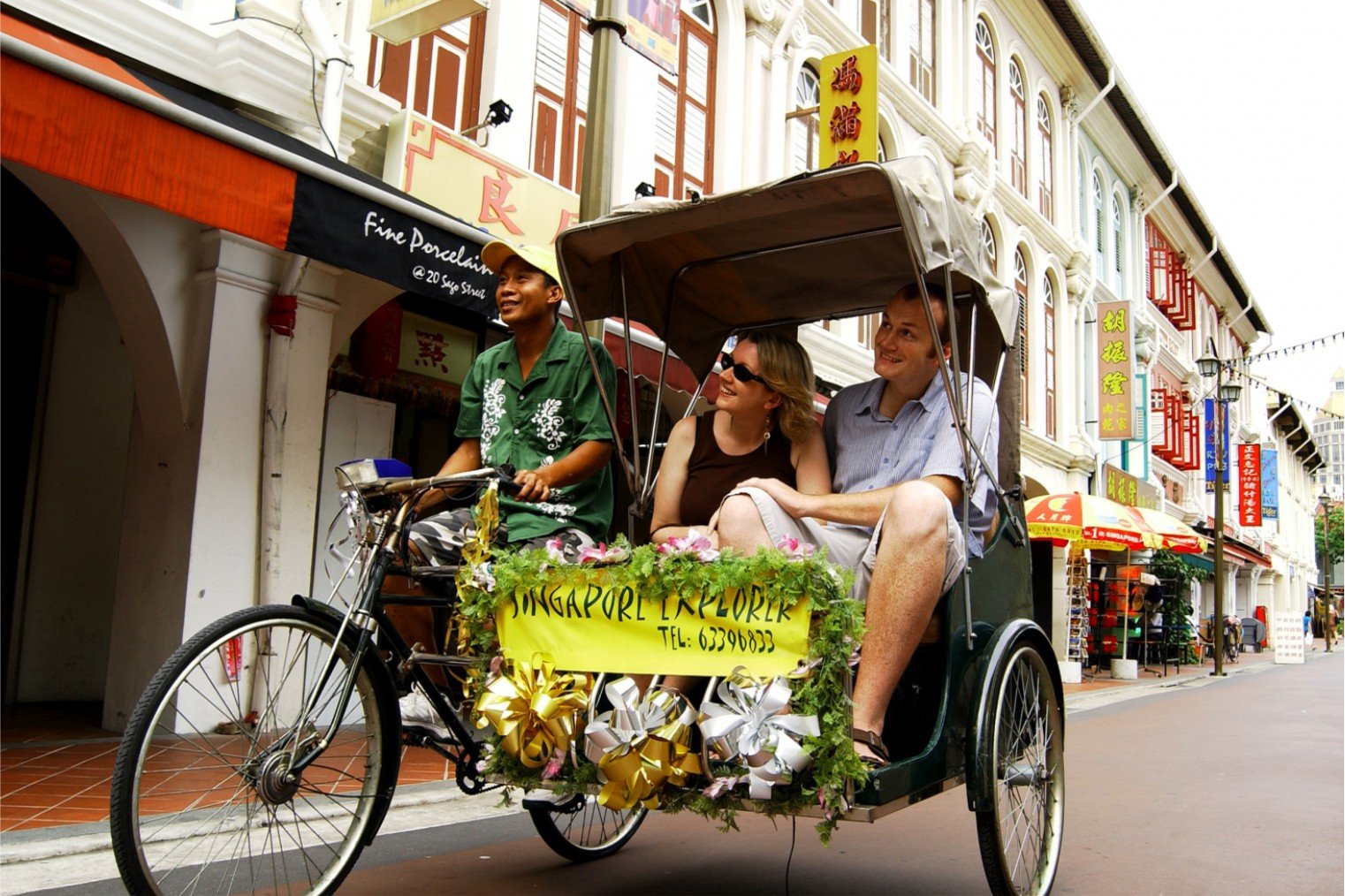 Singapore’s Chinatown (map) is the traditional Chinese quarters of town, and while the entire city is largely Chinese these days, the area does retain some of its own charm. The area is also known as Niu Che Shui (牛车水) in Chinese and Kreta Ayer.

Chinatown’s primary attraction is the town itself, composed as it is of restored shophouses full of strange little shops selling everything from plastic Buddhas to dried seahorses. Wander at random and see what you can find!

Chinatown is at its busiest and most colourful in the month preceding the Chinese New Year (Jan-Feb), when the streets are decked with festive decorations. Street markets are thronged with people, shows entertain the crowds and the drums of lion dances echo into the night.

Tanjong Pagar (map) is the unofficial home of Singapore’s gay community, with many watering holes in restored shophouses, while Club Street (map) and Ann Siang Hill (map) caters more to the expat, yuppie and hipster crowd with small, intimate eateries offering excellent (if pricey) Western and modern Singaporean fare. Hence Chinatown is quite the paradox — simultaneously the gaudiest and trendiest district in Singapore.

Held up as a shining example of racial and religious tolerance in “National Education” classes, Buddhist, Hindu and Muslim places of worship can all be found within a few hundred metres of each other.

Buddha Tooth Relic Temple (map). Towering above southern Chinatown, this four-storey temple was completed only in 2007. The imposing main hall hosts a 27-foot statue of Maitreya Buddha, and the sacred relic itself, reputedly one of Buddha Shakyamuni’s teeth, can be found on the fourth floor. On the roof is the 10,000 Buddhas Pagoda, hosting a large Tibetan-style prayer wheel.

Jamae Mosque (map). One of Singapore’s oldest mosques, built in the 1830s by Tamil Muslims in an Indian style. Note the stepped minarets outside.

*Sri Mariamman Temple (map). Singapore’s oldest and most important Hindu temple and worth a visit for the intricately carved gopuram (statuary above the entrance), which gave adjacent “Pagoda Street” its name. This is an active temple, so take off your shoes and don’t disturb the worshippers. The Thimithi fire-walking festival is held here one week before Deepavali, usually Oct-Nov.

Thian Hock Keng Temple (map). The oldest Hokkien temple in Singapore, built in the traditional Hokkien architectural style, dating back to 1821, although the structure was thoroughly refurbished in 2000. The brightly colored, elaborate facade was constructed with ironwork from Scotland, tiles from England and the Netherlands, and dragon-ornamented granite pillars from China.

Singapore City Gallery (map). 3-storey visitor gallery with large scaled models of the entire country (ground floor) as well as the city centre (incredibly life-like), which provide good orientation of the country for first-timers. There are also wonderful images of old-new Singapore to browse, free walking maps to unique districts like Joo Chiat to pick up. It is in an office building. Just walk in and take the escalator up to 2nd floor for permanent exhibits.

Chinatown Heritage Centre (map). An excellent museum chronicling how Chinatown came to be and the privation suffered by early migrants.

Smith Street (map) is a single row of fancy stalls with the nicest ambience of the lot and quite decent food too, although open for dinner only. Connoisseurs may also wish to check out the 2nd floor of the newly renovated Chinatown Complex (map), which hosts one of Singapore’s largest hawker centres with over 200 stalls, but this labyrinthine warren of concrete and fluorescent lighting is both hard to navigate and not exactly a treat to the eyes.

One of Singapore’s best food hawker centres, Maxwell Food Centre (map) is just across the road and a few minutes walk from Tanjong Pagar MRT. It is open 24 hours. Most dishes are less than $5, although seafood can get considerably more expensive.