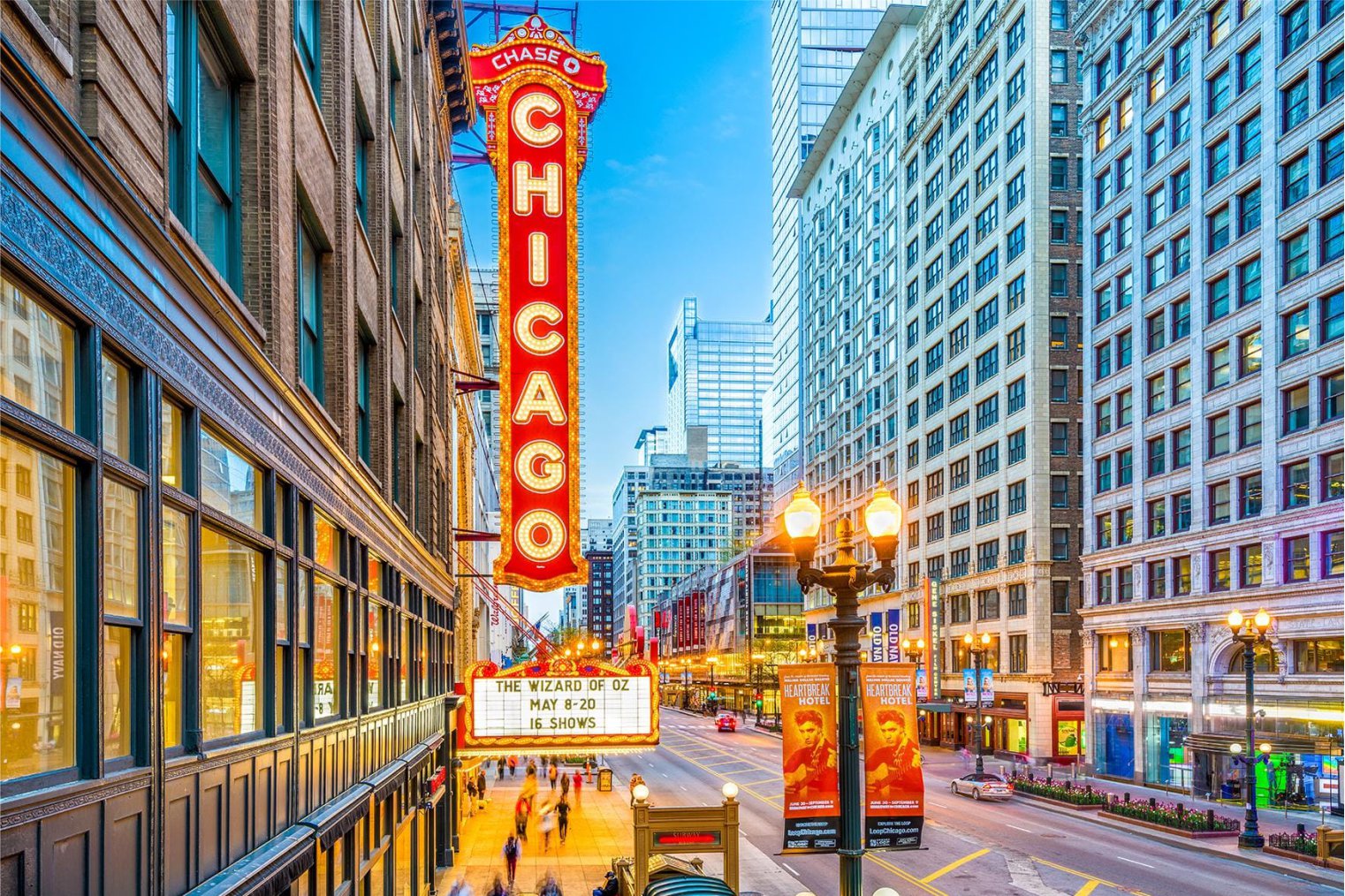 Chicago has been voted the best large city in the U.S. for four years in a row by Condé Nast Traveler. Landmarks in the city include Millennium Park (map), Navy Pier (map), the Magnificent Mile (map), the Art Institute of Chicago (map), Museum Campus (map), the Willis Tower (map), Grant Park (map), the Museum of Science and Industry (map).

An informal name for the entire Chicago metropolitan area is “Chicagoland”, which generally means the city and all its suburbs.

In 2016, Chicago was ranked the sixth-most walkable large city in the United States. Many of the city’s residential streets have a wide patch of grass and/or trees between the street and the sidewalk itself. Chicago’s Western Avenue (map) is the longest continuous urban street in the world.

The destruction caused by the *Great Chicago Fire led to the largest building boom in the history of the nation. In 1885, the first steel-framed high-rise building, the *Home Insurance Building, rose in the city as Chicago ushered in the skyscraper era, which would then be followed by many other cities around the world. >> *Chicago skyline guide

Downtown (map) is the center of Chicago’s financial, cultural, governmental and commercial institutions and the site of Grant Park and many of the city’s skyscrapers. The term “The Loop” is largely used by locals to refer to the entire downtown area as well.

Museum Campus (map), a 10-acre (4 ha) lakefront park, surrounding three of the city’s main museums, each of which is of national importance: the Adler Planetarium & Astronomy Museum (map), the Field Museum of Natural History, and the Shedd Aquarium.

Chicago is among the most diverse cities in America, and many neighborhoods reflect the character and culture of the immigrants who established them. Some, however, do more than just reflect: they absorb you in a place that, for several blocks at a time, may as well be a chunk of another country, picked up and dropped near the shores of Lake Michigan. > Chinatown (map) is among the most active Chinatowns in the world.

Chicago is one of the great restaurant towns in America. If you’re looking for a specific kind of cuisine, check out the neighborhoods. *Greektown (map), the Devon Ave Desi corridor (map), Chinatown, and Chatham’s soul food and barbecue are just the tip of the iceberg.

Two major daily newspapers are published in Chicago: the Chicago Tribune and the Chicago Sun-Times.

Chicago Transit Authority (CTA) handles public transportation in the City of Chicago and a few adjacent suburbs outside of the Chicago city limits. The CTA operates an extensive network of buses and a rapid transit elevated and subway system known as the ‘L’ (for “elevated”), with lines designated by colors.

CityMapper – Chicago | The ultimate transport app and technology for mobility in cities.