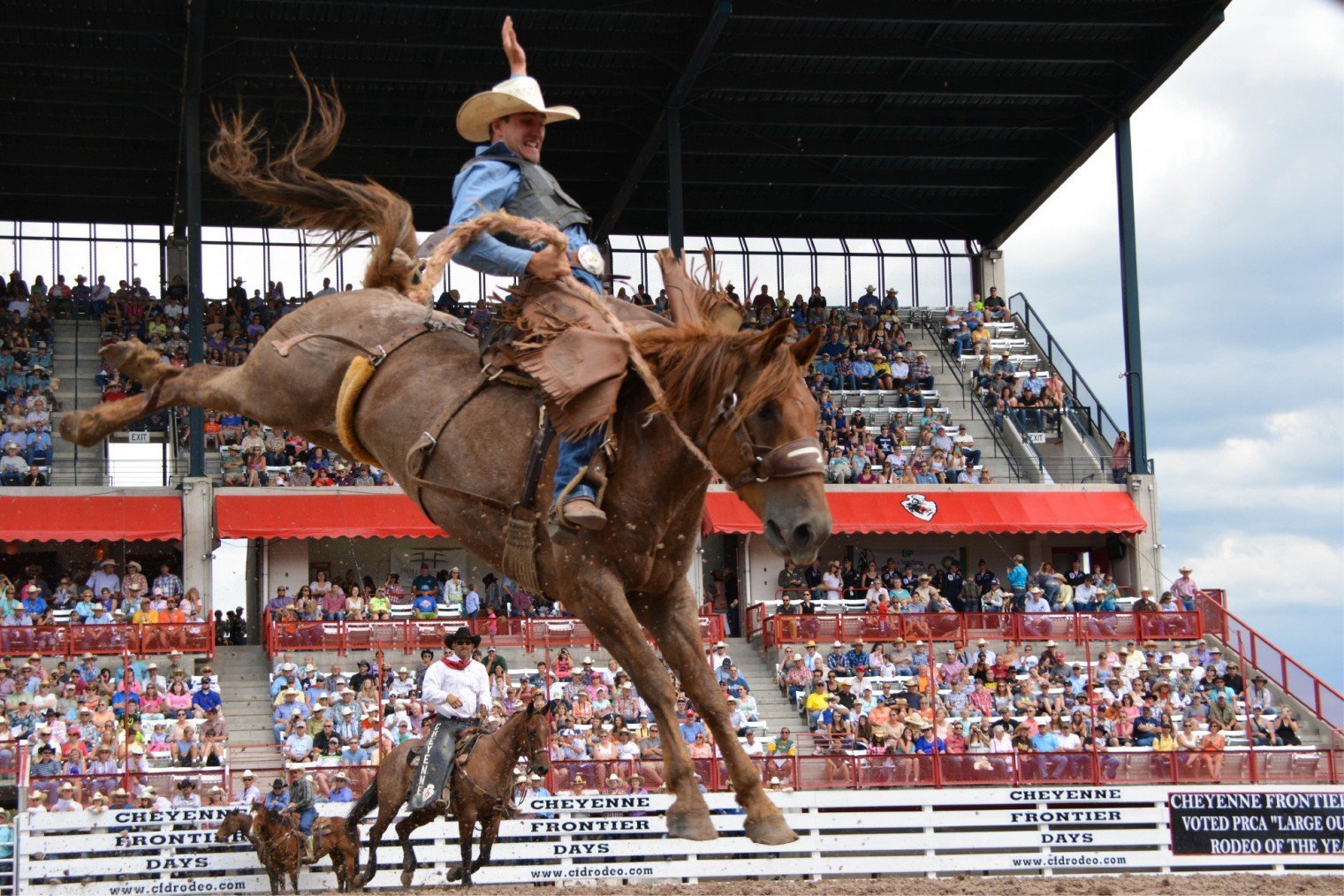 Cheyenne Frontier Days / “World’s Largest Outdoor Rodeo and Western Celebration” is an outdoor rodeo and western celebration, held annually since 1897 in Cheyenne, Wyoming. The celebration is held during the ten days centered about the last full week of July.

Cowboy style bars and country and western themed establishments scattered throughout the city of Cheyenne are popular with many rodeo fans and participants, and they file in in large numbers after the night shows.

Prior to the annual kickoff of Cheyenne Frontier Days on a Friday, the annual Cattle Drive is held on the preceding Sunday morning. This event, which attracts considerable attention, is inspired by the cattle drives of the Old West.

The rodeo and the majority of the events are centered on the property of Frontier Park, but some of the events such as the pancake breakfasts are held in a different part of the city.

Three free pancake breakfasts are served each year which are sponsored by the local Kiwanis chapter. The event takes place at the historic Cheyenne Depot Square (map).

Rodeo in the United States (wiki)