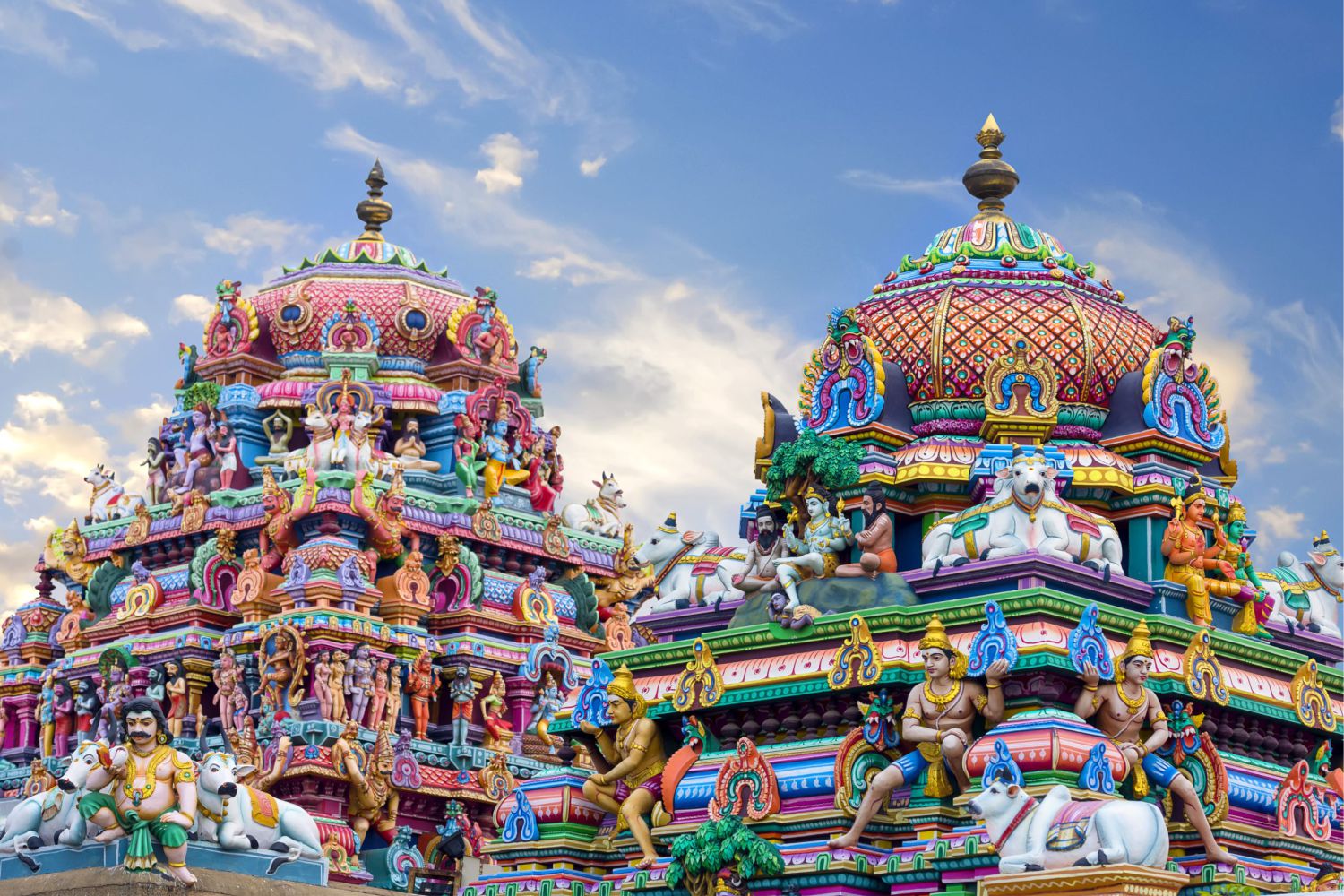 Chennai (formerly Madras, map), is the capital of the southern Indian state of *Tamil Nadu. It is the oldest city corporation of India, established in 1688—the second oldest in the world after London.

Though Chennai traces its history to *Fort St George (map) and adjoining village of Madrasapatnam founded by the British East India Company in 1640, some residential districts of the city are older.

With the history of many neighbourhoods of the city such as *Mylapore (map), *Triplicane (map), and *Tiruvanmiyur (map) antedating that of the city itself, the architecture of Chennai ranges in a wide chronology. The oldest buildings in the city dates from the 7th and 8th centuries CE, which include the *Kapaleeshwarar Temple (map) and the *Parthasarathy Temple (map), built in the Dravidian architecture.

For centuries, Chennai has been the gateway to Southern India, with a vastly different culture from the other big cities of the country. Tamil culture and tradition at its core celebrates beauty.

Chennai has an extremely hot and humid climate—especially in the month of May, and has heavy rains during monsoons (July to November). The worst of the heat can be avoided by visiting from November to February.

Royapuram Fishing Harbour (map). A fishing harbour might not sound too appealing, but watching the fishermen bring freshly caught fish makes for a sight to behold. Also, remember to click photos of the stunning dock and backwaters while here.

Cholamandalam Artists’ Village (map). Since its inception in 1966, this village has grown to become the largest community for artists in India. Famed for the Madras Movement of Art, this village lets you admire the works of notable artists, and visit the craft shop, sculpture garden and the art book store.

*Fort St. George (map). It was (formerly known as White Town) was established as the East India Company’s fortified foothold in Madras and it was from this small trading post (or ‘factory’ as it was then known) that British influence spread throughout India.

Covelong (40 km south from Chennai, map). It was known earlier is a small fishing village. Now it is a luxury beach resort.

Edward Elliot’s beach (map). This is spread along the coast down south from Marina. It is also the night beach for Chennai youth. At the end of this beach are the Velankanni church (map) and the Ashtalakshmi temple (map). Good roads, pavements, walking track illuminated sands, makes a visit to this beach a real pleasure.

Marina Beach (map).  This is 12 km long and offers excellent opportunities for walks and has a very wide sandy foreshore. Its width is up to 300 m (985 ft). The Marina of Madras is the second longest beach in the world. it is an elegant promenade with flower beds along its lanes. Along the shore, there are many buildings built during the British colonial rule. It is the most popular gathering place for locals, especially in the evenings and on weekends.

The East Coast Road, also known as the New Mahabalipuram Road, leads south from Chennai to Pondicherry (map) and beyond. One of India’s most famous temple towns is 60 km (about 40 miles) along it and definitely worth a visit.

*Mamallapuram or Mahabalipuram has many temples, mostly built during the Pallava Dynasty (275-897CE), including several on the UNESCO World Heritage List. The town is also famous for stone carving, and has schools that train most of India’s carvers. Carvings and other handicrafts are sold all over town.

The suburban trains are generally reliable and fast. The frequency of suburban trains is generally good and it is advisable to take a first class ticket during peak hours. Trains offer a reliable alternative to quickly reach your destination when compared to buses which might get trapped in traffic jams.

RAIL >   irctc.co.in >> Railways were introduced in India in 1853, more than one and half a century ago by the British, and today India boasts of the biggest network of railway lines in the world, and the rail system is very efficient, if rarely on schedule. It is one of the safest ways of travel in India.

Trains that connect Chennai to major hubs like Bangalore, Mumbai and Delhi are usually booked out days in advance. If you plan to travel by train, consider making an advance reservation, the reservation opens 60 days before the day of travel. >> *Rail travel in India