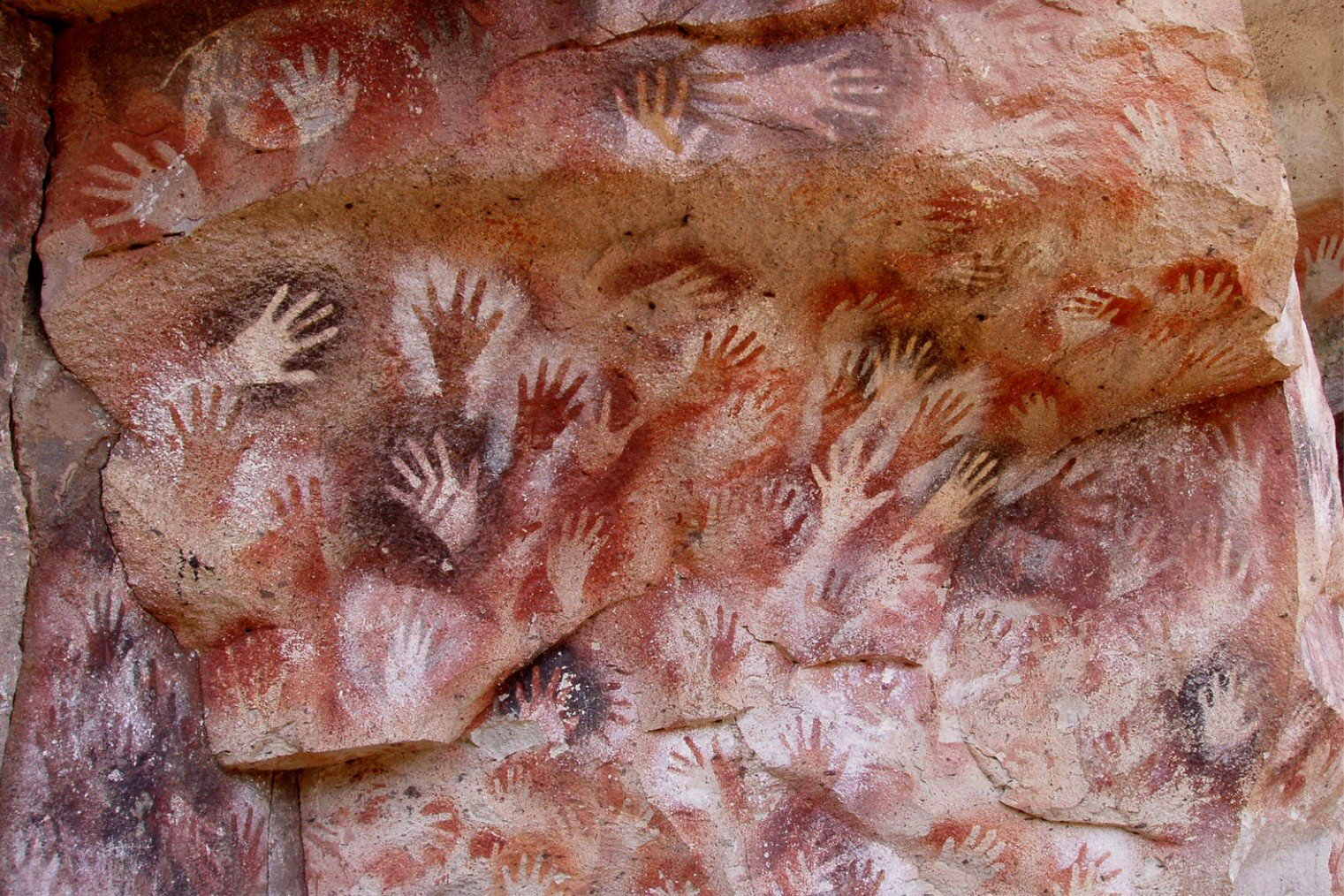 Cueva de las Manos (Cave of the Hands or Cave of Hands, map) is a cave and complex of rock art sites in the province of Santa Cruz, Argentina, 163 km (101 mi) south of the town of Perito Moreno. It is named for the hundreds of hand paintings stenciled into multiple collages on the rock walls.

The art in the cave dates to between 11,000 to 7,000 BC, during the Archaic period of Pre-Columbian South America. The site was last inhabited around 700 AD, possibly by ancestors of the Tehuelche people.

It lies around 165 kilometers (103 mi) south of Perito Moreno (map), a town in northwest Santa Cruz Province. The site is part of Perito Moreno National Park, as well as the Cueva de las Manos Provincial Park.

There are three main access points to the cave: Estancia Cueva de las Manos, from Bajo Caracoles (map), and a midway access road between the two points. The cave is most easily reached by a gravel road, which leaves Ruta 40 (Route 40) north of Bajo Caracoles and runs 43 km (27 mi) northeast to the south side of the Pinturas Canyon. The north side of the canyon can be reached by rough, but shorter, roads from Ruta 40. A 3 km (1.9 mi) path connects the two sides of the canyon, but there is no road link.

There are also depictions of human beings, guanacos (Lama guanicoe), rheas, felines and other animals, as well as geometric shapes, zigzag patterns, representations of the sun, and hunting scenes. The hunting scenes are naturalistic portrayals of a variety of hunting techniques, including the use of bolas. Similar paintings, though in smaller numbers, can be found in nearby caves. There are also red dots on the ceilings, probably made by submerging their hunting bolas in ink, and then throwing them up.