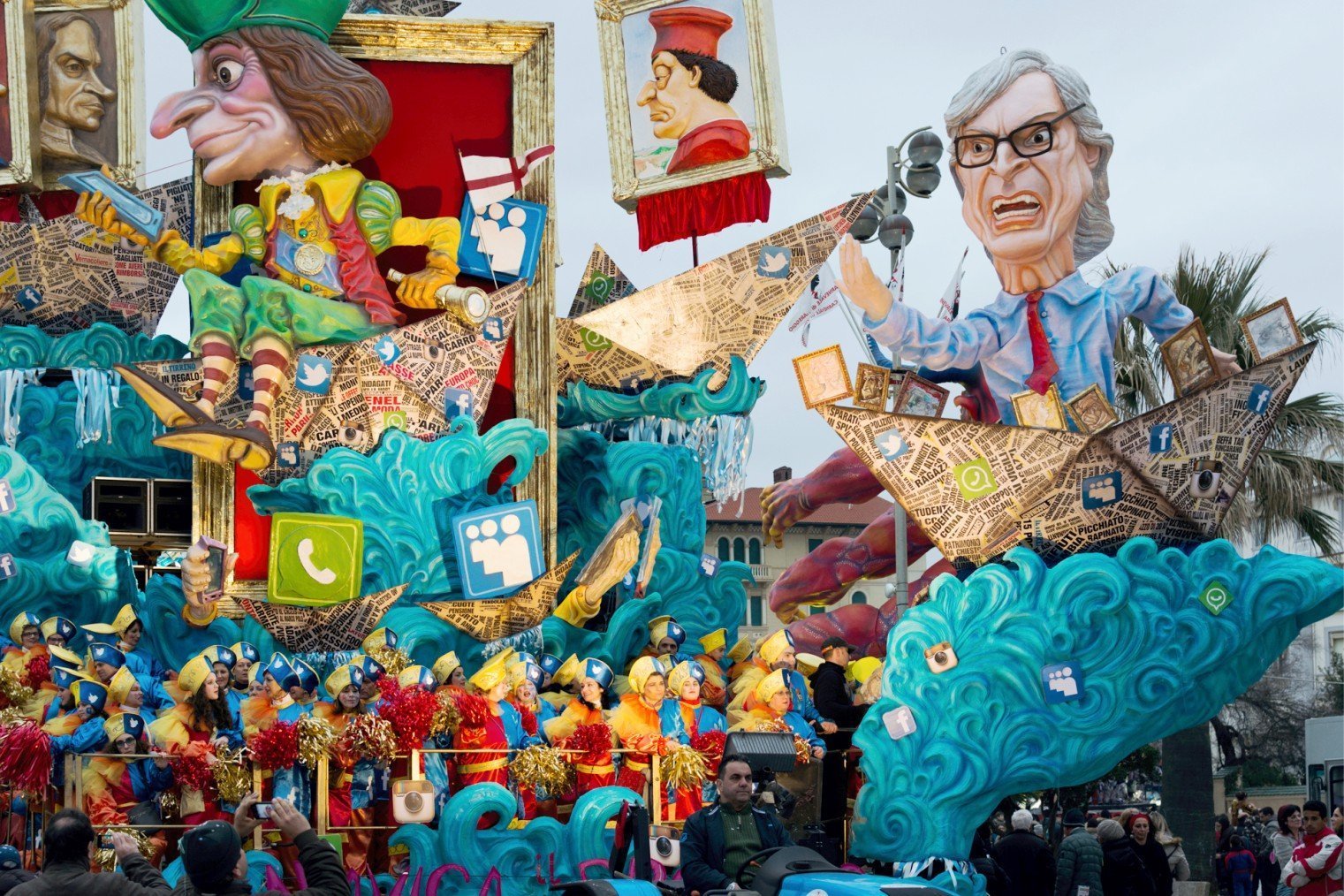 The Carnival of Viareggio (Carnevale di Viareggio) is a carnival event annually held in the Tuscan city of *Viareggio. It is considered amongst the most renowned carnival celebrations in both Italy and Europe.

Its main characteristic is given by the parade of floats and masks, usually made of paper-pulp, depicting caricatures of popular people, such as politicians, showmen and sportsmen; the parade is held on the Viareggio avenue located alongside the local beach.

Carnival celebrations are scheduled every weekend night in the city’s different quarters or Rioni with the best known bars, restaurants, discos and hotels in Versilia hosting all-night colourful masked parties.

Additionally, during the four-week celebration, plays in vernacular language are staged around the city. What makes the Carnevale di Viareggio one of a kind are its papier-mâché gargantuan allegorical floats with the largest ones towering 70 feet or 20 meters over the crowds and weighing about 40 tons.

The first Viareggio carnival parade was held in 1873, when some wealthy middle-class men decided to organize a parade of floats adorned with flowers.

The official mascot of the Viareggio carnival is *Burlamacco, first depicted in 1931 by Uberto Bonetti.

The impressive complex of the Cittadella del Carnevale di Viareggio (map) was inaugurated in 2001 and is the largest and most important Italian thematic center dedicated to carnival floats and masks. It houses sixteen large hangars and workshops where the giant floats are built, a laboratory where the art of papier-mâché is taught, three museum areas and a historical photo and film archive and documentation center.