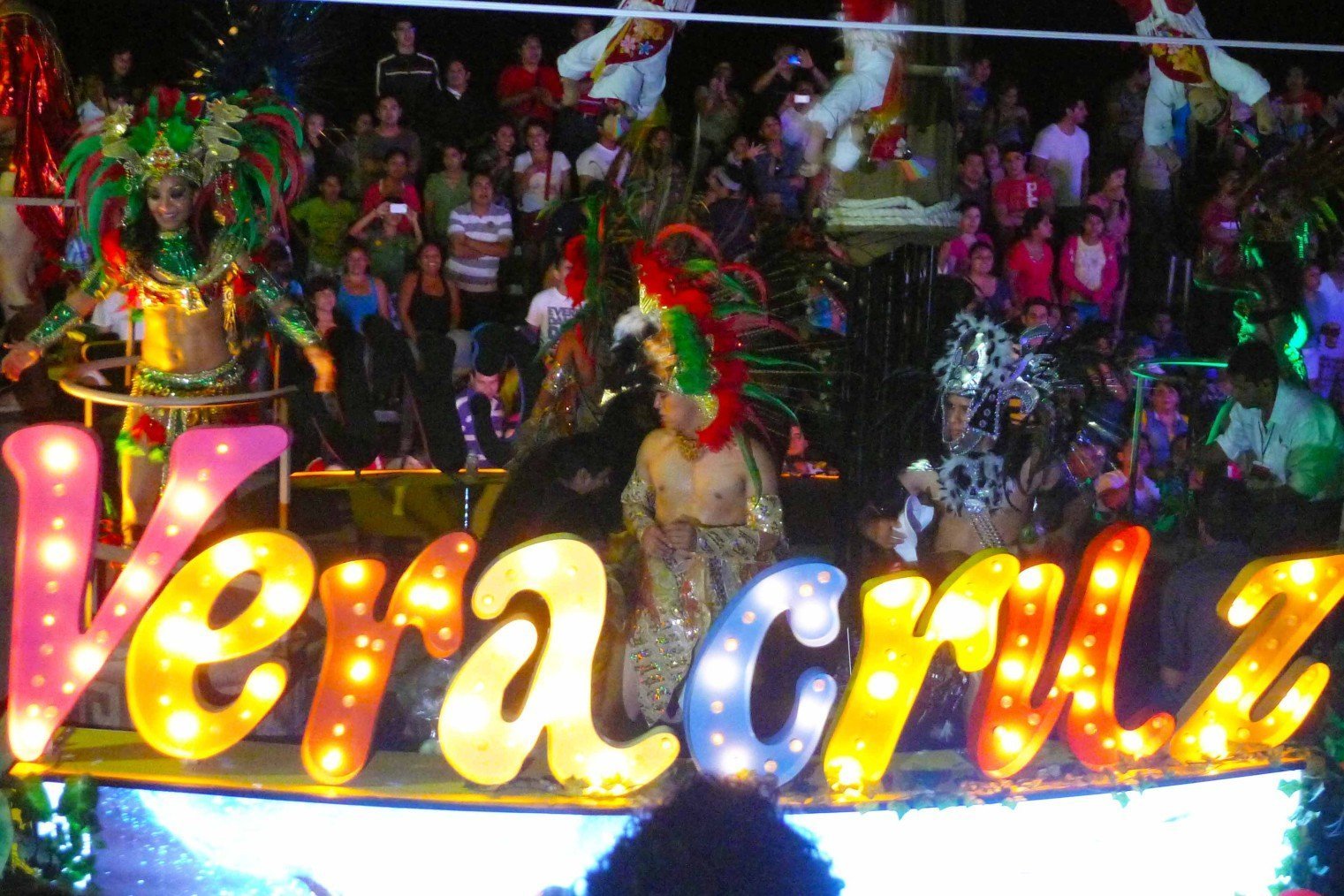 Carnival in Mexico ((in Spanish) Carnaval) is celebrated by about 225 communities in various ways, with the largest and best known modern celebrations occurring in *Mazatlán (map) and the city of *Veracruz (map).

Larger celebrations are also found in the Baja California and Yucatán Peninsulas, similar to other Carnivals with floats, queens and costumes but are not as large as those in Rio de Janeiro and New Orleans.Established in Europe, in the Middle Ages, Carnival came to Mexico with the Spanish and during the colonial period was celebrated in one form or another.

Smaller and more rural communities have Carnival traditions which have conserved more of Mexico’s indigenous and religious heritage and vary depending on the local indigenous cultures that Carnival was assimilated into. The largest of this kind is held in *Huejotzingo, Puebla, with mock battles based on the Battle of Puebla and reenactments of stories. Other important Carnival variations can be found in *Tlaxcala, *Oaxaca, *Chiapas, *Jalisco, *Morelos and some parts of Mexico City.

Mazatlán has the oldest major modern Carnival tradition in Mexico with a history of over a hundred years starting in 1898. The Carnival has various main events which are designed to appeal to different groups of people, two parades, a street party with live music, two food festivals, selection of the royal court and concerts. All are organized by the city around a different theme each year.

Carnival days are official holidays in the city, with parties lasting nearly all night. The main festivities are now held at the Paseo de Olas Altas (map) and at the Claussen (map) next to the ocean. While it officially begins on Thursday, the main activities begin on Friday and culminate on Tuesday night.

Veracruz. The modern version of Carnival in the city of Veracruz is not as old as Mazatlan’s but it is larger, lasting nine days with six major parades with floats along with large public concerts, parties and special events and promotion in just about all the city’s restaurants, bars and nightclubs.

Veracruz has a rich history. It has been the main gate of the country for sea travelers and products since its foundation. In this region, the Spanish first entered Mexico in the 16th century and remained for three centuries, forever changing the region.

In Veracruz, as in most Mexican cities, you won’t notice much difference in taste between tacos from a fancy restaurant on the plaza and tacos from a street cart, it all more or less tastes fantastic.

The picturesque lakeside town of *Catemaco (map) lies nearby. The bus takes around 4 hours and you’ll find some nice beaches, water activities and more.