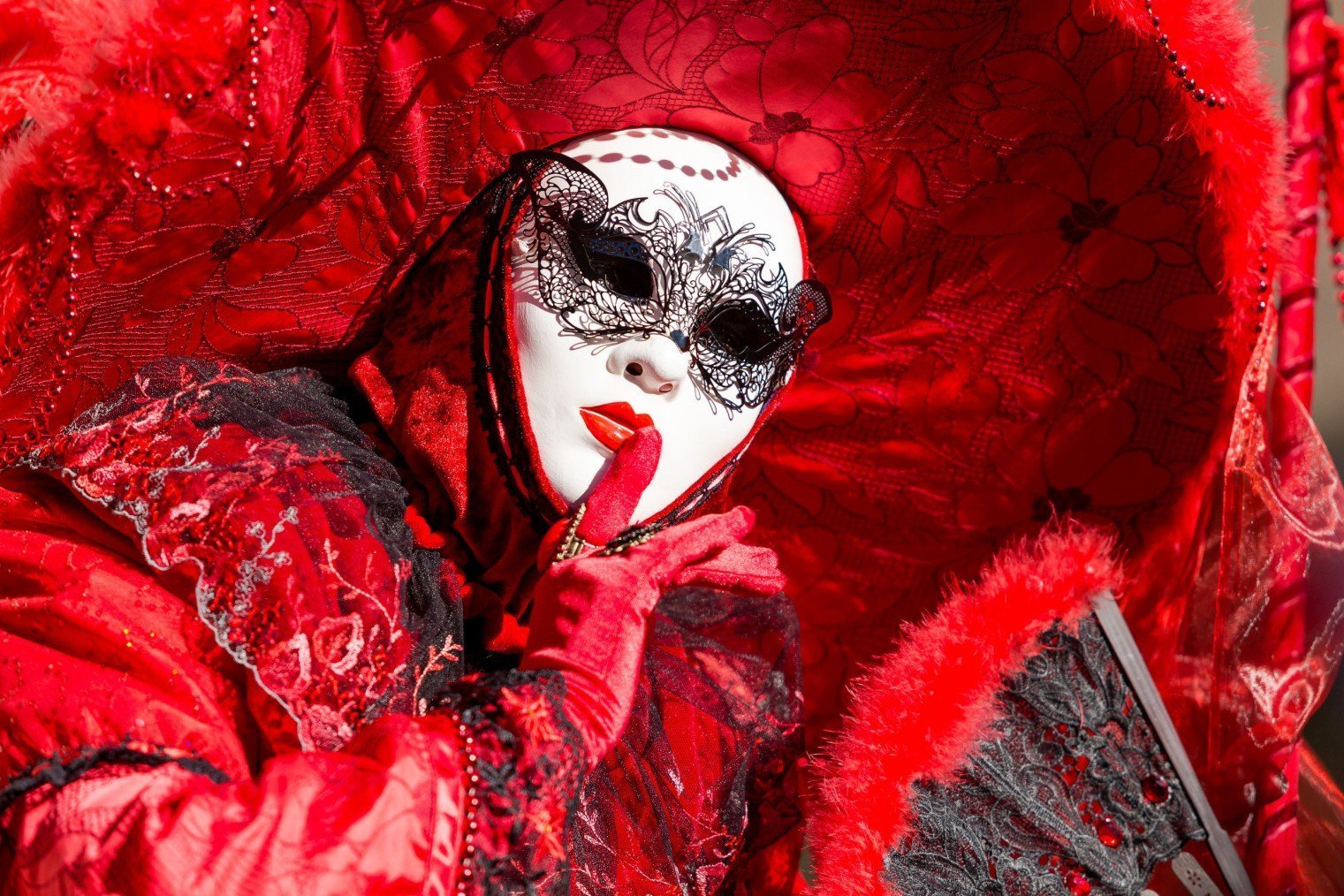 The Carnival of Venice (Carnevale di Venezia) is an annual festival held in Venice. The carnival ends on Shrove Tuesday (Martedì Grasso or *Mardi Gras), which is the day before the start of Lent on Ash Wednesday. The festival is world-famous for its elaborate masks.

According to legend, the Carnival of Venice started following the military victory of the Venetian Republic over the Patriarch of Aquileia, Ulrico di Treven in the year 1162. In the seventeenth century, the baroque carnival was a way to save the prestigious image of Venice in the world. It was very famous during the eighteenth century.

However, under the rule of the Holy Roman Emperor and later Emperor of Austria, Francis II, the festival was outlawed entirely in 1797 and the use of masks became strictly forbidden.

It reappeared gradually in the nineteenth century, but only for short periods and above all for private feasts, where it became an occasion for artistic creations.

After a long absence, the Carnival returned in 1979. The Italian government decided to bring back the history and culture of Venice and sought to use the traditional Carnival as the centrepiece of its efforts.

Masks have always been an important feature of the Venetian carnival. Traditionally people were allowed to wear them between the festival of Santo Stefano (St. Stephen’s Day, December 26) and the end of the carnival season at midnight of Shrove Tuesday (movable, but during February or early March). As masks were also allowed on Ascension and from October 5 to Christmas, people could spend a large portion of the year in disguise.

The Medico della peste (wiki), with its long beak, is one of the most bizarre and recognizable of the Venetian masks, though it did not start out as carnival mask at all but as a method of preventing the spread of disease. The striking design originates from 17th-century French physician Charles de Lorme who adopted the mask together with other sanitary precautions while treating plague victims.

Venice is well-connected with the domestic train network, Rome and Milan are only a few hours away.