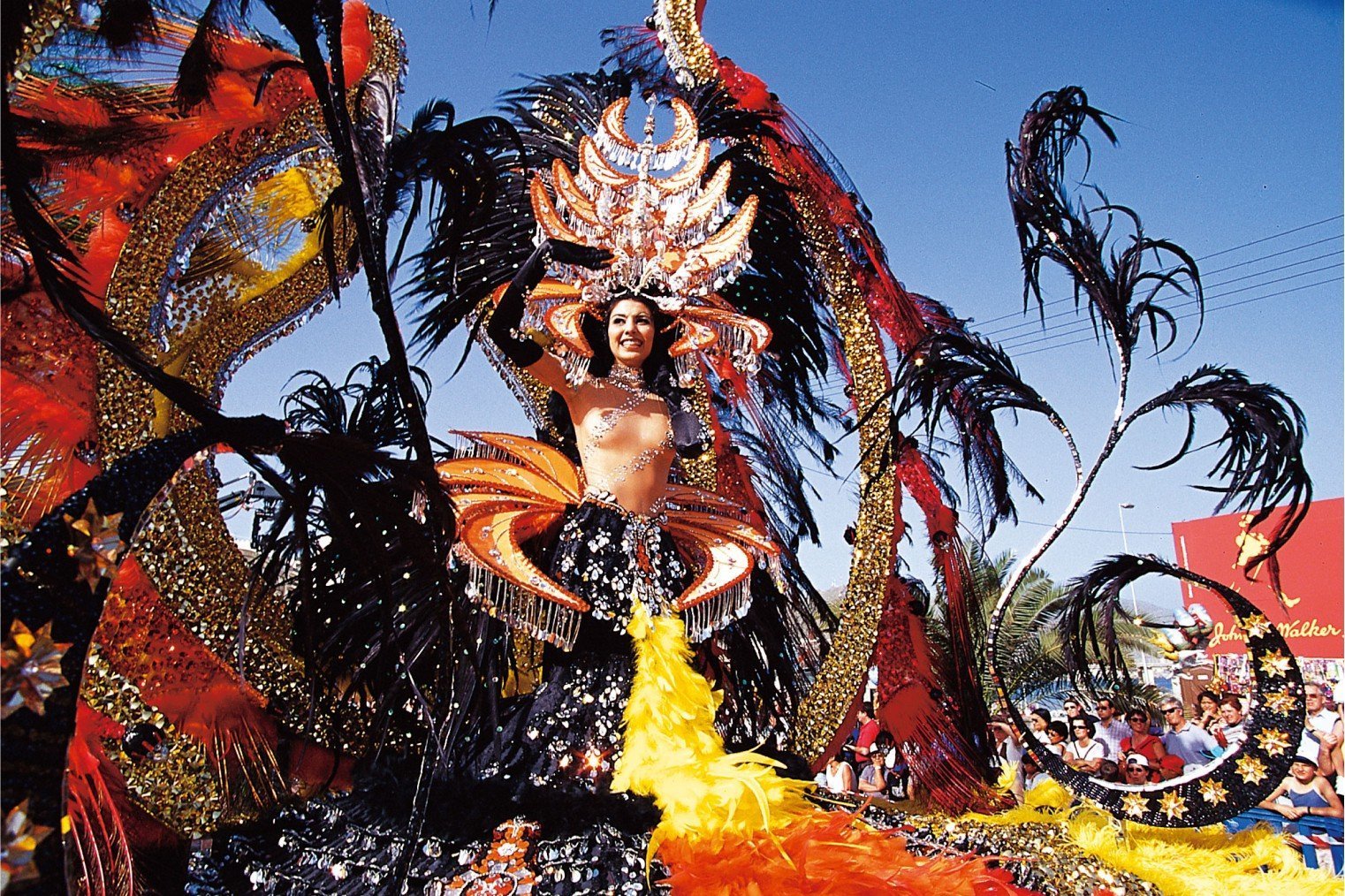 Carnival is held each February in Santa Cruz de Tenerife, the capital of the largest island of the Canary Islands, and attracts people from all over the world. It is considered the second most popular and internationally known carnival, after the one held in Rio de Janeiro.

The festival has two parts: the official Carnival, and the Carnival on the street. The official carnival has more than a hundred groups, including murgas, comparsas, rondallas and other musical groups. The street carnival is more loosely organized, and comprises the people celebrating on the streets.

The Carnival of Santa Cruz de Tenerife has been celebrated since the time of the earliest European settlement, and possibly earlier.

The festivities on the streets of Santa Cruz de Tenerife start on the Friday before Carnival with an opening parade, which reaches its height during the night when thousands of people in fancy dresses dance until the early hours of the next day. The party continues night after night until Ash Wednesday.

That day, people of Santa Cruz de Tenerife celebrate the “entierro de la sardina” (burial of the sardine), and with this event the carnival is officially over. However, the party starts up again the following weekend, known as the weekend of the piñata.

One of the capitals of the Canary Islands, Santa Cruz de Tenerife is a modern city with a rich colonial history. It has a variety of historic and modern architecture, parks, and museums for travellers to discover.

Wednesday: Carnival Queen selection. The Wednesday before Carnival weekend, the Queen of the Carnival is elected during the so-called Gala Reina. During the gala, the candidates parade across the main stage in their rich and beautiful costumes that might weigh up to 100 kilograms.

Friday: Announcement Parade. On Friday the Announcement Parade is held, in which all participating groups march along the main thoroughfares of the city announcing the arrival of the carnival. The parade begins at the Parque La Granja (map), concluding at the Plaza de España (map).

Carnival Saturday. The Saturday of Carnival is a day dedicated entirely to dance. One of the main streets of the carnival is Bethencourt Afonso, popularly known as Calle San José (map).

Carnival Monday (Lunes de Carnaval). This is a day of feasting, with performances at the main venues in the capital. Since 2009, the Plaza de la Candelaria is home to the Santa Cruz Dance Carnival, an electronic-music event.

Piñata weekend. The weekend puts an end to “Don Carnal” until the next year and whose role, especially on Saturday, has grown in recent decades to the point of having internationally renowned entertainment comparable to the Monday of Carnival.

There are a number of museums. A good history museum is five minutes’ walk from the bus station, where Bus 14 stops. An art gallery in town and a small planetarium/science centre on the way to La Laguna (Bus 14 passes it). A Bono bus card not only entitles you to cheap travel on TITSA buses, but also cut-rate museum entrance. Large Sunday market near the bus station.

+ Getting around Spain (spain.info)