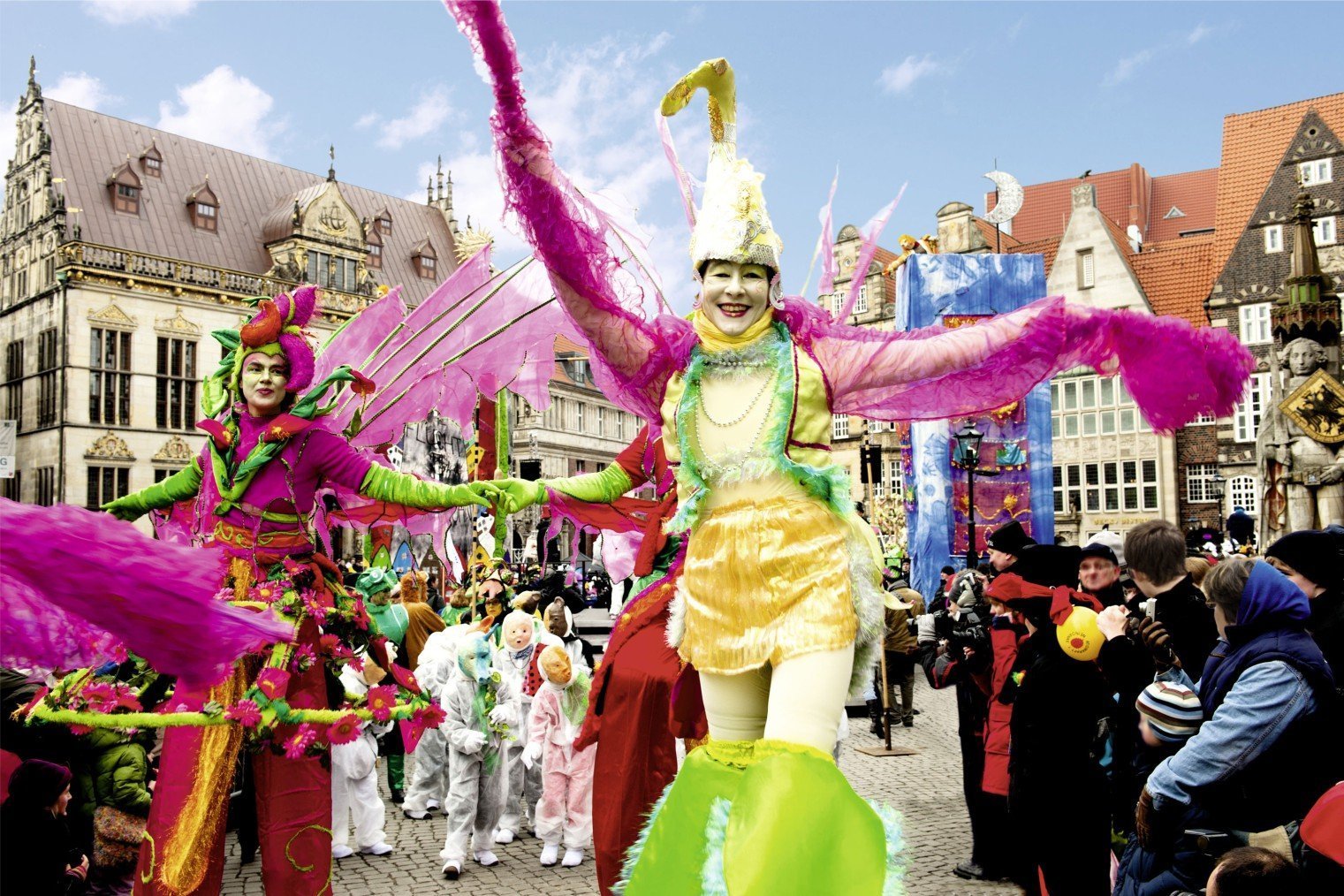 The Bremer Karneval or the Carnival of samba is Germany’s biggest samba and mask carnival. This carnival is a colourful, intoxicating and dazzling street party with percussionists joining from all over Europe.

Many of the sights in Bremen are found in the Altstadt (Old Town, map), an oval area surrounded by the Weser River, on the southwest, and the Wallgraben, the former moats of the medieval city walls, on the northeast. The oldest part of the Altstadt is the southeast half, starting with the Marktplatz and ending at the Schnoor quarter.

The idea of organizing the celebration of the famous Brazilian dance belongs to students of Bremen Dance School. This holiday has impressed the local people so much, that success has been totally predicable. Within just several years a modest Brazilian party has turned into a large-scale carnival, which is attended by thousands of people.

Nowadays a grand procession of dancers is accompanied by orchestra and theater groups that organize fascinating and engaging performances right on the streets of the city.

CityMapper – Bremen & Hanover | The ultimate transport app and technology for mobility in cities.