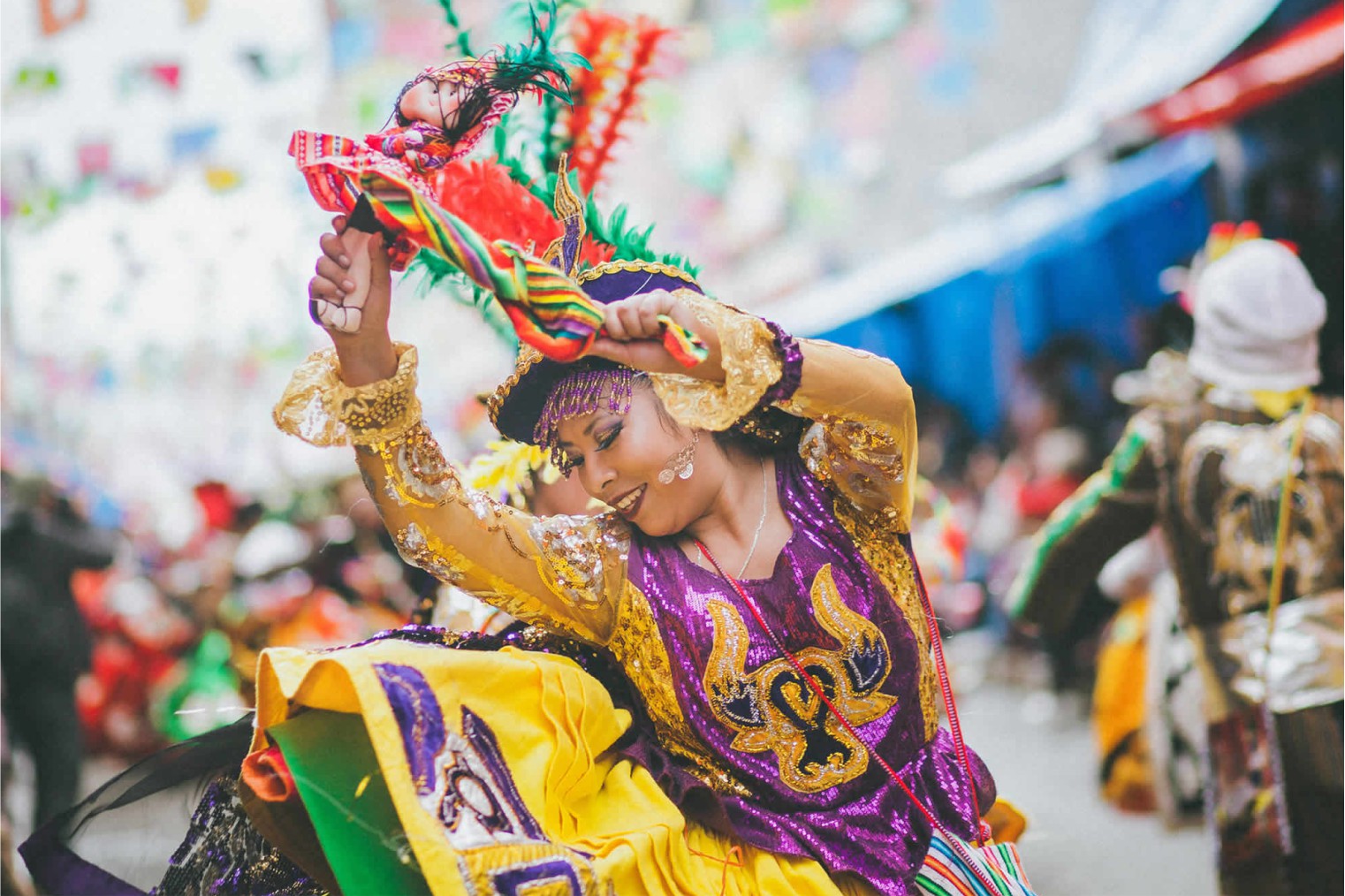 Oruro (map) is famous for its carnival, only 3 hr by bus from *La Paz, this is a nice getaway from the prices and stress of the capital.

The Carnival of Oruro is a religious and cultural festival in Oruro. It has been celebrated since the 18th century. Originally an indigenous festival, the celebration later was transformed to incorporate a Christian ritual around the Virgin of Candelaria (Virgin of Socavón). The carnival is one of UNESCO’s Masterpieces of the Oral and Intangible Heritage of Humanity.

Throughout the festival, more than 48 groups of folk dancers specializing in 18 different folk dances perform a pilgrimage to the Shrine of the Tunnel every Saturday of the carnival in a traditional parade.

In all, there are over 28,000 dancers, about 10,000 musicians in 150 bands, 400,000 visitors stretching over four miles. Oruro’s historical importance, as well as its cultural and religious influence, make its carnival a natural setting for demonstrating the multiculturalism of Bolivia and especially its variety of folk dances.

One of the best sight views is the Faro del Conchupata (map).

*Sajama National Park (map) – A beautiful Andean landscapes, hidden gem with the highest peak in Bolivia, Nevada Sajama, which can be climbed with a tour, and many more trekking and nature watching opportunities. Buses leave from the Tambo Quemado servis bus station in the far southwest of the city at the ring road right next to the roundabout leading south out of the city.

BUS >   Bus transportation in Bolivia is a nice cheap way to get to see the beautiful scenery while traveling to your destination. Unfortunately the buses often travel solely at night. Buses generally do not need to be booked ahead, especially for common distances served by many companies.