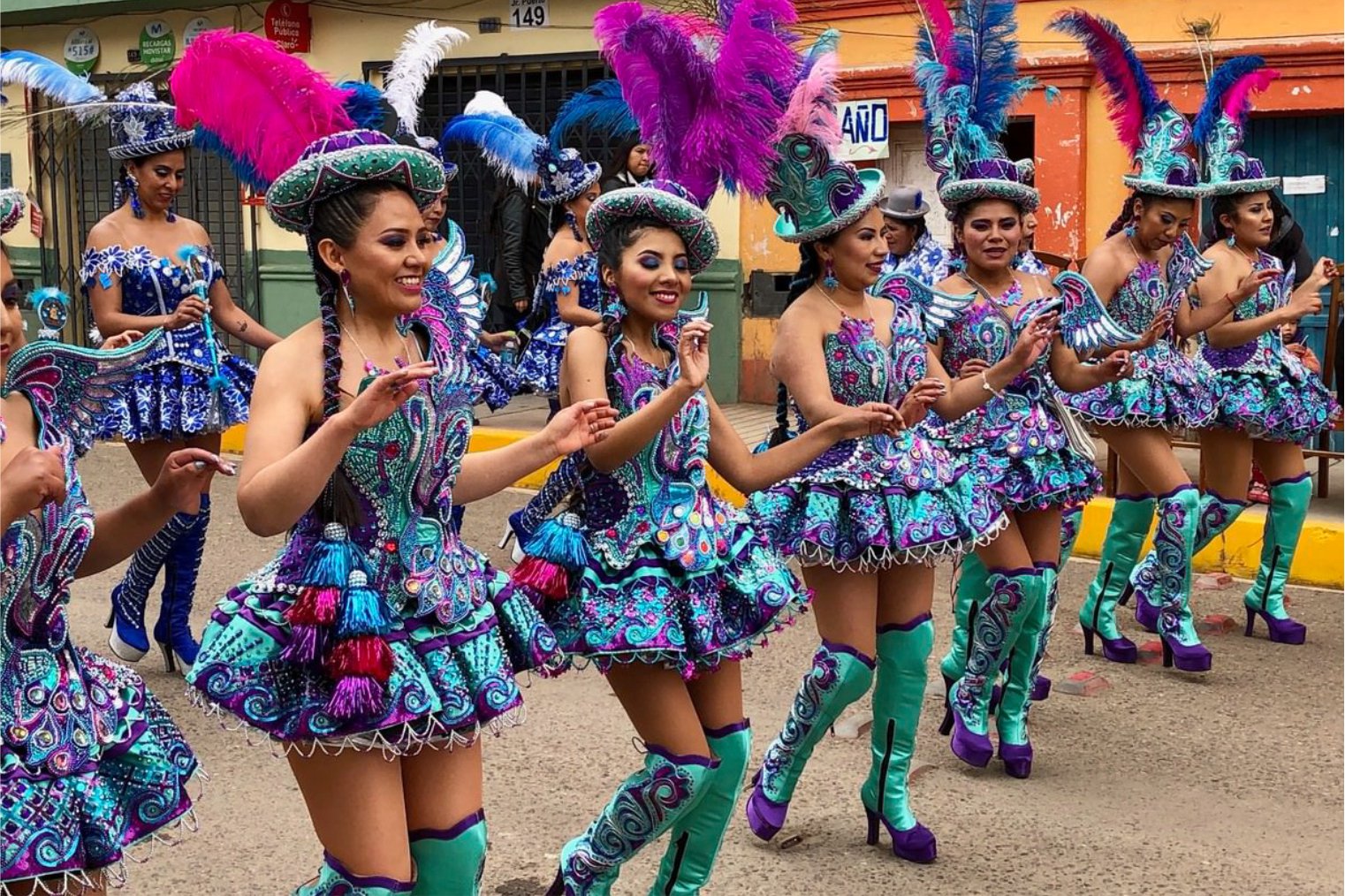 The Virgin of Candelaria is the patron saint of the city of *Puno (map) in Peru, held in the first fortnight of February each year. It is one of the largest festivals of culture, music and dancing in Peru.

In terms of the number of events related to the cultures of the Quechua and Aymara peoples and of the mestizos of the Altiplano, and also in terms of the number of people directly and indirectly involved in its realization, it stands with the Carnival in Rio de Janeiro and the Carnaval de Oruro in Bolivia as one of the three largest festivals in South America.

At the core of the festival are performances of music and dance, consisting of more than 200 dances in more than 150 dance sets. These include “native dances” from the various communities in Puno and sets of dances organized in different quarters of the city, mostly those known as “costume dances”.

These performances directly involve 40,000 dancers and some 5,000 musicians, and indirectly involve about 25,000 people including directors, sponsors, embroiderers and the makers of masks, clothing, boots, shoes, bells and other items.

Puno is a port city at an altitude of over 3,800 meters, on the shores of Lake Titicaca on the *Altiplano of Peru.

The city of Puno is a melting pot of the Aymara and Quechua cultures. Most of its inhabitants are of Andean origin and it has a unique mixture of modernity and Andean traditions. Women in traditional clothing live and work next to their modern versions.

Trains to and from Cusco travel three times per week. The “Andean Explorer”, run jointly by Peru Rail and Orient Express, is spectacular — one of the world’s great train journeys.

Many of the hostels are set on a hill above the Plaza del Armas which feels even steeper because of the altitude. Most Puno sights are outside of the city.