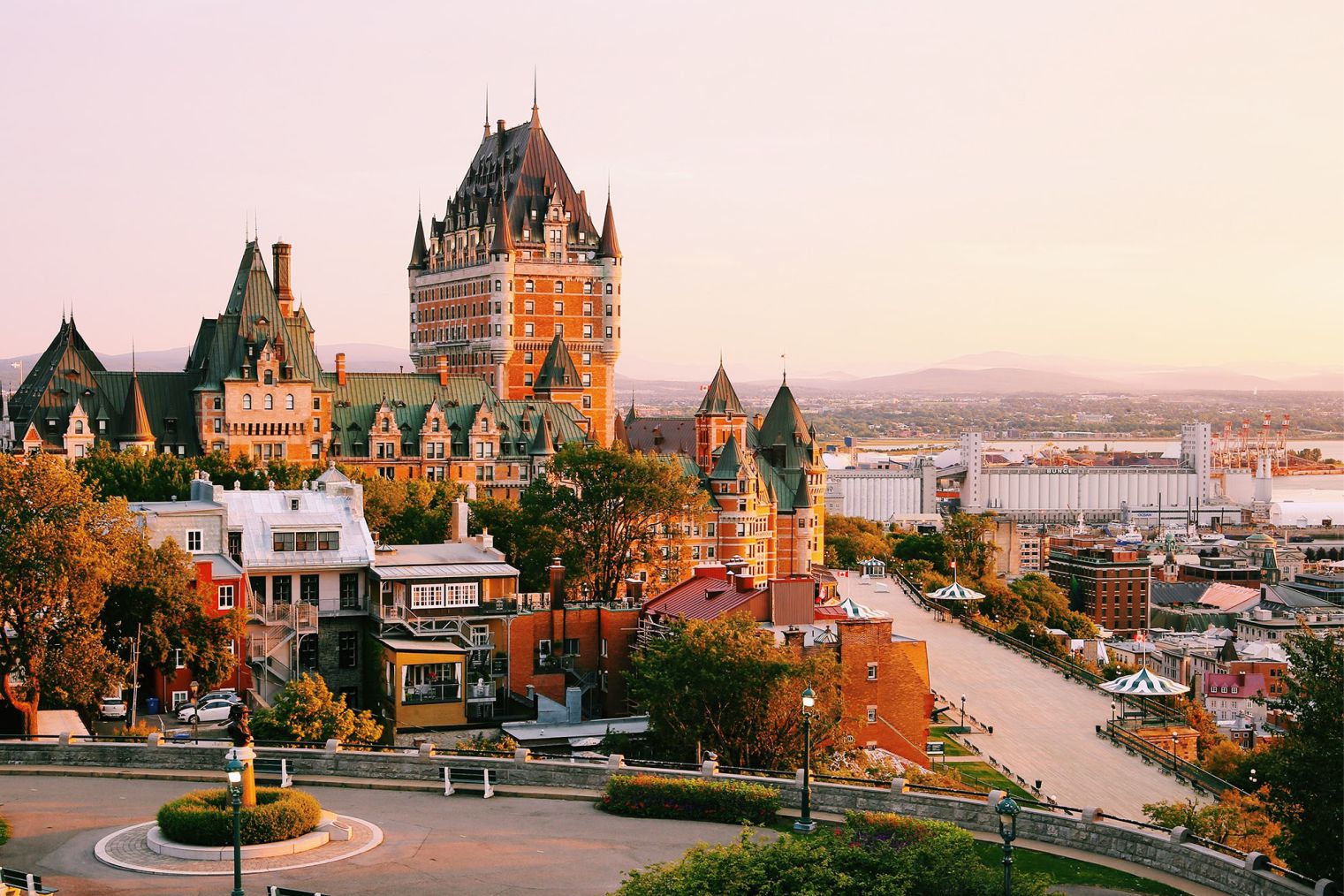 Toronto, Canada’s largest city, is eclectic, multicultural, and vibrant with 140 unique neighbourhoods. Ottawa is Canada’s charming, bilingual capital and features an array of art galleries and museums that showcase Canada’s past and present.

The Trans Canada Trail, or The Great Trail (+ wikivoyage), is the world’s longest network of recreational trails that are available for walking/hiking, cycling, cross-country skiing and snowmobiling.

“Mile zero” of the trail is located at the Railway Coastal Museum (map) in St. John’s, Newfoundland. PDF maps are available from the Great Trail website.

Visiting Canada all in one trip is a massive undertaking. To drive from one end of the country could take 7–10 days or more (and that assumes you’re not stopping to sightsee on the way). A flight from Toronto to Vancouver takes over 4 hours.

British Columbia is Canada’s westernmost province and touches the Pacific Ocean. most mountainous province and has some of the most spectacular mountain scenery in the world. The province has about 33 large ski resorts spread out from Vancouver Island to the Alberta border.

Vancouver, the largest Canadian metropolitan area west of Toronto, is one of Canada’s most multi-cultural cities. *Chinatown in Vancouver (map), one of the largest in North America.

Alberta is a province in Canada’s western prairies next to the *Rocky Mountains. Its two major cities are Calgary, and Edmonton, the provincial capital. Calgary is famous for the Calgary Stampede, the world’s largest rodeo.

Another world-class attraction is the Royal Tyrrell Museum of Palaeontology in Drumheller (map), housing the largest collection of dinosaur fossils under one roof in the world.

Saskatchewan offers two major cities, Regina and Saskatoon. Statistically the warmest summers with the most sunlight hours in Canada occur in Saskatoon.

Manitoba – some of the finest beaches in North America. Winnipeg is the capital and largest city of the province. Half of its downtown consists of high-rise buildings from 1880–1920. It also has the famous Exchange District (map) which is known as North America’s best collection of architecture wonders.

Ontario is the most populous and second largest province in Canada. Southern Ontario is home to the Nation’s capital, Ottawa and Canada’s largest city, Toronto, which is the provincial capital and one of the most multicultural cities in the world. The forests and numerous lakes of Central Ontario and Northern Ontario also provide popular hiking and camping destinations. (*List of Ontario Tourist Routes)

Quebec, a majority francophone province, is a major tourist draw. Quebec City is a taste of old France in the new world and a UNESCO World Heritage site. Montreal, the second largest francophone city in the world, has several tourist attractions.

New Brunswick is renowned for its sandy beaches especially along the Northumberland Strait (map) which in summer has the warmest water north of Virginia. Saint John, the largest city in New Brunswick and the oldest Incorporated in Canada at the mouth of the Saint John River.

Newfoundland and Labrador attracts many tourists because of its icebergs and fjords. The province’s capital, St. John’s, is the oldest city in North America, founded in 1497 by John Cabot. It contains many historical locations.

Nova Scotia is known for its lovely scenery, most renowned is the Cape Breton Highlands (map). Halifax, the provincial capital. Downtown Halifax (map) is considered the prime tourism district in Halifax, with most historic attractions located here as well as the waterfront harbourwalk.

Yukon Territory – Tourist attractions include the gold rush town of Dawson City, Kluane National Park and Reserve and a number of attractions in Whitehorse and other communities. Opportunities for wilderness adventure tourism and ecotourism, but the territory is also served by a well-developed road network, with most places accessible by road.

BUS >   Greyhound Canada serves Montreal, Ottawa, and Toronto, with connecting service to regional lines and US Greyhound coaches. New York Trailways. There are also many local bus companies throughout Canada.

WATERWAYS >   Marine Atlantic provides ferry service between North Sydney, Nova Scotia, and Port-aux-Basques, Newfoundland. There are also ferries to the Îles-de-la-Madeleine from Souris, PEI, and Montreal.

BC Ferries has an extensive network of services along the coast of British Columbia and to Vancouver Island and to outlying islands.