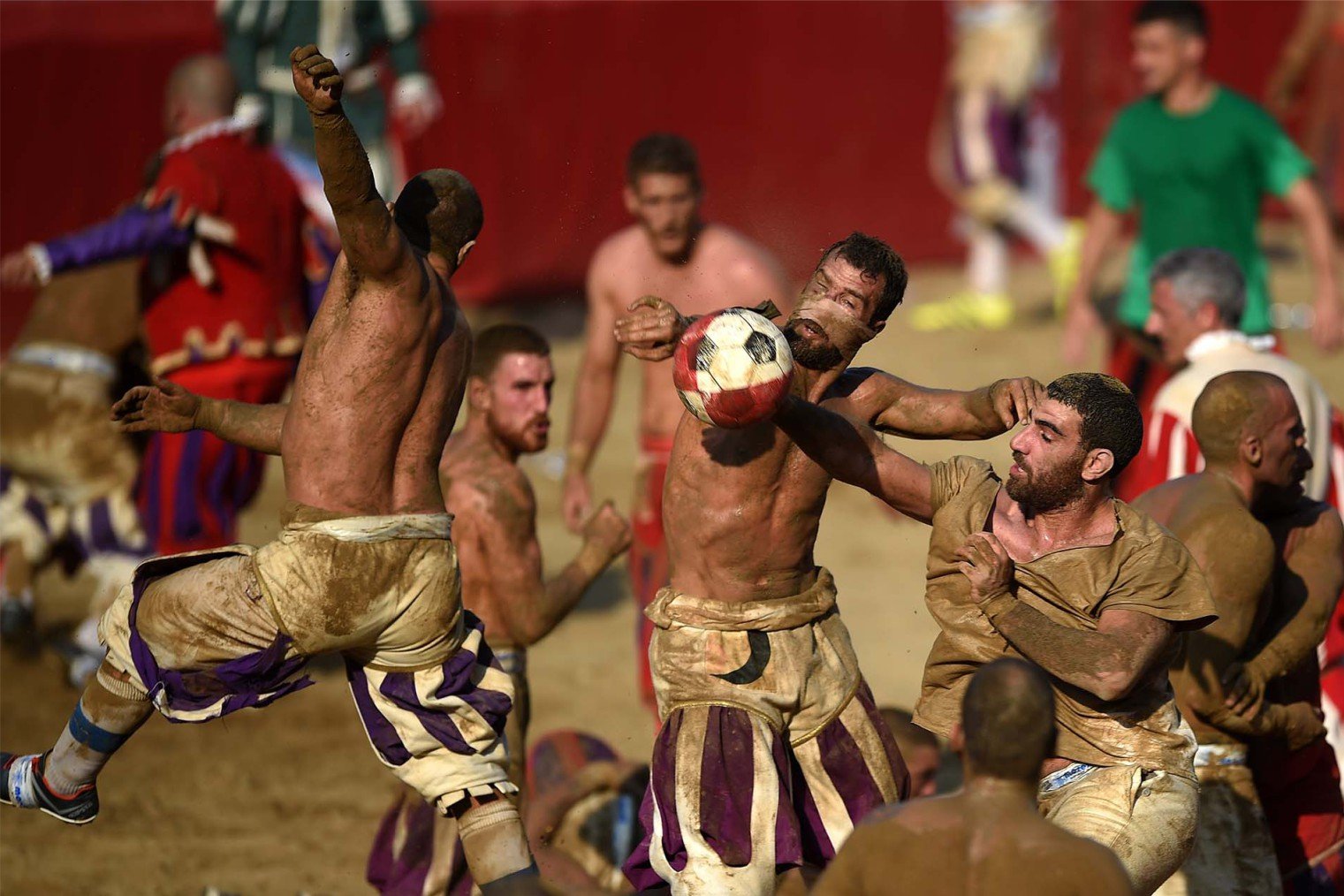 Calcio Fiorentino (calcio storico “historic football”) is an early form of football (soccer + rugby) that originated during the Middle Ages in Italy. Once widely played, the sport is thought to have started in the Piazza Santa Croce (map) in Florence. There it became known as the giuoco del calcio fiorentino (“Florentine kick game”) or simply calcio.

Calcio was reserved for rich aristocrats who played every night between Epiphany and Lent. Even popes, such as Clement VII, Leo XI and Urban VIII, played the sport in Vatican City.

For decades, this violent match has resulted in severe injuries, including death.

The modern version of calcio has not changed much from its historical roots, which allow tactics such as head-butting, punching, elbowing, and choking. However, due to often fatal injuries, sucker punches and kicks to the head are currently banned. It is also prohibited for more than one player to attack an opponent. Any violation leads to being expelled from the game.

Each team has 27 players and no substitutions are allowed for injured or expelled players.

Shots from a small cannon or colubrine announces the beginning of the event. The game starts when the pallaio throws and kicks the ball toward the center line, then at the first whistle as the ball first rests on field, 15 forwards or corridori, begin fighting in a wild mixed martial arts match- punching, kicking, tripping, hacking, tackling, and wrestling with each other in an effort designed to tire opponents’ defenses, but which often descends into an all-out brawl.

They try to pin and force into submission as many players possible. Once there are enough incapacitated players, the other teammates come and swoop up the ball and head to the goal.

ATAF and Li-nea – buses around Florence.