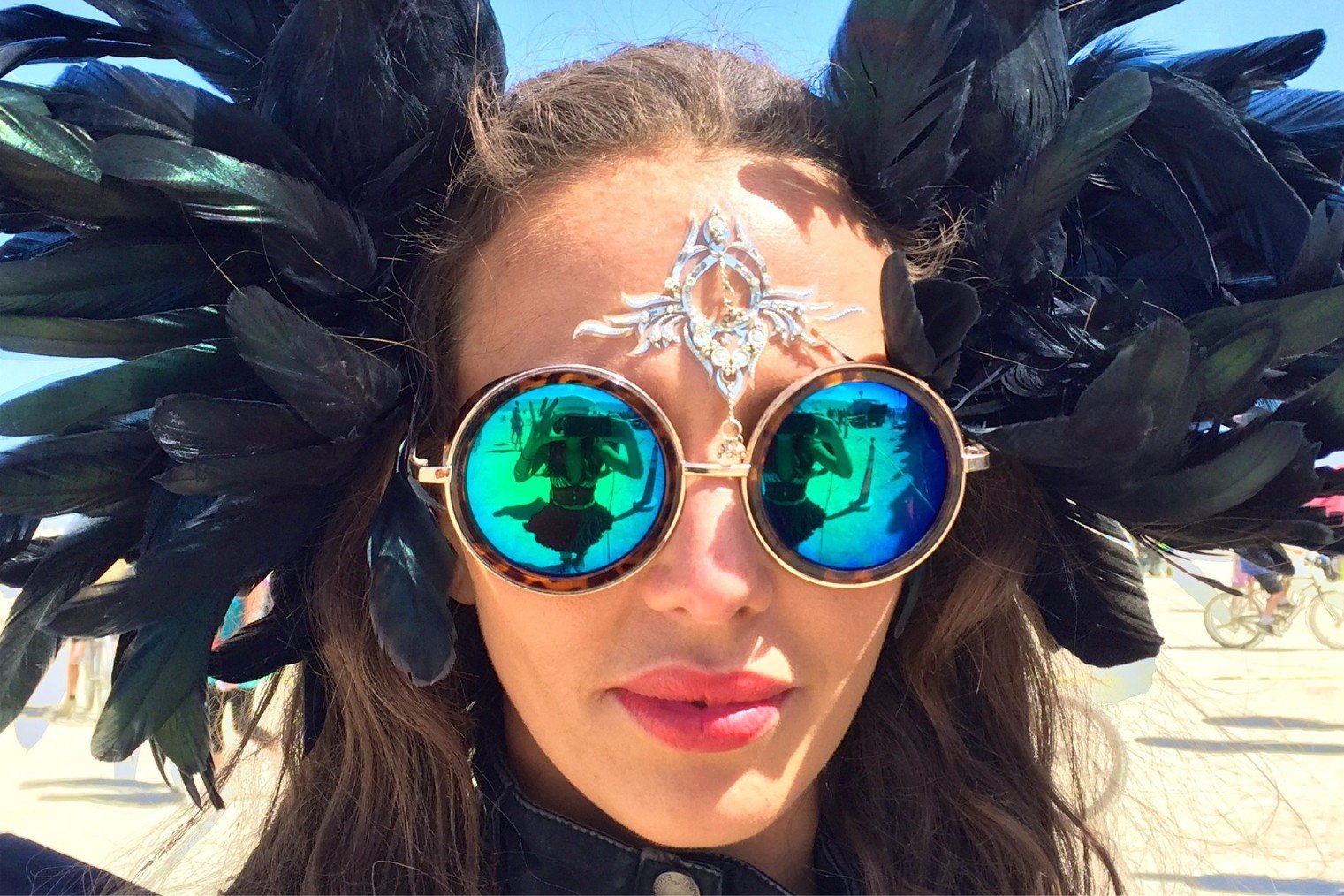 The Burning Man festival is an annual event started in San Francisco in 1986 and moved to the harsh and unforgiving Black Rock Desert (map) of Nevada in 1990, where it continues today.

The event derives its name from its culmination: the symbolic burning of a large wooden effigy, referred to as the Man, that occurs on the penultimate night of Burning Man.

Black Rock City, Nevada is an ephemeral town that exists for only one week each year, during Burning Man, a radical arts festival.

NPR said about Burning Man, “Once considered an underground gathering for bohemians and free spirits of all stripes, Burning Man has since evolved into a destination for social media influencers, celebrities and the Silicon Valley elite.” At Burning Man, the participants design and build all the art, activities, and events.

Artwork at Burning Man includes experimental and interactive sculptures, buildings, performances and art cars, among other media. These contributions are inspired by a theme that is chosen annually by the Burning Man Project. An anonymous attendee once elaborated that “Burning Man is about ‘why not’ overwhelming ‘why'”

Radical inclusion. “Anyone may be a part of Burning Man. We welcome and respect the stranger. No prerequisites exist for participation in our community.”

Radical self-reliance. “Burning Man encourages the individual to discover, exercise and rely on his or her inner resources.”

Participation. “Our community is committed to a radically participatory ethic. We believe that transformative change, whether in the individual or in society, can occur only through the medium of deeply personal participation. We achieve being through doing. Everyone is invited to work. Everyone is invited to play. We make the world real through actions that open the heart.”

Immediacy. “Immediate experience is, in many ways, the most important touchstone of value in our culture. We seek to overcome barriers that stand between us and a recognition of our inner selves, the reality of those around us, participation in society, and contact with a natural world exceeding human powers. No idea can substitute for this experience.”

Getting There and Back (burningman.org)