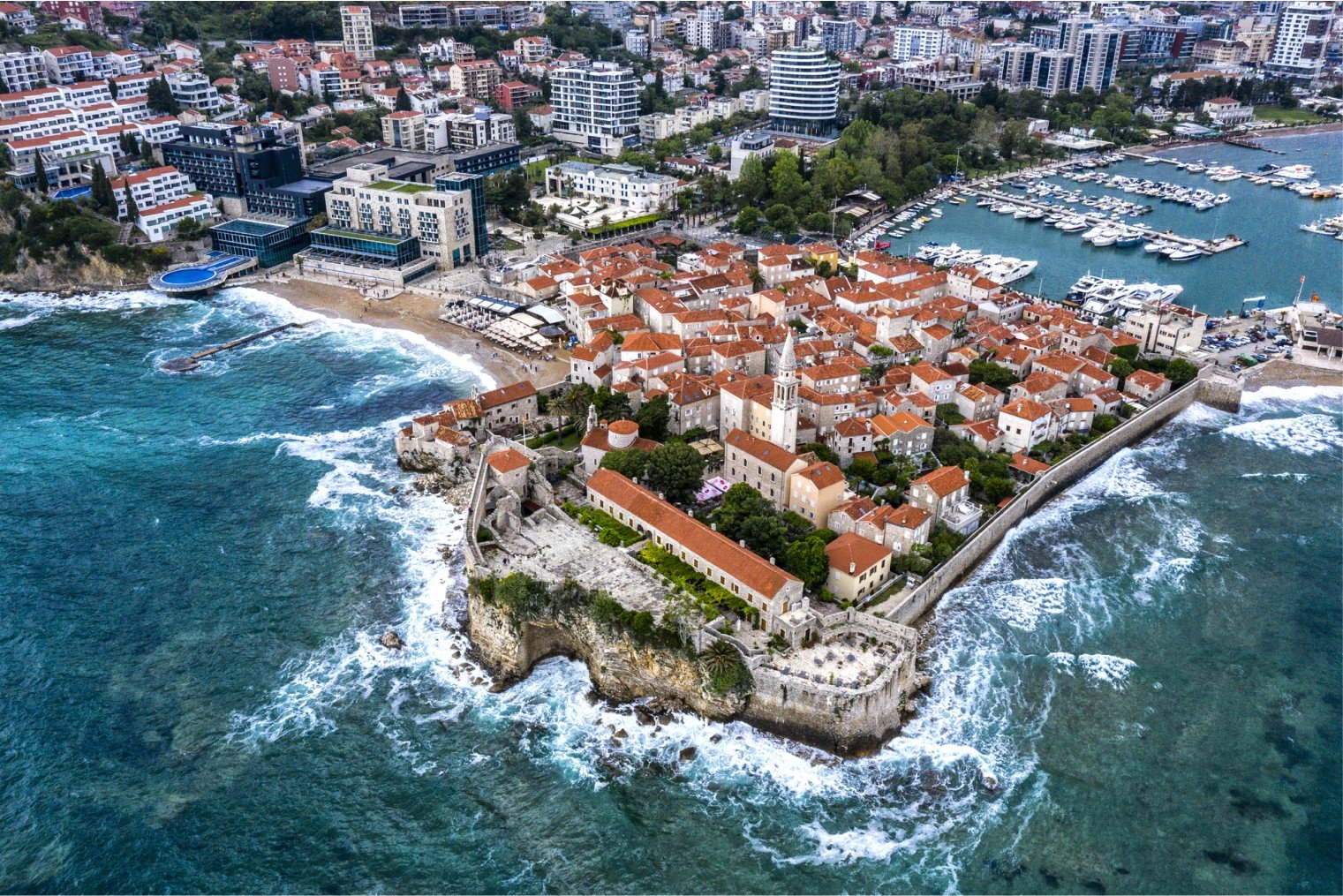 Budva is on the central part of Montenegrin coast, called “Budvanska Rivijera“. It has developed around a small peninsula, on which the old town (map) is situated. It is base for mass tourism, while in its near vicinity there are luxury resorts such as Sveti Stefan (map) and Miločer (map).

There are as many as 35 beaches in the Budva area, mostly rock and a little sand (8 beaches are marked with blue flags).

Budva is 2,500 years old, which makes it one of the oldest settlements on the Adriatic coast. Greek colonization of Adriatic began in the 4th century BC, when an Emporium was established on the site of Budva.

Although confined to the walls of the Old Town for most of its history, Budva started significant expansion into the adjacent Budva field in the 20th century, with the development of tourism industry. Local and state authorities have failed to keep up with the developers, resulting in the unfortunate lack of urban planning in much of the area. Thus, large parts of Budva are connected with an irregular grid of narrow streets, and have overall inadequate infrastructure.

Although Budva is notable for its long history and its well-preserved Old Town, it is not primarily known as a destination for sightseeing or cultural tourism. Unlike Kotor or Dubrovnik, Budva has an image of a crowded beach resort, with a lively and vibrant atmosphere and a very active nightlife.

Budva appears to be undergoing poorly planned, unchecked growth with towering unattractive apartment buildings and hotels being built wherever there is open space – which includes building directly on the beach.

Some tourists may find Budva disappointing and cheesy because of the over-crowded beaches filled with chairs, umbrellas and loud music in some places. Prices for food and accommodation are also well above what can be found in less popular resorts.

The Budva Riviera has some of the most attractive beaches of south Adriatic, and the most pleasant climate in Montenegro. Mogren beach (map) is arguably the best known and most attractive of the Budva city beaches, nested beneath the cliffs of the Spas hill, between cape Mogren and the Avala hotel.

However, majority of the beaches of Budva Riviera are outside the city itself. Jaz Beach (map) is a long and spacious beach west of Budva, its hinterland serving as a popular concert and festival venue, as well as a campground. Bečići resort town, with its long sandy beach (map), is situated south-east of the city, separated from Budva by the Zavala peninsula.

Buses to Dubrovnik continuing to Split run 3 times a week. There are daily buses during the summer in the morning (check current bus schedule for accurate time) which can get full quickly so arrive early to get a ticket. The journey takes around 3 hours.