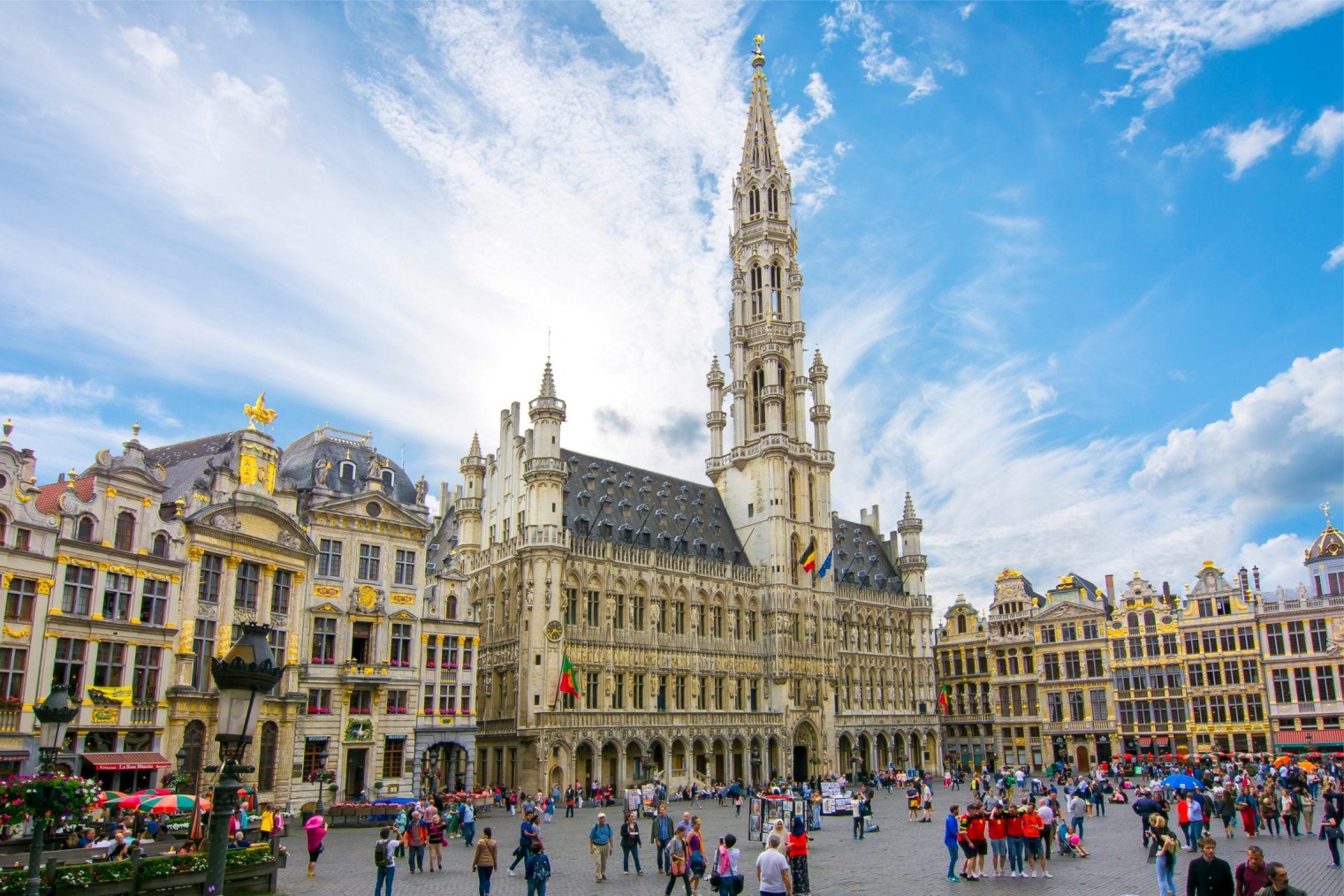 The City of Brussels (map) is the largest municipality and historical centre of the Brussels-Capital Region, and the capital of Belgium,  together with Flanders and Wallonia. It is the administrative centre of the European Union, thus often dubbed, along with the region, the EU’s capital city. This all makes Brussels a rather unique blend, sprinkled with a number of Belgian peculiarities, and for the inquisitive tourist a large treasure chest to discover.

The small medieval centre of Brussels, with at its heart the Grand Place (map), the most beautiful square in the world and  UNESCO World Heritage Site. The centre is a pedestrian only area with small streets and dotted with attractions. You’ll find ample opportunities to try waffles, Belgian beer or fries here.

When Brussels became the capital city of a new country in the 19th century, large parts of the old town were destroyed to make way for brand new ministries, palaces, schools, army barracks and office blocks constructed between 1880 and 1980. The medieval city walls that once defended and surrounded the city were demolished. Only a small historic centre (one square and four adjacent streets) was preserved. The historic Flemish town centres are better preserved in cities like Antwerp, Bruges, Ghent, Leuven, and Mechelen.

Brussels has many wet days, and in winter small amounts of snow can make the ground slushy, so water-resistant footwear is a must if you will be out walking all day.

Royal Quarter (map) is thus named because it houses, on the one hand, the *Place Royale (Koningsplein, map) on the site of the former Palace of the Dukes of Brabant, on the other side of which is the Belgian House of Parliament (Palace of the Nation, map). Below the Royal District is the Central Station (map) and the Mont des Arts/Kunstberg (map) where the Royal Library (map), the Royal Belgian Film Archive (Cinematek, map), the Brussels Centre for Fine Arts (map), the Musical Instrument Museum (MIM, map), the BELvue Museum (map), and the Royal Museums of Fine Arts of Belgium (map) are located.

Ixelles-Elsene (map). A vibrant part of town with a high concentration of restaurants, bars and other services to satisfy the good-looking or the heavy-spending. Some wandering around will reveal small bookshops, affordable ethnic restaurants or independent record shops tucked away in side streets.

Uccle / Ukkel (map). Brussels’ poshest commune. Green, bourgeois and starched like all posh communes should be. Uccle has retained many of its charming medieval cul-de-sacs, tiny squares and small townhouses as has nearby Watermael – Boitsfort / Watermaal – Bosvoorde.

When strolling along architectural sights and museum display cases feels overwhelming, the Sonian Forest (map) to the south of the city will offer a welcomed change of scenery. This vast section of nature, with lakes and century old beech trees, is protected as UNESCO World Heritage Site and a true heaven for fans of outdoor activities.