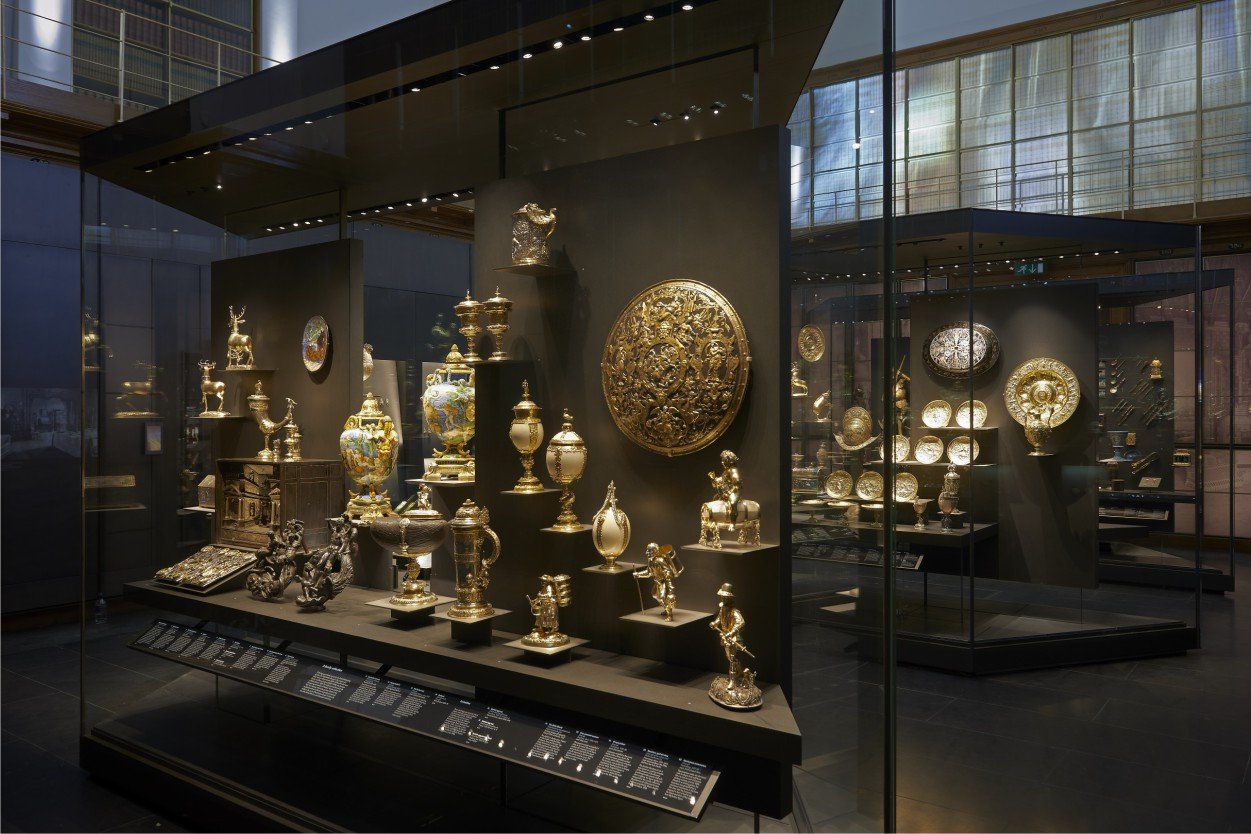 The British Museum (map), in the Bloomsbury area of London, is a public institution dedicated to human history, art and culture. Its permanent collection of some eight million works is among the largest and most comprehensive in existence, having been widely collected during the era of the British Empire. It documents the story of human culture from its beginnings to the present.

It first opened to the public in 1759, in Montagu House, on the site of the current building. Its expansion over the following 250 years was largely a result of expanding British colonisation and has resulted in the creation of several branch institutions, the first being the Natural History Museum in 1881.

Today the museum no longer houses collections of natural history, and the books and manuscripts it once held now form part of the independent British Library (map). The museum nevertheless preserves its universality in its collections of artefacts representing the cultures of the world, ancient and modern. The original 1753 collection has grown to over 13 million objects at the British Museum, 70 million at the Natural History Museum and 150 million at the British Library. > Explore the collection

Department of Egypt and Sudan. The British Museum houses the world’s largest and most comprehensive collection of Egyptian antiquities (with over 100,000 pieces) outside the Egyptian Museum in Cairo. A collection of immense importance for its range and quality, it includes objects of all periods from virtually every site of importance in Egypt and the Sudan.

Department of Greece and Rome. The British Museum has one of the world’s largest and most comprehensive collections of antiquities from the Classical world, with over 100,000 objects. These mostly range in date from the beginning of the Greek Bronze Age (about 3200 BC) to the establishment of Christianity as the official religion of the Roman Empire.

Department of Prints and Drawings. Since its foundation in 1808, the prints and drawings collection has grown to international renown as one of the richest and most representative collections in the world. There are approximately 50,000 drawings and over two million prints.

It ranks as one of the largest and best print room collections in existence alongside the Albertina in Vienna, the Paris collections and the Hermitage. The holdings are easily accessible to the general public in the Study Room, unlike many such collections.

Department of Asia. The scope of the Department of Asia is extremely broad; its collections of over 75,000 objects cover the material culture of the whole Asian continent (from East, South, Central and South-East Asia) and from the Neolithic up to the present day.

Department of Coins and Medals is home to one of the world’s finest numismatic collections, comprising about a million objects, including coins, medals, tokens and paper money. The collection spans the entire history of coinage from its origins in the 7th century BC to the present day and is representative of both the East and West. > *British Museum Department of Coins and Medals

WATERWAYS >   River boat services on the Thames known as Thames Clippers, which offers both commuter and tourist boat services. + River Transport Services. There are many ferry routes into the UK from continental Europe. (*Ferry routes to Great Britain)