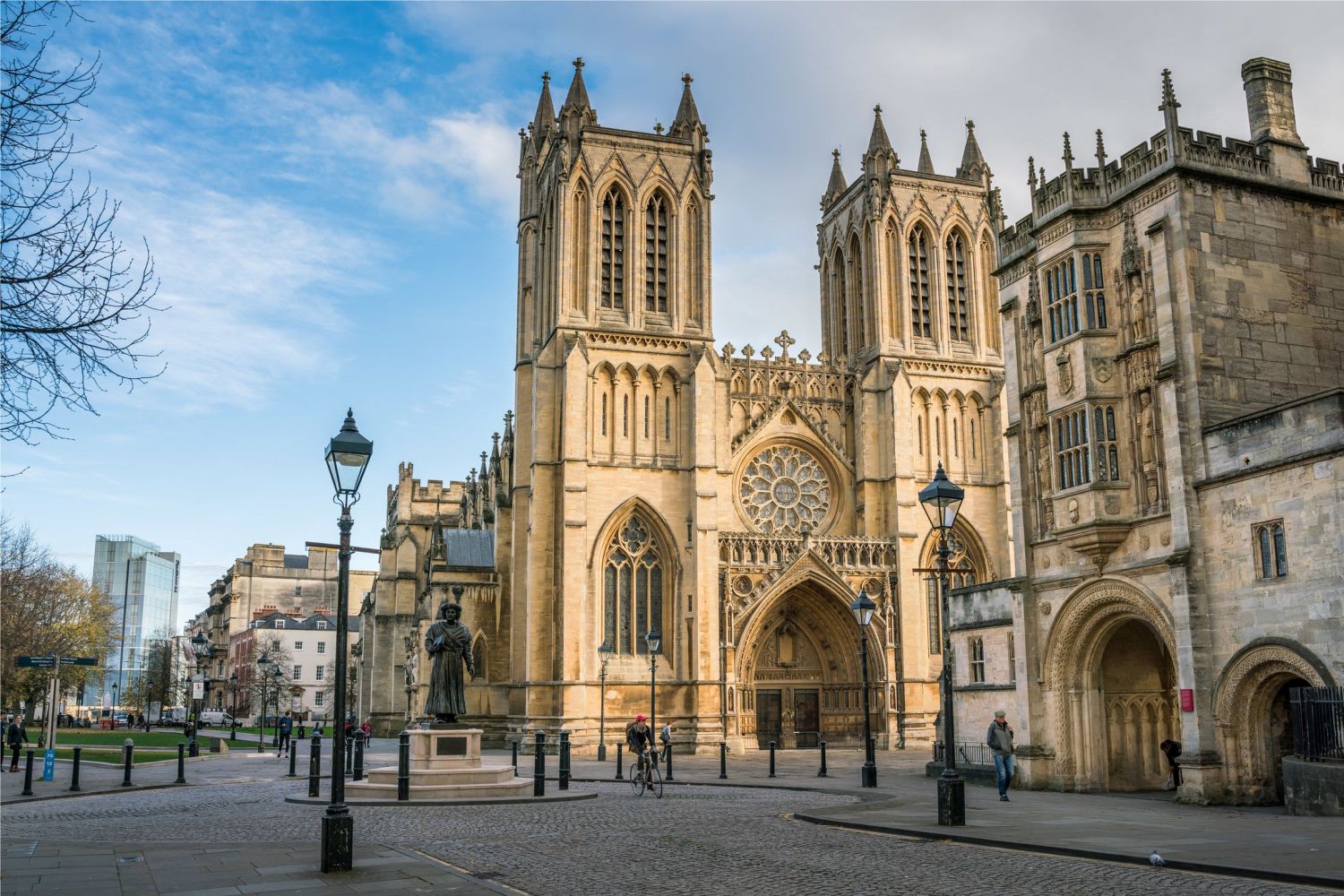 Bristol (map) is a city in the West Country of England. Famous for its maritime history it also offers a great and diverse range of attractions, hotels, bars and events. The best time to visit is in the summer when major festivals are held in the city.

Bristol borders the counties of Somerset and *Gloucestershire and is near the historic cities of Bath to the southeast, *Gloucester to the north and Cardiff, the capital city of Wales, to the northwest.

Although often overlooked as a tourist destination, Bristol has a lot to offer of its own and is an excellent base for exploring the West Country, with relatively inexpensive accommodation compared to some of the main ‘tourist traps’ and a huge choice of bars, restaurants and shops.

At Bristol’s core is the Floating Harbour (map) – a stretch of water that snakes along the city centre which looks like a river in places but which is actually a dock. For centuries the Floating Harbour was where ships docked, bringing trade and prosperity to the city. Today, the industrial shipping has mostly gone and the Floating Harbour is a home for leisure, pleasure craft, upmarket waterfront apartments, and the occasional visiting sailing ship.

+ Street artist Banksy is from Bristol and some of his works can be seen around the city (wandereroftheworld.co.uk).

The Centre (map) is a broad avenue running north-south with fountains and trees and shops, and traffic, reaching the Floating Harbour at its southern end. The Centre is a major interchange for most city bus routes – you can ask a bus driver for a ticket to “The Centre” from anywhere in the city and you’ll get back there.

To the east of The Centre is the core of historic Bristol – the Old City (map). Here major streets include Queen Square (map), King Street (map), Baldwin Street (map), and Corn Street (map). It has wonderful Victorian and Georgian buildings, historic and charming pubs, and many places to shop, drink and eat.

To the north-east of the Old City is Bristol’s main shopping area – Broadmead (map), centred on the Broadmead itself and related streets such as the Horsefair, Union Street and Penn Street as well as The Galleries shopping centre (bristolshoppingquarter.co.uk, map).

At the east end of the Broadmead is the major shopping centre at Cabot Circus (map) and a related development of more boutique shops at Quakers Friars. If you go east of Cabot Circus and across the dual carriageway you get to the less affluent area of Old Market (map), while if you go north of it you get to the St. Paul’s area (map), which is a hotbed of culture but is best visited during the day.

St. Nicholas Market (map). All under a glass arcade and is a great place to grab some deliciously different and cheap food. Choices include, local cheeses, The Bristol Sausage shop, famous Pie Minister Pies, and food from around the world such as Portuguese, Italian, Moroccan or Caribbean and Turkish.

Headfirst is a local website and mobile app that offers detailed listings of what’s going on in many of the bars and late night venues around the city.

BUS >   -Most bus services in Bristol are operated by First Bristol. + Buglers • Abus.

RAIL >   Bristol Temple Meads station (map) is about 15 minutes walk from the city centre and has regular inter-city and regional train services.

There are many ferry routes into the UK from continental Europe. (*Ferry routes to Great Britain)