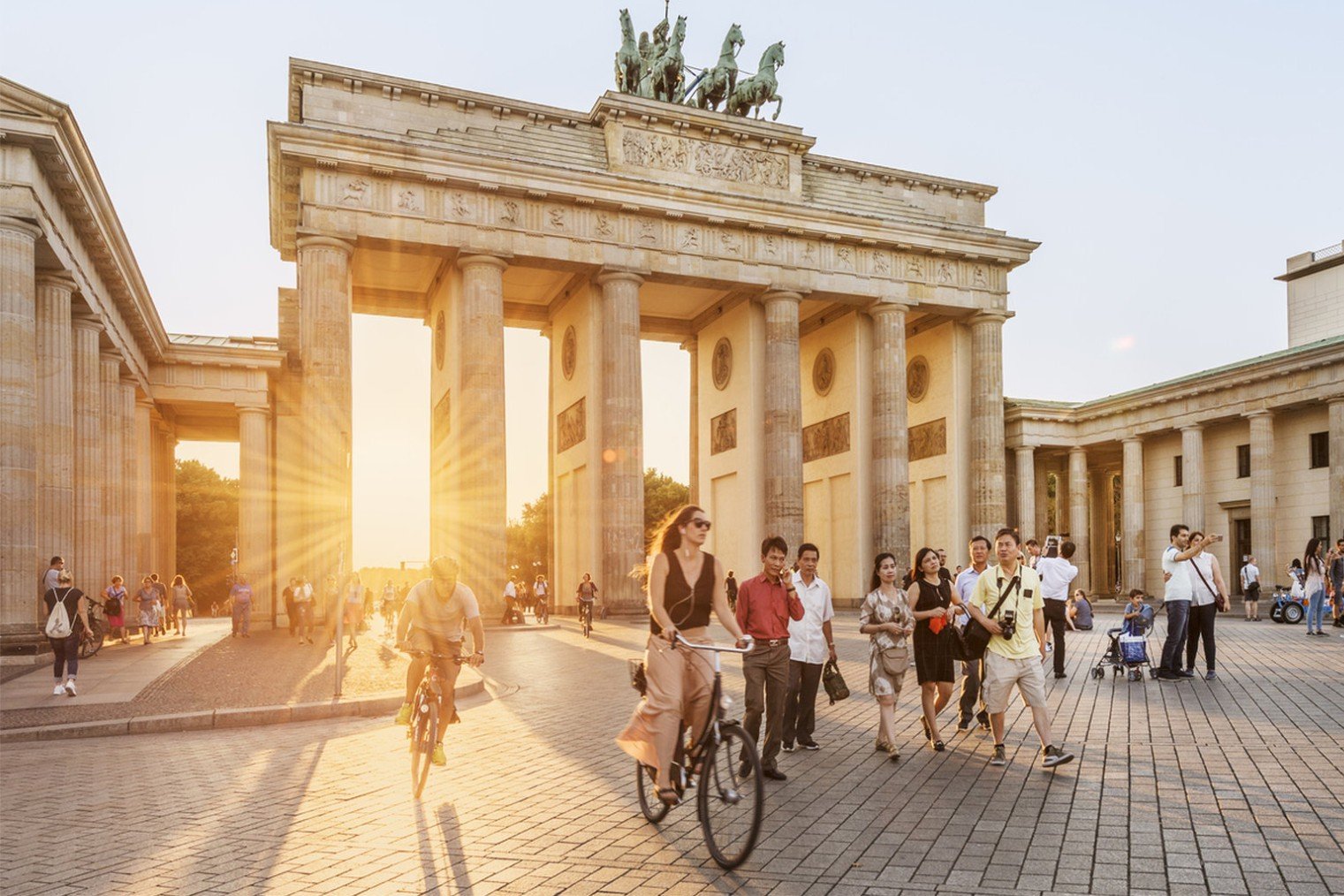 The Brandenburg Gate (map). One of the best-known landmarks of Germany, it was built on the site of a former city gate that marked the start of the road from Berlin to the town of Brandenburg an der Havel (map), which used to be the capital of the Margraviate of Brandenburg.

One block to the north stands the Reichstag building (map), which houses the German parliament (Bundestag). The gate is the monumental entry to Unter den Linden, a boulevard of linden trees which led directly to the royal City Palace (map) of the Prussian monarchs.

The gate was designed by Carl Gotthard Langhans in 1791 and was intended to resemble the Acropolis in Athens. The Brandenburg Gate now symbolizes reunification, after dividing East and West Berlin for decades. This is the site of Reagan’s “Mr. Gorbachev open this gate, Mr. Gorbachev tear down this wall” speech.

The Brandenburg Gate was not part of the old Berlin Fortress, but one of eighteen gates within the Berlin Customs Wall, erected in the 1730s, including the old fortified city and many of its then suburbs.

The new gate was commissioned by Frederick William II of Prussia to represent peace and was originally named the Peace Gate. It was designed by Carl Gotthard Langhans, the Court Superintendent of Buildings, and built between 1788 and 1791, replacing the earlier simple guardhouses which flanked the original gate in the Customs Wall. The gate consists of twelve Doric columns, six to each side, forming five passageways. Citizens were originally allowed to use only the outermost two on each side.

BVG – ROUTE PLANNER – All public transport in the city. Travelers can access all modes of transport with a single ticket.

CityMapper – Berlin | The ultimate transport app and technology for mobility in cities.