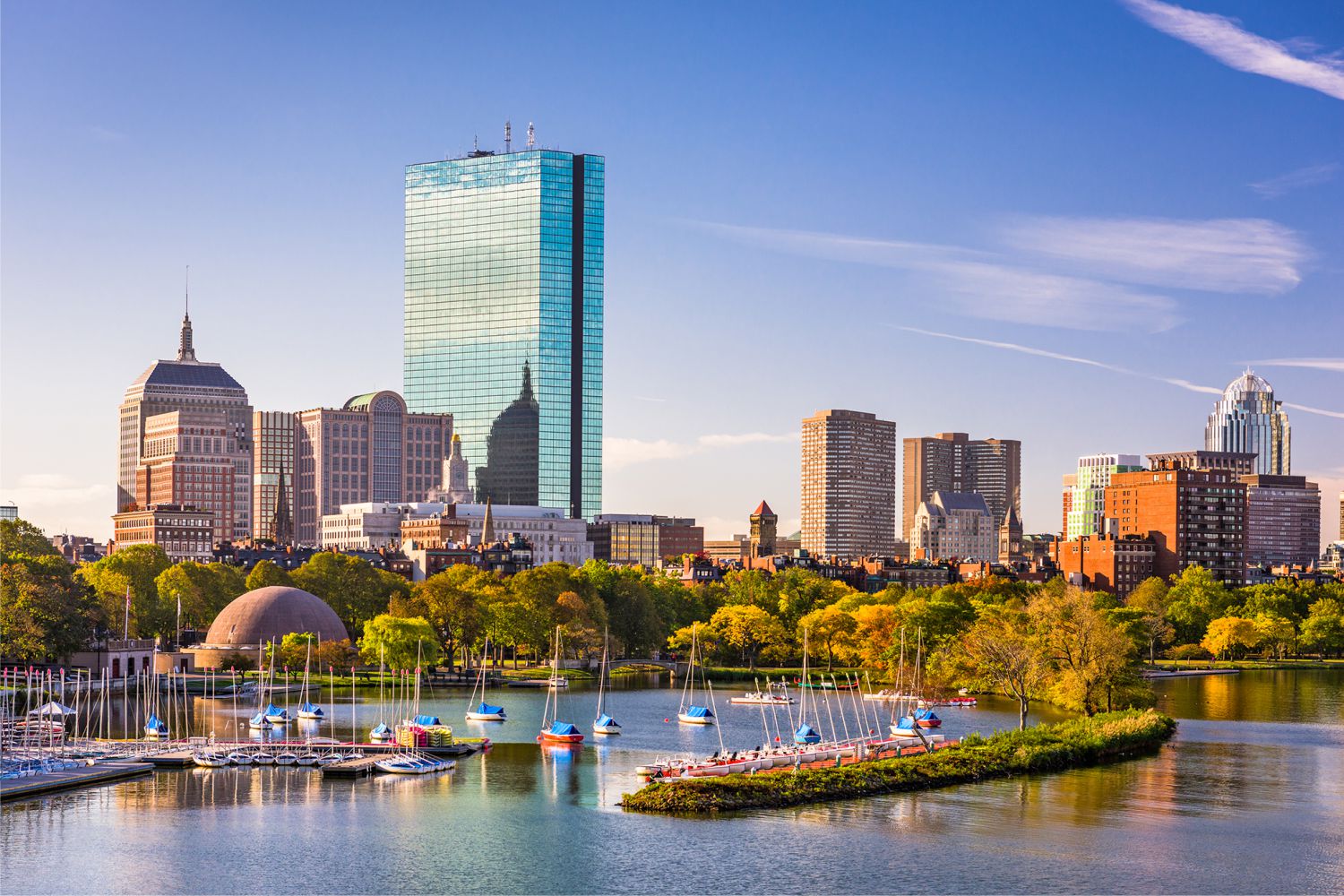 Boston (map) officially the City of Boston, is the capital and most populous city of the Commonwealth of Massachusetts.

Boston is one of the oldest municipalities in the United States, founded on the Shawmut Peninsula in 1630 by Puritan settlers from the English town of the same name. The city’s independent spirit has been displayed to the world ever since colonists angry over a British tax on their beloved tea dumped shiploads of it into the harbor in protest.

No other American city has made more of an effort to preserve its history, and you’ll find buildings that pre-date the republic dotted throughout the region.

Central (*Downtown, *Chinatown, *North End, *West End). The center of the city in so many ways, Downtown Boston is where it all begins. Perennial tourist favorites Faneuil Hall (map) and Quincy Market (map) are here, while most Freedom Trail sights are found nearby.

*Back Bay – Beacon Hill. Classic Federalist architecture, *The State House (map), America’s oldest city park, and one of its most photographed streets are waiting.

*South End (map). A high-end shopping, dining and art scene has coalesced around the South End and SoWa Market (map). Its renowned Victorian brownstone buildings and gas-lit cobblestone streets can charm at any time of year.

Unlike other large American cities, Boston is not laid out on a grid. Folklore says modern streets were designed by wandering cows, which is surely a myth.

With a compact and walkable central core, Boston is more similar to a European city than to its American counterparts. The narrow, winding streets can sometimes make getting around a bit of a challenge, but with a good map and a sense of adventure anyone can find their way.

For some of the best discounts on popular tourist attractions check out 50 Under 50. Run by the official Massachusetts Tourism organization, they offer deals on a few of the most popular options in town. Also look into the Boston CityPASS, which for $56 allows you 9 days to visit up to four famous sights. Alternatively, the GoBoston Card allows more flexibility by offering passes purchased by number of days or attractions visited.

First Night > 31 December – 1 January annually. Boston’s New Year’s Eve celebration is the oldest public New Year’s Eve party in America, and has been copied by cities around the world. It’s a city-wide, family-friendly arts and culture festival which starts in the late morning with child-centric events and continues with dozens of music, dance, poetry and other exhibitions through midnight, culminating in fireworks on the waterfront. Dress appropriately!

The best way to get around Boston is the MBTA, or “T” for short. As the fourth largest transit system in the US, the T conducts a daily symphony of every conveyance imaginable to move over 1.3 million people to their destinations. Use your favorite mapping application, or the official MBTA transit app to help plan your route.