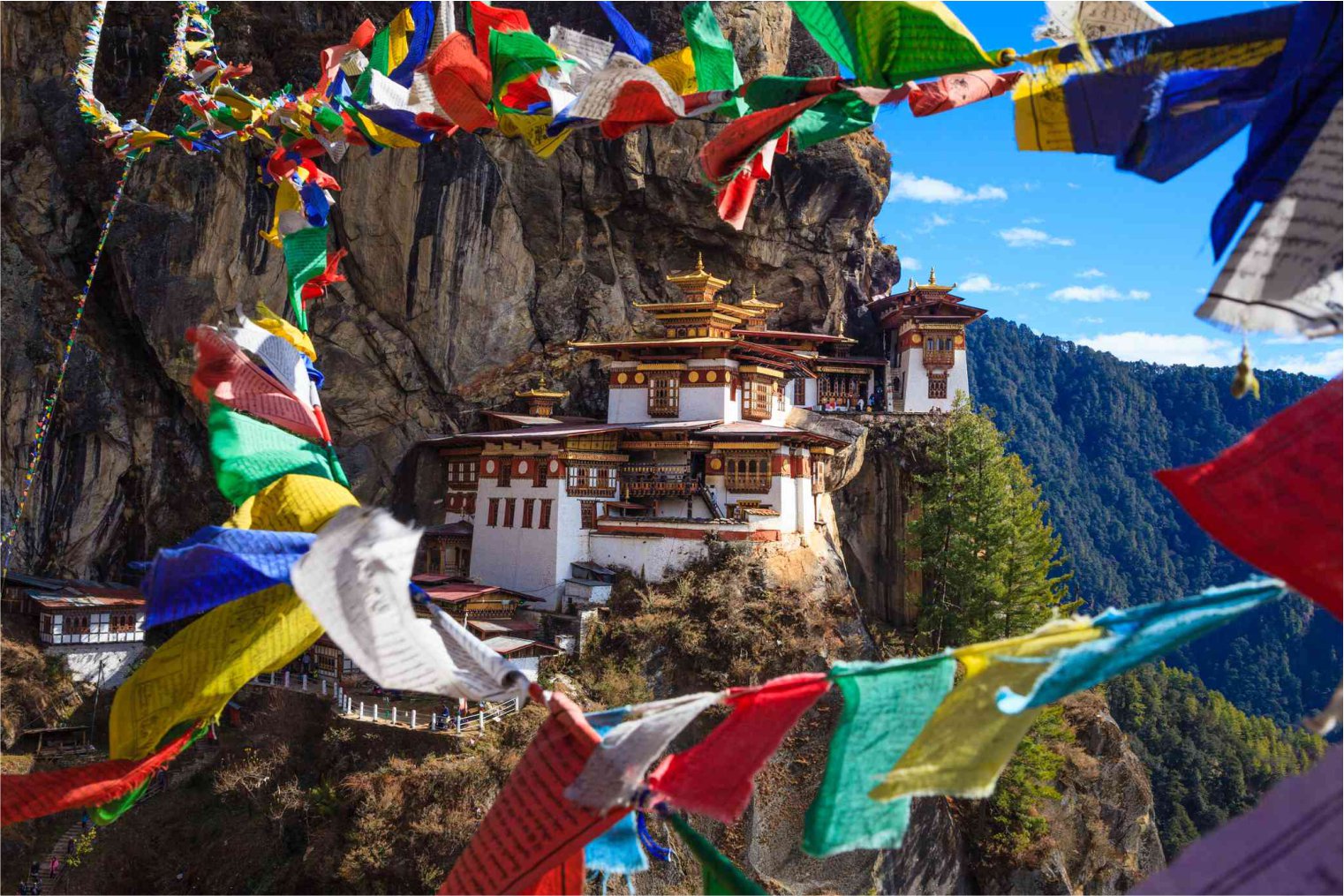 Bhutan is a unique country both culturally and environmentally. Perched high in the Himalayas, it is a Buddhist kingdom. It has developed the philosophy of Gross National Happiness, whereby development is measured using a holistic approach of well-being, not just based on gross domestic product.

For tourists a daily fee is imposed of anywhere between US$180 to US$290 per day (or more). All tourists (group or individual) must travel on a planned, prepaid, guided package-tour or according to a custom-designed travel-program. Most foreigners cannot travel independently in the kingdom. Potential tourists must make arrangements through an officially approved tour operator, either directly or through an overseas agent.

The most important centres for tourism are in Bhutan’s capital, Thimphu, and in the western city of Paro, near India. *Taktshang (map), a cliff-side monastery (called the “Tiger’s Nest” in English) overlooking the Paro Valley, is one of the country’s attractions.

The majority of tourists do “cultural tours” where they visit important destinations. *Paro, *Thimphu, *Punakha, *Phobjikha, and *Jakar are popular destinations. Further afield, the unexplored region of *Zhemgang (birders paradise, excellent wildlife viewing) and Eastern Bhutan have just been opened up to tourism. If you are an adventurist and want to explore the unexplored the east of Bhutan is the place for you.

+ The Department of Forest and Park Services (DoFPS)

The best time to visit Bhutan is the spring and winter season. In the spring (March to June) the jacaranda and rhododendron trees can be seen in full bloom. In the winter (October to December) visitors get an unobstructed view of the snow-capped Himalayan range bounding Bhutan due to clear sky with little to no rain.

*Paro Airport is the only international airport in Bhutan.