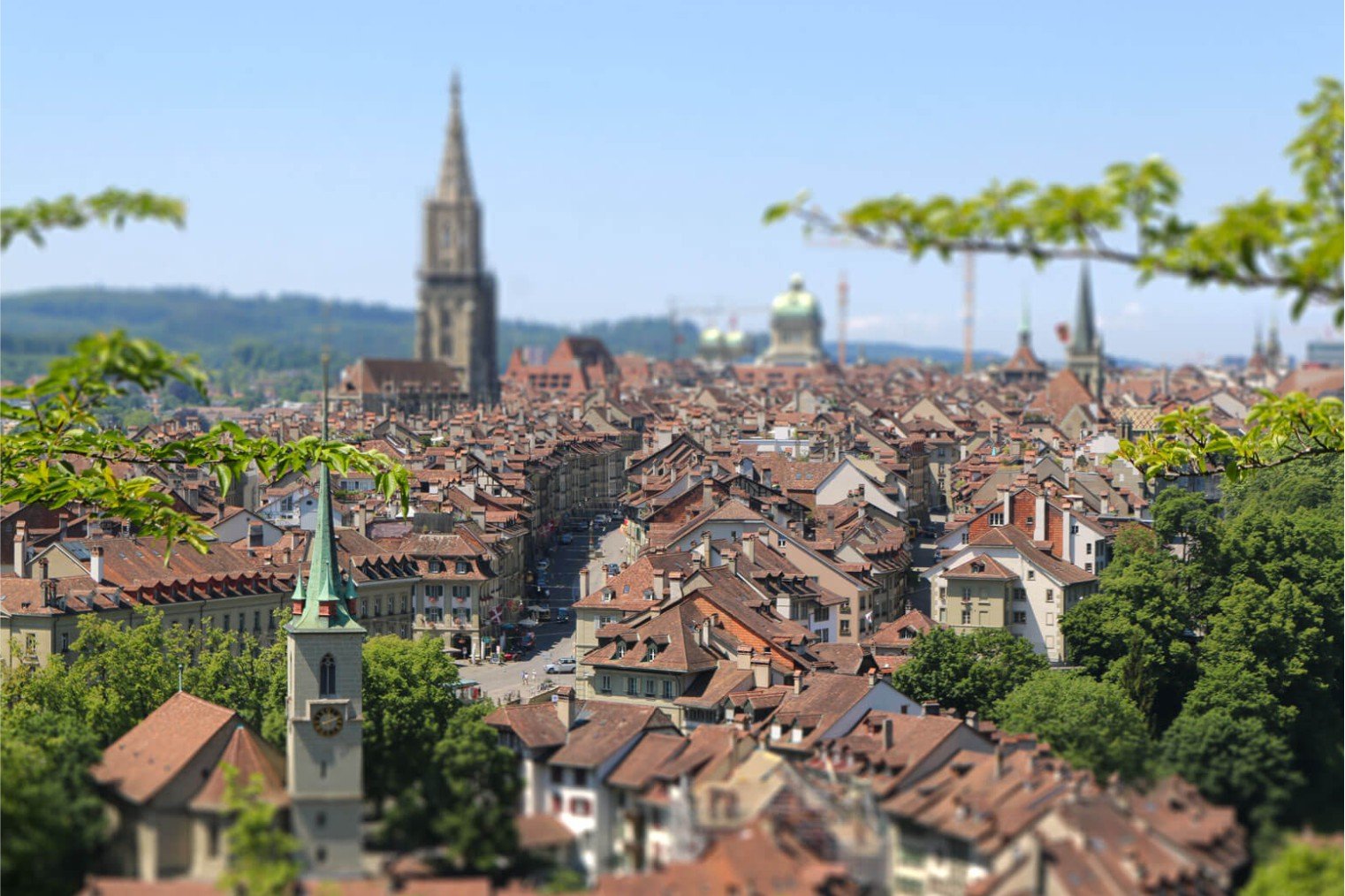 Although Berne (map) is the seat of most of the institutions of the Swiss confederation, this is only a small to medium sized city. The remarkable design coherence of Berne’s old town (map) has earned it a place on the UNESCO World Heritage List.

Situated in the middle of Switzerland, Berne is easy to reach from all parts of the country. Berne is full of history and museums. It also has quite a bit of public art, all of which is marked on a walking map which is available from the tourist office in the train station for free.

Bern is home to 114 *Swiss heritage sites of national significance (sgkgs.ch). Thanks to 6 kilometres (4 miles) of arcades, the old town boasts one of the longest covered shopping promenades in Europe.

Zytglogge (map). It has been a guard tower, and a prison for women convicted of having sex with priests, but since the 15th century, it’s been a clock tower with an elaborate astronomical clock. Hourly throughout the day, it puts on a great display of early animatronics. There are guided tours inside the tower that will let you have a look at the clockwork while the show is displayed outside.

Buskers Bern. Since a few years the annual street musician festival is taking place in the picturesque old town streets. You don’t need to buy a ticket but are encouraged to buy a festival pin or give donations to the musicians which come from all around the world.

Rathausgasse (map) and the streets parallel to it have any number of cute shops with an amazing range of handicraft and luxury goods. This is not the normal range of Swiss souvenir stuff, but really interesting things. There are a couple of worthy examples below, but the real pleasure is in spending a few hours (or days) exploring the arcades and vitrines.

Berne Historical Museum (map). Large historic museum, combining under one roof one of the country’s most important ethnographic collections together with the Bernese historical collections from prehistory to the present day.

Bundeshaus (map). Inaugurated in 1902, the Swiss Parliament building is a great dome separating the two chambers: the National Council and the Council of States. Free guided tour when Parliament is not in session.

Einsteinhaus (map). Einstein rented this flat 1903-05 with his first wife Mileva, during his years working at the Swiss patent office. Their son Hans Albert was born here in 1904; their illegitimate daughter Lieserl (b. 1902) was given up for adoption and her fate is unknown. But above all Einstein’s special and general theories of relativity were born in this flat, which now displays photos and original documents from his life, work, and speeches.

Zentrum Paul Klee (map). Klee was celebrated for his “child’s view” of the world and his work is so accessible and fun, eg his wacky glove-puppets. A short walk across the adjacent park brings you to his grave.

Bear Pit (map). Always open, but the bears hibernate Nov-Mar. Run as an outstation of the city’s Dählhölzli Zoo, the bear pit has a tunnel through to a bosky enclosure along the steep river bank, around which the bears can roam and swim.

Gurten (map) The Gurten is a lovely hill just outside the city. It features a park and great view over the city on one side and a nice panorama of the Bernese alps on the other. The park is visited heavily by locals to play ball, to barbecue or to just lie in the sun. Tourists are not an unusual sight, though this little attraction is missed by most of the many that visit the city. Hiking paths lead in all directions and you will almost certainly stumble across some cows when walking around.

Eating in Berne (or almost anywhere in Switzerland for that matter) can be an expensive proposition for foreign tourists. Be patient and you will persevere without breaking the bank. In the ancient Matte neighborhood, which is well worth a daytime visit too, you’ll find nightlife options for almost every taste.