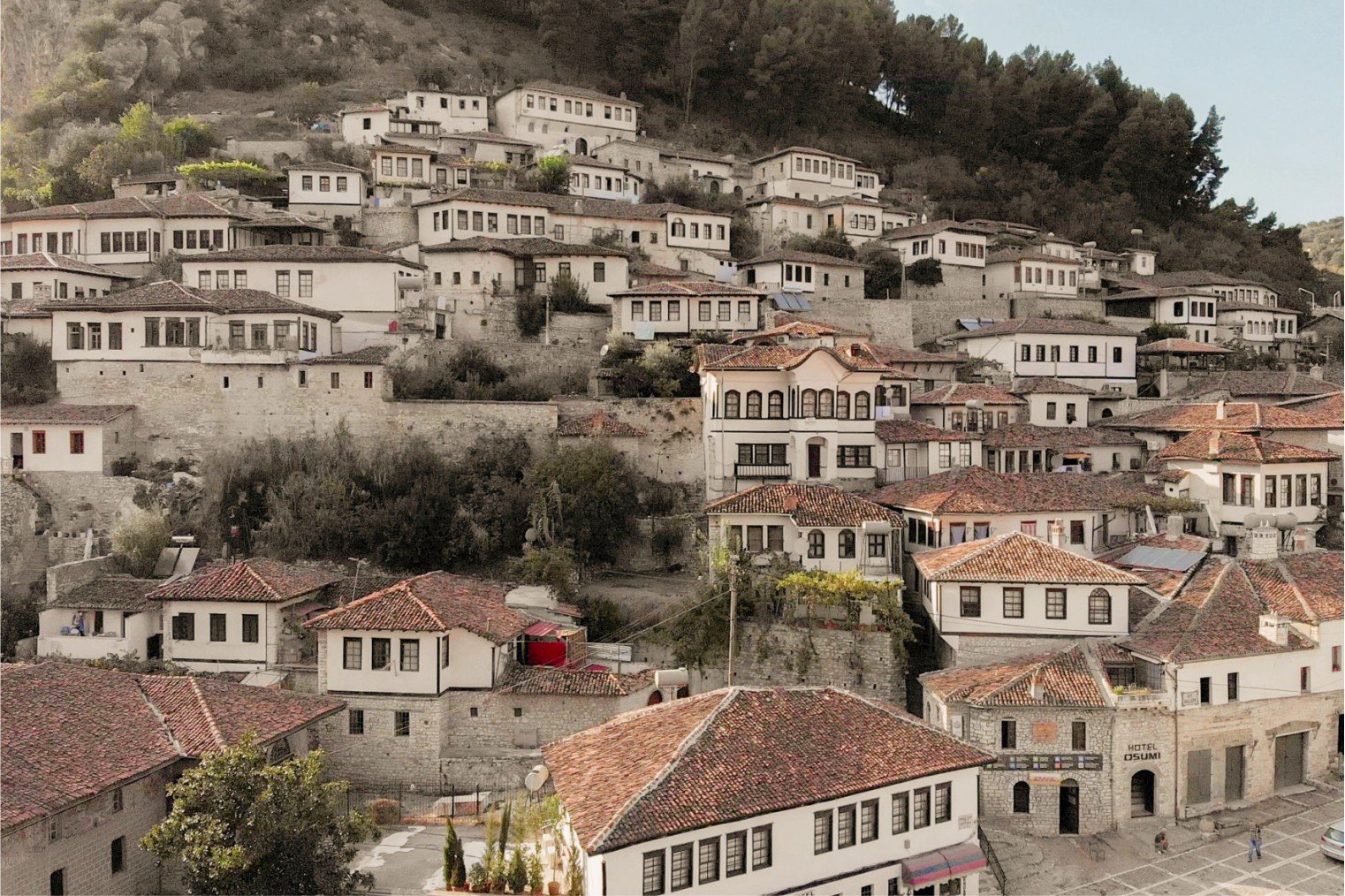 Berat (map) is the ninth most populous city of the Republic of Albania. In 2008 it was designated as a UNESCO World Heritage Site as it is a rare example of a well-preserved Ottoman city. It is one of the country’s most beautiful cities, and is known as the “city of a thousand windows”.

Like many cities in Albania, Berat comprises an old fortified city filled with churches and mosques painted with grandiose wealth of visible murals and frescos. Berat is one of the main cultural centres of the country. >> *Tourist attractions in Berat

The coexistence of religious and cultural communities over several centuries, beginning in the 4th century BC into the 18th century is apparent in Berat. The town also bears testimony to the architectural excellence of traditional Balkan housing construction, which date to the late 18th and the 19th centuries.

*Berat Castle (map). It dates mainly from the 13th century and contains many Byzantine churches in the area and Ottoman mosques.

The Church of St. Mary of Blachernae (map) dating from the 13th century, has 16th century mural paintings by Nikollë Onufri, son of the most important post-medieval Albanian painter, *Onufri.

The most interesting is the cathedral of St. Nicholas (map), which has been well restored and is now a museum dedicated to Onufri. Onufri was the greatest of the 16th century painters in Albania. Not only was he a master of the techniques of fresco and icons, but he was the first to introduce a new colour in painting, shiny red, which the French called “Onufri’s Red”. In addition, Onufri introduced a certain realism and a degree of individuality in facial expression.

RAIL >   It is not possible to enter or leave Albania via train.