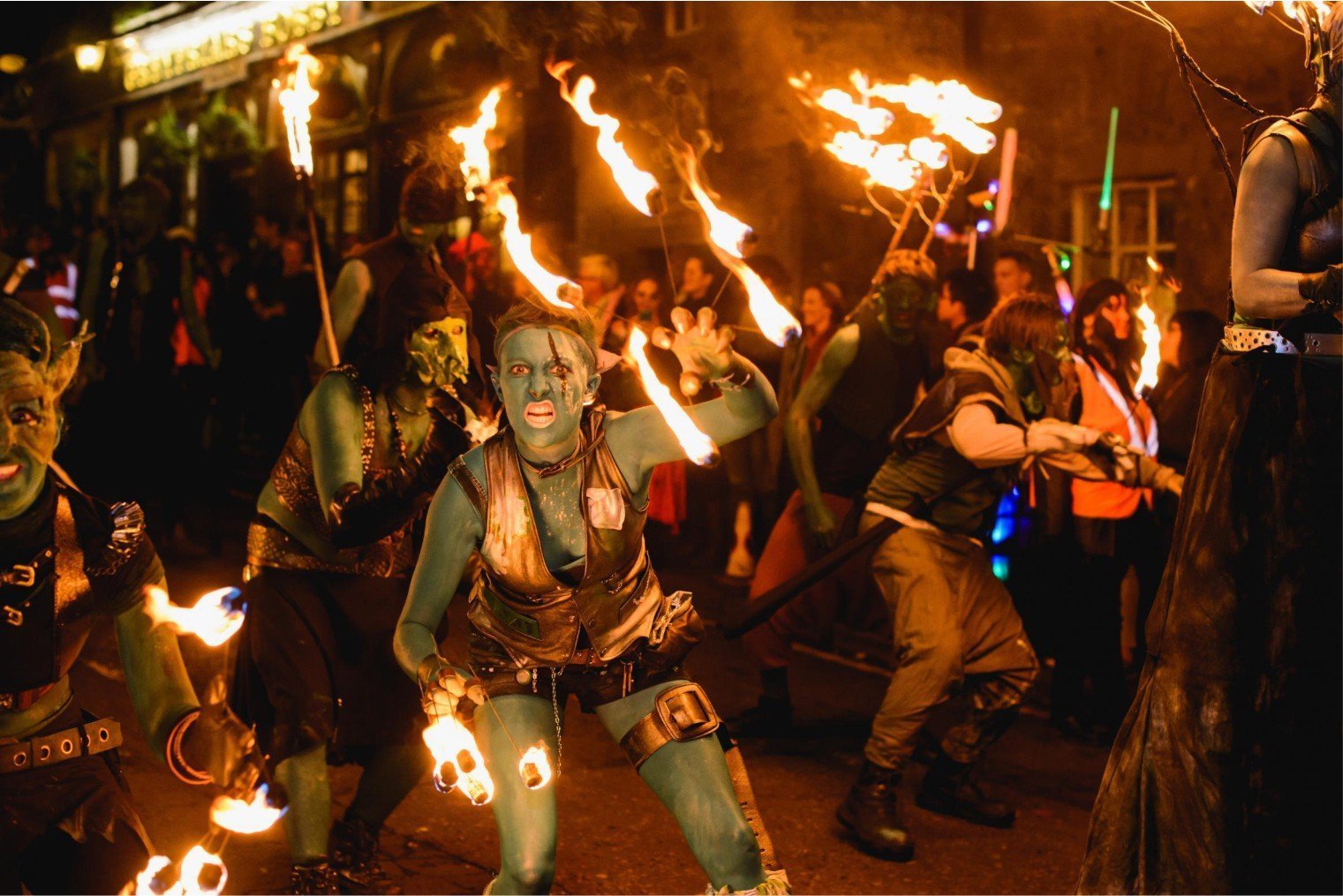 While the festival draws on a variety of historical, mythological and literary influences, the organisers do not claim it to be anything other than a modern celebration of Beltane, evolving with its participants.

The current Beltane was started in 1988 by a small group of enthusiasts including Angus Farquhar of the musical collective Test Dept., and dancers from Laban, as well as academics from the School of Scottish Studies at the University of Edinburgh. Originally an event with a core of a dozen performers and a few hundred audience, the event has grown to several hundred performers and over ten thousand audience.

The modern Beltane Fire Festival is inspired by the ancient Gaelic festival of Beltane which began on the evening before 1 May and marked the beginning of summer.

Calton Hill is a hill in central Edinburgh situated beyond the east end of Princes Street and included in the city’s UNESCO World Heritage Site. Views of, and from, the hill are often used in photographs and paintings of the city.

Calton Hill is the venue for a number of events throughout the year. The largest of these is the Beltane Fire Festival held on 30 April each year, attended by over 12,000 people.